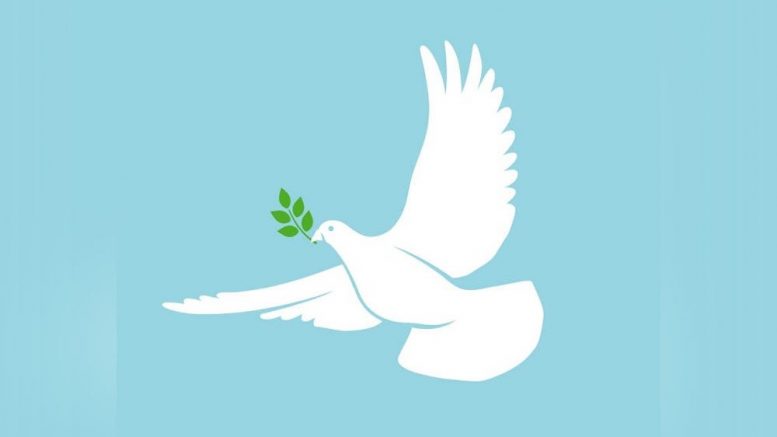 As I woke up today and got ready for my daily dose of news, I came across the news of a blast at the Indian Air Force base in Jammu, where drones were used for dropping high-grade explosives from close quarters. US and Syria, Palestine and Israel, conflicts in African countries, Russia, Ukraine, and other parts of the world often make headlines in local, national, and international media.

Riots, conflicts, clashes, attacks, and armed resistance meant to challenge regimes, governments, policies, and many a time corporate entities have been on a subsequent rise in the last few decades. Government bodies, bureaucrats, politicians, and relevant representatives of the entity in question works on addressing the core issues, negotiating, finding solutions, and delivering them in order to mellow down the conflicts and bring peace.

Idea is to create such peace-building efforts, which ensure post-resolution behaviour of the audience in line with the mutually agreed thought-process, and solutions. The audience however large or small, however focused or diverse, however, educated or illiterate, however poor or economically well placed needs to understand and accept the peacemaking efforts that are directed towards the wellbeing of the audience.

These initiatives work on forging healthy relationships with audiences coming from cross-border, multi-disciplinary, inter-cultural environments often. Audiences often have a diverse socio-political environment and, in most cases, are supported by military structures, which always leaves certain gaps in communications between the conflicting groups. Most important is to understand the underlying cause of conflict whether it is social, political, or military in order to address these issues.

Media and communications have a strong impact on human behaviour and how human beings connect with each other. And this becomes all the more important in the current context. It is important for the media and their editorial maneuvers to drive home peace and not fuel the conflict, but how will they do so in absence of proper information. While it is important for the media to highlight the problems, issues, and other negative news, it should be presented in a way that triggers peaceful solutions and not incite violence or conflicts.

Can media work towards de-escalation of conflicts and enable an environment peaceful co-existence is the quintessential question? Media is well connected with the conflict zones today and becomes pretty much the most relevant entity in conflict transformation. Social transformation is the key to address any ongoing conflict, however, it is also the most challenging thing to happen during such time. Media of all kinds, play an extremely significant role in conflict management.

Communicators can inculcate ways of constructive dialogues among the affected groups via education, that help build, establish and re-establish trust among people, communities, and groups. Dialogues with an open and transparent mindset can help people from diverse cultures and backgrounds fostering mutually respectful relationships.

Inculcating via communications an environment of mutual respect for diverse cultures, beliefs, practices, lifestyles, and ideas among people, groups, societies, and communities can be a great way to resolve conflicts and restore peace.

What is most important is not just to send pre-approved messages to the audience in conflict and direct them on what to do, but instead creating a dialogue and engaging them in the process of building and restoring peace via communications.

Increasing awareness about issues of peacebuilding via engagement of people and conversations for managing post-resolution behaviour will have a better impact in terms of change in their attitudes.

Be the first to comment on "Communications for Peace"

When a guest enters a home, the home changes…

A listicle to help your brand write a great listicle!