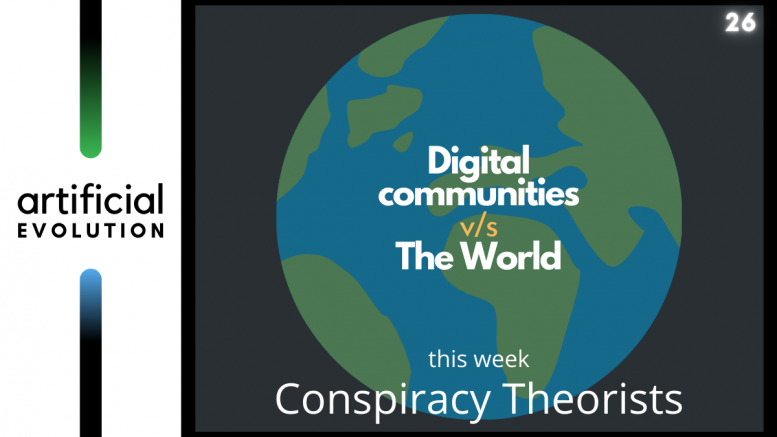 The primary use for social media is for users to stay connected. Our connections define who we are and we do online. This series attempts to focus on the power of digital communities and how, sometimes, they become catalysts for change.

Or sometimes, they go the other way.

Author’s note: This article in no way claims to be support or believe any claims mentioned. Except the UFO thing. That’s pretty real.

That’s the real CNN reporting about it.  This was in 2019.
Then HBL reported it last month

So did aliens build the pyramids are now secretly our overlords that send drone ships to spy on us time to time to see evolved our species of self destructing apes is?

So what are you trying to say?

The exact opposite of everything in the introduction.

Conspiracy theories are usually born out of half truths and gossip. If they were a product, they’d be called Rumour™ Pro Max.  They’re built to cause a stir. Often to distract from the thing at hand. Technology has brought us together in all forms and there are enough people out there who get a kick (or kickback ;-)) from belching things that are designed to be outrageous enough so a small amount of early adopters buy into it. Then the idea spreads.

There is an abundance of conspiracy theories we see everyday. 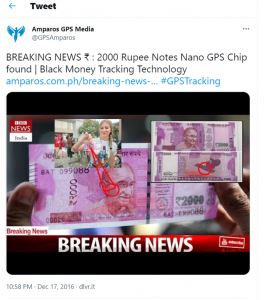 So groups and communities do this?

They have to. They know that their success lies in the network effect. The more followers they have, the more authentic they seem, which further drives more followers.

Communities often form around an idea or specific agenda. As mentioned, a core group is formed. They create structure around the, well, story. Then they find evidence, patterns and supporting arguments about their belief systems.

There are three broad types of conspiracy drivers:

In the past 15 months, we’ve been inundated with information about COVID 19. From it being released by a certain lab (this idea is still being spoken about) to Mr. Gates wanting to plant microchips in our blood to track us.  (You know, because nobody uses Windows computers and he doesn’t have that clear window.)

VICE did a crisp job at showing this story:

You know how when things start to get really strange, the mainstream gets into gear to normalise or debunk it. Everybody from talk show hosts Trevor Noah and John Oliver and even Indian news publications had to come out and start debunking these theories because they started to have real world effects. Cases started to rise exponentially. The flattening of the curve became arduous and localised micro groups started to form to connect, discuss and show disdain to the mainstream media.

In researching this piece, I found a great little article by HealthAnalytics Asia. 50 most frequently forwarded COVID 19 messages. Have a look.

Alright, let’s make this a bit sharper. We’ll talk about 2 specific groups – 1 Indian and 1 International. Just to get perspective on how we think the same way – just in different directions.

Run and curated by Yohan Tengra, this group has grown to about 5000 users on Instagram,  17000 followers on YouTube and a currently unknown amount of members on Telegram.

This platform is used for spreading ‘information’ about a couple things. The bio reads:

The idea behind the group is to create an anti-mainstream narrative. They run video interviews with experts and discuss charts and statistics. Patterns and news are also discussed.

Please give it a shot. I’ll wait. If you like his thoughts, you’re probably not going to return anyway. If you don’t, you’ll be back in about 10 seconds.

If this name rings a bell, it’s pretty obvious how famous they are. Unlike the earlier group, the leader here is a shadowy unknown figure named Q who is actually a White House Insider and worked in the 45th President’s Office. Besides positioning the 2016 president elect as the ultimate leader of the free world, they were also COVID deniers and for some reason thought the opposition leader literally drank the blood of children. The overall reach hasn’t really been calculated because new fringe groups kept popping up but is projected to have over 10s of Millions of followers in 2020.

So what do I do? These seem a little too over the top. They look fake.

If they do, kudos. You’re probably well informed and get your information from reliable sources and have the time to engage with this. If this does intrigue you however, don’t fret – it’s meant to.

Content of this nature allows your brain to think in a way where reality is not what it seems to be. The result can be at it’s least – you become the irritating guy at the party and at it’s most – dangerous.

This piece is not meant to make fun of anybody’s belief systems. Only to point out the fact that there are people who gain from this. Whether YouTube views or political prowess, always understand the source and rely on your best judgements before you form firm beliefs.

As a parting thought, specifically for the uncertain times we live in, I urge you to follow FactCheck for all evidence based reporting about COVID and its related subjects.

Being informed is good. But check your sources once in a while.

Be the first to comment on "Digital Communities vs The World: Part 2 – Conspiracy Theorists"

The rise…and the beginning of the end