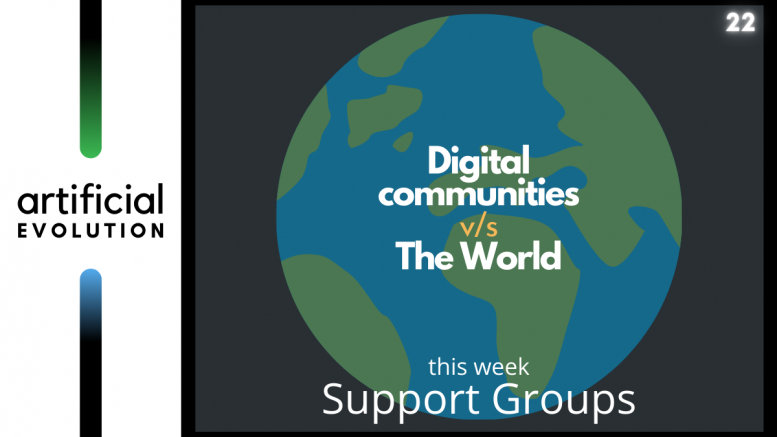 The primary use for social media is for users to stay connected. Our connections define who we are and what we do online. This series attempts to focus on the power of digital communities and how, sometimes, they become catalysts for change.

Income equality, racial tensions and a stressed workforce will be accelerate the rate of entropy we deserve and expect. Giving examples of the average net earnings of Americans vs Indians is not going to do solve anything since misplaced facts often increase stress and reduce self worth.

Having said all of that, we need to recognise how digital India got together to help. A legitimate effort is being made by some heroes in the world.

Since April 2020, hundreds of thousands of lives in India were changed in a matter of weeks. A term often used in investor and speculator circles, FUD or Fear, uncertainty and doubt, was at an all time high. Citizens and their families that depended on daily wages or sales from their hands-on jobs and businesses saw a drastic fall in income. Whilst a lot of us in the privileged lot started binging on Netflix and cleaned our houses for the first time, the situation outside was dire.

From an economic standpoint, investments and expenditure were in a squeeze for the first 2 months in the lockdown. Citizens lived in fear about the disease we were all hearing about 42069 times on the news about.

But then, the law of the universe dictates balance.

The good in humanity stepped up.

In the beginning, it was not just “that you shouldn’t eat outside food” – it was “just don’t leave the house”. And with good reason. The pandemic was at it’s onset and India was under lockdown.

One of the industries hit hardest were street vendors. In metros and towns alike, the local food stalls had been forced to vanish. Some migrated to becoming home chefs to provide daily meals to working bachelors and essential workers. But a major population could not afford these pivots.

The content creator community of India really stepped up. From HMM to FoodLoversTV, every food creator out there wanted to use their influence for good. It wasn’t just about creating content for YouTube money anymore.

The heartwarming moment was when these vendors saw their sales shoot up to 5x and sometimes 15x of their lockdown 1 levels. Thank you creator community.

It started with Vitalik Buterin, a Russian-Canadian programmer and writer. He is also one of the founders of the 2nd largest cryptocurrency by market cap – Ethereum. During the second wave of the pandemic, India was hit the hardest. Vitalik, was donated an X amount of cryptocurrency in a new meme currency called ShibaInu (kinda like DogeCoin – but not). He further donated about the equivalent of about USD 1Billion to the official India crypto relief fund. Sandeep Nailwal from PolygonMatic, one of India’s foremost leaders in the blockchain industry, led this programme.

Post this, ex pacer Brett Lee and other celebrities joined in to creating a support system for the fund that ultimately went on to acquiring important medical devices and support systems in the country’s fight against the pandemic. 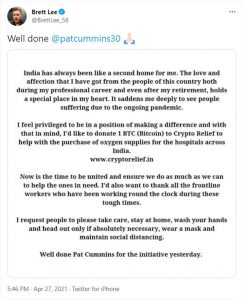 It’s good to be good.

With platforms like Ketto and other crowdfunding avenues opening up, even you and I can be a part of this system. Don’t have cash to donate? Give your time. Share a bunch of videos. Put out social media shout outs about local businesses or just start ordering directly via safe local food businesses than from aggregator apps or multinational food chains.

We’re just about out of this. With over 460 million doses given, India is now it’s way to herd immunity. Regardless of the severity of the third wave, ladies and gentleman – this is the home-stretch.

Our species is called human kind.
Let’s be both.

Disclosure: The author was a part of the phase B of the fundraising round for the India crypto fund and donated an X amount in cryptocurrency.

Be the first to comment on "Digital Communities vs The World: Part 3- Support Groups"

Can brands depend upon user generated content for their promotions?