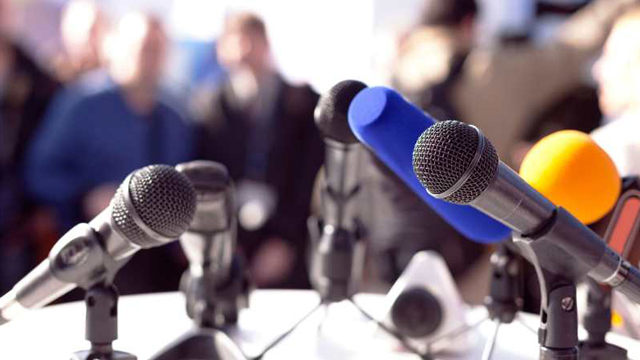 This is a contentious subject. But one which is worthy of a debate.

Media/ journalists prefer one on ones to a large press conference, because they can get exclusives, or additional information from the MD/ leader of a company.

I remember the days where we (client and PR partner) used to try various things to ensure that key publications got some exclusive face time with the MD of the client company before or after the press conference, just to get those additional points and a larger story. This task of getting individual journalists to interact was never smooth, with all kinds of subterfuge being employed. After all, we did not want to antagonise the other media present.

Today, when virtual press conferences are the norm, the subterfuge is considerably less, with other one on ones being set up virtually as well!

But do press conferences really help the company’s cause? I would say that it does help if one is clear about what objectives are trying to be met. In fact, those objectives should ideally determine if a press conference is required at all!

The retail group that I worked for, organized plenty of press conferences, not just in large cities, but in smaller towns as well. That was to ensure that potential customers in that city would know about the new store opening in town. These press conferences were invariably followed up by an ad blitz in local media.

Our MD rarely attended any of these press conferences.

Till one day we managed to convince him to do so, saying that his presence would give us a considerable amount of additional media mileage, more so because we were launching a brand new format (He was quite a Rockstar among media, I must add).

‘Atul, these press conferences are a waste of time. Do you realize how many people are spending so much time on non-productive things? First, you and the PR partner will sit down and decide the venue and the menu. Once that has been done, you will prepare draft invites to send to media. These will go through at least 3 iterations.’

He just kept shaking his head, even as I was trying to convince him how his presence will help. No luck. He went on, ‘You folks will then put together a draft of the press release, which again will go through multiple versions. Then the invites will go out, and the follow ups will begin.’

I stuck to my guns and said that his presence will add immense value (though I could not fault the points he had made thus far). He very well knew that him being at the presser would have many more publications featuring the news with his photograph.

And continue post the conference as well, to ensure that we get good coverage the next day. Next morning, we may get 30-35 clips, some with pictures. These clips will be on the city pages or the business pages. The agency will send us a coverage dossier, where the images are scanned in a larger size than the original coverage. And we will live happily ever after, right?’

By then I was literally squirming in my seat because what he was describing was absolutely spot on. But the real kicker was yet to come.

‘And Atul, you know something else? Let me ask you a question….do you remember two stories from this morning’s newspapers? I don’t think so. So how will people ever remember what has been published on Page 7 or Page 9?’

Feeling quite exhausted and exasperated in equal measure by then, I told him, ‘KB, should I cancel this conference?’

He shook his head and said that the conference should go on, now that everything was in place.

And then he added, ‘You folks in communications appreciate the value of press conferences for our firm because it creates awareness about our new stores. But the store manager or head of retail can do those. You don’t really need me. I am clear about my goals when I speak to media. My role as MD of a listed entity entails that I also look at the value we create for our shareholders. So, if I want some news, I will do 2 exclusives: one with the leading business daily and one with the leading business news channel. These will get prominent coverage and have a positive impact on our stock price.’

I was completely blown away by his words. Because they were so true. And there we were, and today still are, trying to push press conferences to every client, as a part of the overall planJ.

True to form, at the press conference I mentioned, the MD changed the script.

He did make the announcement about the new format the group was opening in Mumbai.

But he also made a strategic announcement about restructuring the group, and the potential impact of the restructuring on the group’s overall revenues.

And that announcement got all the headlines. In most cases, on the front pages!!

PRs vs Journalists: Pitch your story rightly to the media, every time