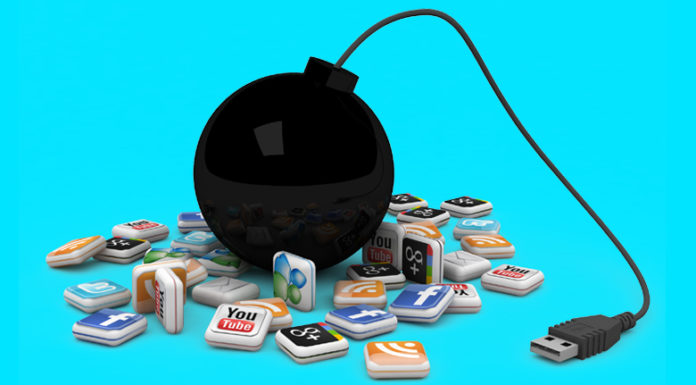 If the sword that is double-edged being used in a fight, it is the skill of the warrior that would set him apart in the game. Battles and battlefronts have changed over the years for humanity with its constant evolution. In today’s times, the war is being played with information that includes words, images, statistics, data, etc. and exchanging the same in a hyper-connected world with a power of instantaneous reach. And that’s what social media has become in the current context for brand communications.

Social media unleashes the news in such a quicker fashion that traditional methods of companies handling a crisis simply do not help. It is nearly impossible to control the information and follow the established standard operating procedures for managing the information flow in the age of social media. Even before you blink and gather more information around the crisis, you have so much already available in the public domain that you’ve to deal with.

And most often, the efforts of controlling the information, become counterproductive as social media would have already created a strong influence in the minds of users, who almost believe what they read, hear, and watch irrespective of the credibility of sources being verified. Almost impulsively social media posts are shared, whether are on Facebook, Twitter, or What’s App for that matter, by the users. More often they do not try to even check the factual position of the content and immediately push it ahead considering it genuine.

Social media gives space to everyone, from genuine customers to just the by standing watchers, from potential customers to spammers, activists, or trolls, from the competition in abundance to the well-wishers. All of them get prominent space to express, share, communicate, connect, discuss, and speak up in a free-flowing manner, without being questioned at all. Whether it’s a truth or a rumour, whether it is speculation or a factual story, it is a matter of few hours and mostly minutes for the information to spread across the world in the current environment of social media.

Today the world of “instants” has also changed the expectations of the audiences across the world, where they expect instantaneous feedback, resolution, engagement, and conversation around the crisis issue. Like in the case of traditional media it was the content that was of utmost importance, listening becomes the key currently. In today’s social media context watching out the crisis unfolding and how it is being addressed continuously becomes most important.

Observing, listening, and following the actions & reactions of social media users play a key role in dousing the crisis for the brand communicators. Sometimes, a simple tweet against your brand by some prankster may not be a crisis that needs to be attended. It is important to assess in real-time if any such news and the conversation triggered has an impact on the organisation or the entire sector/industry that the organisation belongs too.

Depending upon the severity of the crisis, brand communicators can decide to stop the scheduled posts, messages, and communications and bring their focus to listening, which will ensure a better grip on the situation. The crucial part is to figure out the source of crisis eruption and be able to address that platform before going all over the world, thereby putting brakes to further flow of misinformation.

From summarising the situation to presenting a call to action, where users can connect, creating a conversation to reach out to the dissatisfied users and to build a landing page that is connected through various platforms where users can vent out their expressions, views, anger, rants, and resentments. A landing page that is controlled by the company, can help the users to be directed to them instead of going all over the place, can simply be a great idea to use social media to douse the crisis most efficiently.

So, what is it that can be an ice-breaker in dealing with a crisis on social media? Whether it is authenticity, dialogue, engagement, or a pro-active call to action directing users to channelise the feedback to a dedicated platform for addressing the crisis, brand communicators need to use the same ability of social media to douse the fire that had once caused it!

1 Comment on "Do social media sites fuel the crisis or help in dousing it?"