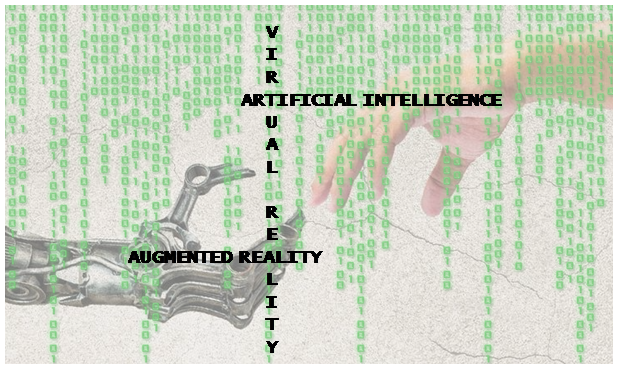 I had read last week that Facebook was developing artificial intelligence (AI) to flag offensive live videos. If we remember, Facebook got entwined in a number of content moderation controversies this year, from facing a global outcry after removing an iconic Vietnam War photo (because of nudity), to allowing the spread of fake news on its site, like the reports before the November US election, which alleged Pope Francis endorsed Donald Trump and that a federal agent who had been investigating Democratic candidate Hillary Clinton, was found dead! Their CEO Mark Zuckerberg also assured that Facebook would turn to automation as part of a plan to identify fake news.
Another prominent brand, Myntra (Flipkart’s fashion unit) bets on AI to drive growth. Flipkart, aims to use smart technology such as AI to enhance consumer experience, as it looks to drive growth and turn profitable in the coming fiscal year.

If you look at it, we associate AI with movies: Star Wars, Terminator, 2001: A Space Odyssey, even the Jetsons. The Bicentennial Man was a likeable movie that looked at what makes us human; it traced the 200-year life of a robot searching for identity, friendship, love and ultimately, humanity. All those are fiction, as are the robot characters. So, it does make AI sound a little fictional to us. According to predictions, exceptional capabilities of robots and their artificial intelligence will see a range of current jobs being replaced; and, professional roles such as doctors, lawyers and accountants could be replaced by artificial intelligence by the year 2025.
Now, the topic of AI had been touched on during #PRAXIS5. We were exposed to how Reputation Management would be affected in the Age of Artificial Intelligence and Virtual Reality (VR). And, we heard that today, some of the impossible, unimaginable things are surfacing in the form of Augmented Reality and Virtual Reality – which was elaborated by Jon Higgins, International President, Ketchum, at the event.

Truly, we are getting a feel of it. Now, with the release of the Warc report, the global marketing intelligence service, we know more about this. ToolKit 2017, a report produced in association with Deloitte Digital, identifies trends which marketers will look at in the coming year. AI and VR are likely to have a major impact on marketing in 2017. It delves on the forthcoming challenges that marketers around the world are likely to face. In this survey, more than half of global CMOs said they expected the impact of AI on marketing and communications to be greater than the impact of social media. 68% say their organisations are already using or planning for the AI era.

VR and augmented reality (AR) are expected to emerge as good options for marketers looking to reach young consumers, who increasingly opt out of receiving marketing messages. Experts maintain that in the wake of Pokémon Go, there are a number of emerging opportunities in AR. However, the challenge for established brands is to respond as they look to increase direct-to-consumer opportunities.
And then, last month, there was a report, which focused on the IBM World of Watson (WOW), at Las Vegas. The three-day conference, was essentially a showcase for Watson, IBM’s ambitious bet on artificial intelligence. It was in 2011, when Watson first shot to fame, when it beat two human champions in the quiz show, Jeopardy. Then it assisted Grammy-winning music producer Alex Da Kid in creating a song called “It’s Not Easy”, which was released last month (incidentally, the song has already gone to No.1 on Spotify!). Besides, Watson has gained significant presence in healthcare (in the treatment of cancer). Apparently, Watson already touches the lives of 200 million consumers, and this figure is expected to touch 1 billion by the end of 2017. One factors for this growth is expected to be IBM’s tie-up with General Motors to provide OnStar Go, an interactive system with Watson embedded in it, which will observe the driver’s behaviour to offer personalised suggestions and experiences, which could include avoiding traffic when you’re low on fuel, then activating a fuel pump and paying from the dashboard, while ordering a cup of coffee!

So, looking forward to robotic times that will enhance our experiences!

1 Comment on "Exciting times ahead, with AI, AR and VR"