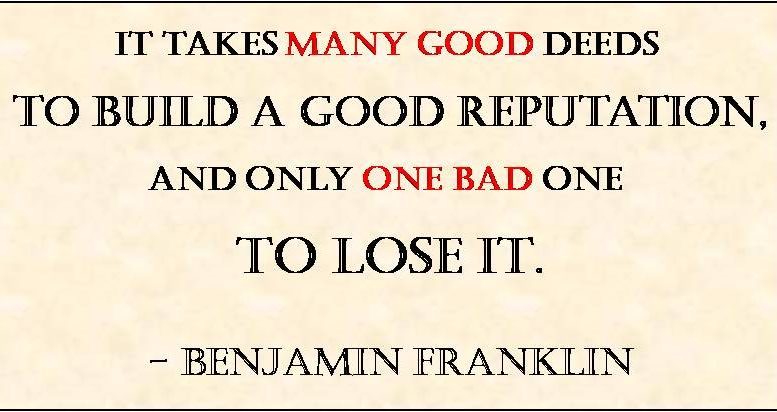 We live in an ‘instant’ society today – times that are dominated by everything ‘instant’. The social media is a constant presence and ‘breaking news’ is a norm.

It’s common to see people or organisations that are in the public glare, trying to restore their reputation. There are instant scandals that spring up on Twitter and Facebook. Sometimes, some people literally throw the towel in, to help restore their reputation. Whether it’s a Bollywood actor like Salman Khan or a Hollywood actress like Lindsay Lohan or even an organisation – like Nestle, the cola companies or Air India – they have all worked at refurbishing their brand’s perception.

Since PR professionals work to gain exposure and help enhance their clients’ reputation, PR seems to be the perfect solution.

How do you refine a tarnished reputation?

Because scandals often involve legal vs illegal hassles, it may be difficult for most companies to “come clean”. This is an important point as far as media, customers and employees are concerned. But, companies should know that eventually the public will get exposed to the whole story.

Companies and individuals can recover from scandals, and the lost reputation may be restored at some point. Former US President Bill Clinton, famous for his Presidential affair, is today Founder, Clinton Foundation, which has changed peoples’ perception about him. This is seen as the result of post-scandal PR, which has brought about a behavioral change. And that, more than anything, can also help a company repair its reputation and restore some lost lustre.

Be the first to comment on "How can PR help restore brand perception?"

Karma at the workplace

An attitude of gratitude – developing a growth mindset