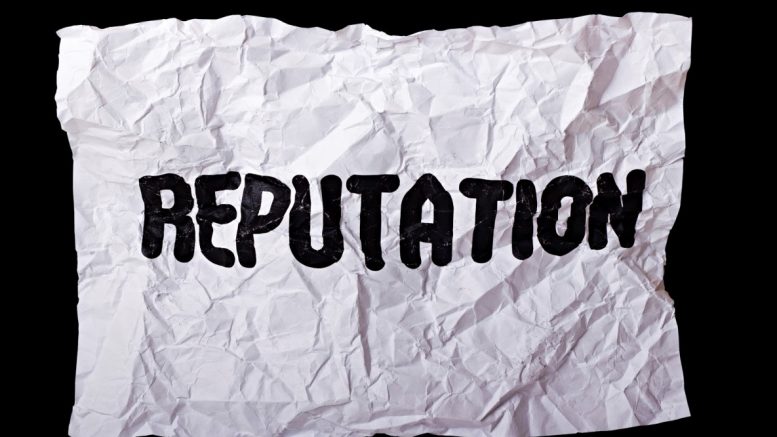 “This decision has clearly impacted our reputation, which we worked so hard to build painstakingly over the last 25 years.” Said Mr. Sanjay Sapre, President Franklin Templeton Mutual Fund in an interview with Mint recently. This not only caught my attention but also reaffirmed the belief that corporate reputation is an outcome of its decisions and actions, and not at all driven by marketing campaigns. Also, while it may take years to build this reputation and seconds to lose it, the cost of rebuilding reputation is something we all need to ponder upon. If corporate decisions are made and actions implemented keeping cost of reputation in mind, I am certain most of the companies will operate differently.

In the case of Franklin Templeton, clearly, this loss of reputation has come with a heavy cost. Embarrassing media coverage, loss of Asset Under Management and investors, and fall in distributors’ and advisors’ count may be some immediate and tangible costs but the real cost is much bigger and has long term impact. For instance, filling up positions like a trustee, or a board member will need effort, time and money of a different scale. Winning back the trust of distributors, advisors and investors will need way more convincing and demonstration of purity of intent. Hiring will be another area that will need an overhaul, as efforts required to grow the business or add distinct value will multiply in scale. The list can go on and on but what we must understand is all these can be managed through mindful and empathetic communication. Mistakes happen – most of the stakeholders understand this and are forgiving. What converts these mistakes into large-scale events snowballing into a crisis is the lack of attention to little details that matter coupled with a well-articulated communication plan.

To be able to arrive at the plan it is important to understand some of the costs or implications of reputation loss as that will help in proactively addressing them.

Let’s take the example of the Maggi crisis. Maggi enjoyed the leading market share of about 75% in the instant noodles’ category prior to the 2015 crisis. Even though it eventually received a clean chit from the authorities, its initial lack of response escalated into a crisis that came with a huge cost. It then had to invest heavily in rebuilding trust and even diversify its product portfolio to capture more opportunities. Even with these consistent efforts across four years and the support of a parent brand like Nestle, Maggi could regain only about 60% market share in 2019. Loss of reputation can have residual effects even years after we feel that the matter is resolved.

Important Partnerships can be affected

The DHFL crisis is another case in point. There were speculations about an impending crisis right since 2018 when a mutual fund house sold the company’s non-convertible debentures. In its Q4 results in FY 2019 DHFL announced a huge loss of Rs. 2,223 crore as opposed to just one year back when it had noted Rs. 134 crore profit. Though the company took several steps to repay the debts it owed, the crisis further led to a loss of trust across its important stakeholders. Not only did it lose customers and investors, but even Deloitte Haskins and Sells, which was appointed as the auditor resigned, adding further to the negative perception. To build back trust, a company has to invest in several aspects, right from clearing up the issue, to hiring the right set of people and investing in strengthening all partnerships.  All of us need champions to cheer us and contribute to our success. Corporate partnerships are no exception.

Business Practices may need to undergo a structural shift

Though a household name, cab service provider Uber faced several negative instances resulting in not so promising perception about the company. When its global CEO Travis Kalanik resigned on the back of severe allegations of sexual misconduct, the adverse perception culminated into a bad reputation. Safety concerns were always there due to cases of driver misconduct but when the leader himself was found engaged in misconduct the concerns translated into a belief that Uber is not safe. In fact, this belief got transmitted to the entire community and brought several structural changes within the community itself. The most significant one being the shift in value proposition from convenience to convenience and safety.

One can list unlimited cases but what needs to be understood is that the business implications of reputation loss is huge and goes beyond the obvious. Hence, a proactive and mindful approach before and after a critical event is highly critical. Ideally one must have a reputation management plan in place irrespective of any event. This enables in creating a culture that focuses on little things that matter and ensures that eventualities are handled maturely without letting them take shape of crisis; thereby saving the organisations significant costs.

Building the Employer Brand through COVID-19

Is silence the new PR strategy?