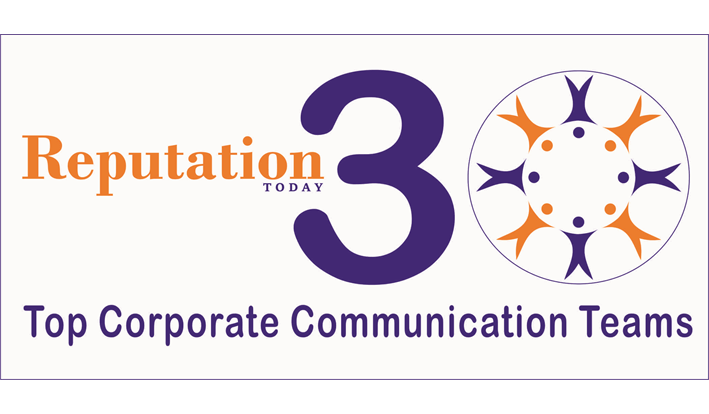 The Corporate communication department is increasingly becoming the backbone of organisations. The current situation that has gripped the world has made companies depend more on earned media, word of mouth and reputation enhancement programmes that are developed and executed by the corporate communications teams. Envisaging the enhanced role this function has had over the years we at Reputation Today decided way back in 2016 to launch a list of the Top Corporate Communications through a process of credits and jury evaluation.

Every year in May we call for entries from corporate communication teams. The form invites entrants to fill in data based on various parameters which includes team size, body of work done in the year gone by, awards won by the team for campaigns, thought leadership of the team and team leader, involvement of team in other allied functions including digital and ESG.

Over hundred teams are invited to share the information. Once the data is collected points are assigned to each response. Then a four-member jury is asked to independently evaluate each team’s performance based. This year Reputation Today partnered with APACD who in turn invited four of its chapter chairs – 2 from India, 1 each from Singapore and the Middle East to judge the submissions. The points scored in initial round and jury score are then tabulated to arrive at a final tally. This leads to the overall ranking. 30 teams are honoured by featuring on the list.

The year gone by was a full financial year that witnessed a work from home. The pandemic has been hard on everyone, especially communication professionals. Pivoting focus into various aspects teams had to collaborate with other functions to build on a strong external strategy. Several individuals lost jobs and the function went through huge changes.

The way businesses look at the function is rapidly changing. There is a major impetus on employee engagement, government relations, environmental action, social impact, corporate governance among other. ESG will play an important role in the years to come. All this and more is driven by the in-house team.

So, the teams that stand out are those who have gone above and beyond straddling the world of brand building and reputation enhancement. The two are diverse but closely connected. To those who made it we salute you. To those who didn’t there is a next time.

‘Moment Marketing’ for that extra zing!