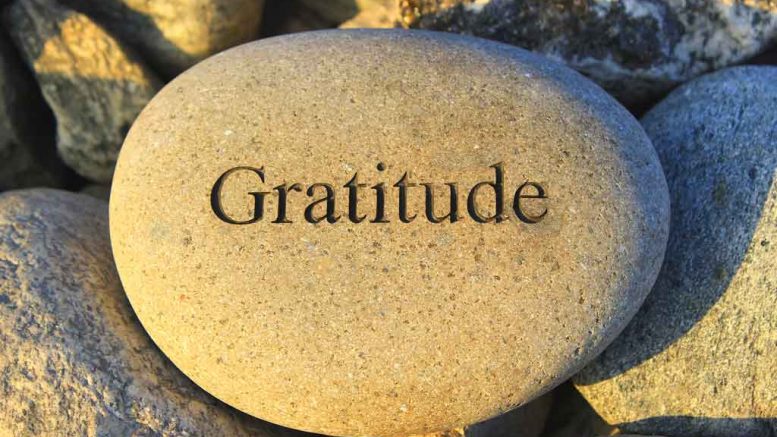 People use the word ‘grateful’, instead of ‘thankful’ ever so often.

I have done that as well on multiple occasions.

Over the years, I have also come to believe that one is grateful to someone who displays compassion, because it comes naturally to them.

In this respect, I was extremely fortunate that two of my ‘bosses’ at the world’s 2nd largest IT consulting firm, where I was heading Marketing, were extremely compassionate.

Both of them – my global head, whom I shall refer to as CA, and my India head – RM, were also women. This in no way is to say that men are not compassionate, but both CA and RM were head and shoulders above anyone I had encountered thus far in my career, when it came to displaying understanding and compassion.

Some examples will illustrate the point I am making.

I was facing some challenges at work, particularly when it came to the head of one of the firm’s business verticals. Normally I have prided myself at being able to get along with anyone, by offering them business solutions, which could be executed effortlessly. But with this person, it was not happening. Not only was he plain rude, he could be downright nastyJ. I tried everything possible to rectify the situation, but when things did not help, I turned to RM and said, ‘I give up’.

She did not take this defeatist attitude of mine very kindly and invited me to her home for an extended counselling session. To be frank, when I went to her place, I had my resignation letter in my pocket.

Over coffee, she explained why I was necessary for the firm, and how every firm has different kinds of people.

She agreed that the person concerned was impossible to work with but said that I should hang in there.

‘You are not a loser. Look at the way you have got the team to bond together. Just confront him the next time he behaves in an un-called for manner. You have to stand up to him. And rest assured, if you are right, I will have your back’, were her words to me.

That gave me the necessary confidence. The next time this person tried behaving in his usual manner, I stood my ground, and gave it right back. To my surprise, the person backed off! He then went on to approve the key aspects of what the team and I had recommended.

But within, I felt a deep sense of gratitude towards RM. Not only had she prevented me from taking an untoward decision but had re-instilled in me a sense of self belief, which had been severely dented by the gentleman in question. She had, in my view, displayed compassion and tried to understand where I was coming from.

The second example was when I lost my father. And circumstances made me put in my papers. That’s when both CA (the global lead) and RM spoke to me about how I could still stay with the firm.

‘Atul, why don’t you relocate to Mumbai to be with your family? You can still continue being marketing head.’

That, however, was not a viable option. The team was in Bangalore and those were the days when you needed to be with the team. It would have meant me travelling to Bangalore every Monday and returning to Mumbai every Friday. I told both of them that this was not possible, or even practical. They understood and put forward another option.

‘Atul, why don’t you move into an HR role, and be based out of Mumbai? We have seen you work well with people and we have seen you build your team. We know that you don’t have an HR qualification, but that does not matter. Consider it a role rotation.’

I was really dumbfounded. But I was very touched by their support, and their confidence in my abilities. This was extremely compassionate on their part to even think that I could handle a role I had no qualifications for.

Unfortunately, I had to decline this as well.

That’s when CA said, ‘Atul, we don’t want to see you leave. You may take another assignment, but I will not hire anyone in your position for the next 6 months. If you are not enjoying your new job, let me know. You can just walk back into the role. I will be in India in approx. 6-7 months, and we will have a drink together. Tell me then.’

I swear that I had tears in my eyes at what CA had just said. And words will never be able to describe at how grateful I felt.

I have already written about the unbelievable farewell I got on my last day with the firm, so I will not touch upon it again.

But more was to come.

I met CA when she came to India. By then I was working for India’s leading retail group and was happy.

Both CA and I were chatting like old friends, when she asked, ‘Have you thought about our earlier discussion? Do you want to come back? I still have the position open, as I promised you.’

I thanked her profusely but said that I was happy in my new organisation. Deep within, I was marveling at this lady who had stuck to her word and kept the role vacant should I want to return!

She nodded, pulled out some papers from her briefcase and said, ‘I understand Atul. And I respect your decision. I have here the resumes of two people we have shortlisted for your role as Marketing Head. I would like you to go through these and give me your recommendation on whom to hire.’

‘C, that’s very kind of you, but I would not want to influence your decision in any way’, I said with a smile on my face.

To date, I am in touch with both her and RM, and respect them as wonderful and compassionate human beings.

Through this piece, I would like to say publicly that I owe them more than they will ever realise. I am truly grateful to both.

2 Comments on "Of compassion and gratitude"

Are you chasing worthy goals?