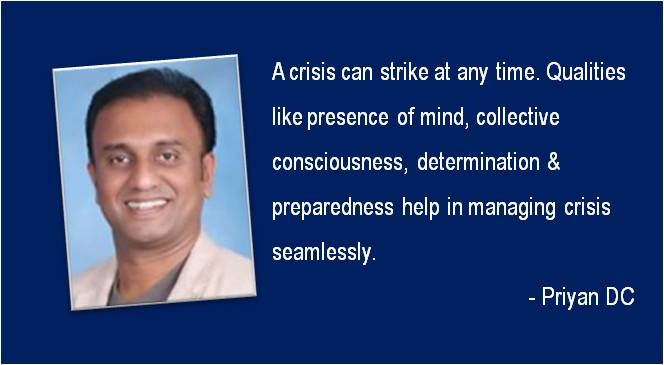 The Infosys saga has been unfolding in the media in recent months like a typical saas bahu serial (with due respect to saas bahus). The action has been playing out with allegations and counter allegations flying thick and fast between warring camps. With several players operating from behind the curtains and some on mainstage in full media glare, the twists and turns are reminiscent of a diabolical thriller. It comes as no surprise then that such episodes are exciting and is considered manna from the heavens for sensationalist journalists among the media.

On another note, this is probably expected at some stage or another in every growing organisation. Challenges can be big or small and crisis can strike at any time, but qualities like presence of mind, collective consciousness, determination and preparedness are factors that come to play in managing these episodes seamlessly among all stakeholders. Effective PR management for large companies is a major concern and companies must take the necessary steps to manage crisis effectively.

If you rewind, you will note that there are several instances of other companies that were embroiled in controversies with the diatribe often playing out in full media glare. More recently the Tata leadership crisis was in the news for an extended period. In all such situations, there are typically two opposing groups with the media playing adjudicator by default. Other instances of large corporates that have had leadership issues include Wadias’ of Brittannia fame, the Birlas’, The Ambani brothers, etc.

After all the dust has settled and in the aftermath of such battles, one will typically observe that most of it could have been largely avoided and managed differently. The day after Vishal Sikka announced his resignation from Infosys, the companies share value dropped by over 9% wiping out investor wealth of over INR 22,500 crore in market capitalisation. Simply managing the PR messaging correctly could have sustained share holder confidence and avoided such drastic plunges. Not to mention the beating that the brand has suffered in the eyes of all its stakeholders from an image standpoint.

Now let us consider some of the PR measures that companies must deploy to avoid damage to a brand:

Every company that is in the public glare must have a strong PR Policy in place for media engagement and external communication. Obviously, PR is a fundamental requirement for all companies to showcase themselves as a transparent and growing brand. The manual will need to factor in all possible situation when it comes to media relations and what the hierarchy means in engaging the media on various topics/ messages.

Every company is susceptible to various crisis situations and we all know that one badly managed episode in the media can tarnish a brands image irrevocably. A robust crisis management manual needs to be inducted to ensure smooth management of situations. While many companies may have one in place, they are often incomplete and ignore critical situations like board room battles because it is connected to the pinnacle of power in the organisation.

A spokesperson typically mirrors the image of a brand and represents all the values that it stands for. Look at Narayan Murthy for instance and his overarching impact on the image of the brand. While every company head will not have the same dynamic image that Narayan Murthy enjoyed, it pays to have a rigid policy in place with the consensus of all decision-making stakeholders supported by strict guidelines and dos and don’ts.

Another important thing to note and learn from the Infosys saga is that some values can change over time. And in a competitive scenario one must take any ethically accepted steps that one can in order to grow. No two people are the same and it was probably the clash of egos between two business leaders that brought about this situation. A strong spokesperson policy should also have guidelines for such scenarios.

Social Media has entwined its never-ending tentacles already into most of our lives. We are all aware of its impact and how it can be a powerful broadcast medium for a public individual. We are all aware of how Donald Trump used and still uses Twitter for his battles. However, there must be a rigid social media policy in place limiting the use of social media for official purposes, especially during crisis situations.

Institute a Committee for PR

It would be a good idea to institute a neutral committee for crisis communications. This can be inducted by impartial stakeholders, previously agreed upon as per the Public Relations or the Crisis Management Policy of the company. The minute a crisis breaks, any communication to external media should only be driven by this committee, failing which the guilty spokesperson could be penalised heavily.

India is home to several family run business conglomerates including Ambanis, Birlas, Tatas, etc. I recently came across an interesting approach adopted by a hospitality business group from the South, incidentally a client of Star Squared PR. They have been operating several luxury properties and projects for the past 60 to 70 years, but have remained unified as a family ever since with complete and unwavering consensus on every decision. They have managed this with the help of a unanimously agreed upon constitution that binds their entire family. It was compiled by a professional team and factors in every possibility including the interests of future generations. This I believe is a brilliant method to bind a family of related individuals into one single purpose and to further avoid any conflict in the media or otherwise. In fact, the constitution also provides for a CSR programme to support society interestingly.

While I am sure every company in question that has witnessed crisis being played out in the media will probably have a crisis management policy in place, but the trick lies in making it comprehensive and all encompassing. Very often the Founders of a company or the senior most individuals are untouchable and do not wish to be bound by rigid policies. In most cases even the board tends to be lenient with them. However, one must factor in ego clashes and other individualistic idiosyncrasies that can impact a company in PR in the interest of the company.

Crisis in PR can be broken down into 3 phases, which is preparedness for the pre-stage, effective management during the crisis stage and efficient recovery after the crisis blows over. Planning for this through effective checks and balances in a company can possibly avoid irreparable damage in a company’s net worth and brand equity. 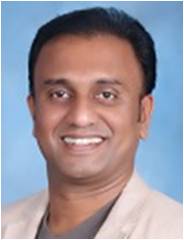 CEO at Star Squared PR
A communications consultant with over 18 years of rich experience, Priyan has won many awards in his career including a recognition at Cannes for an anti smoking campaign for Apollo Hospitals and a Gold at Big Bang Advertising Awards Bangalore for Columbia Asia.

He was previously the lead of South India for Ogilvy PR where he was responsible for growing the business and managing clients in the region.