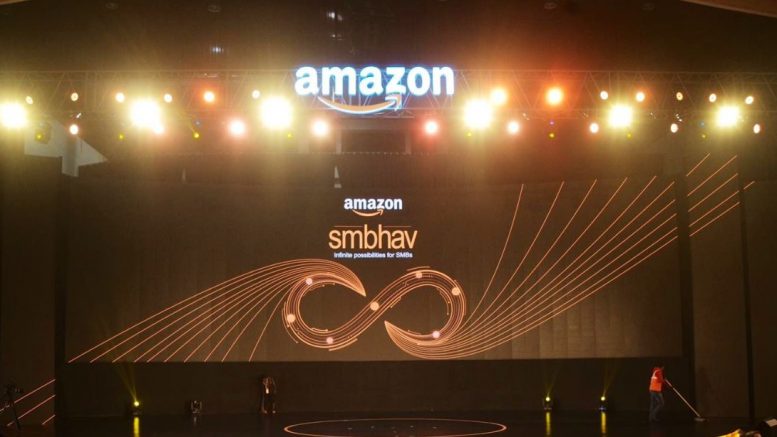 Recently Amazon hosted a mega event hosted for Micro, Small and Medium Enterprises (MSMEs) to talk about the infinite possibilities MSMEs can discover when they embrace technology. In that event, Jeff Bezos announced Amazon’s USD 1 Billion investment plans in Indian small and medium businesses too. Yet, the event garnered a fair share of negative visibility talking about how Narayan Murthy was irked due to the delay in event start time or Commerce Minister, Piyush Goyal’s comment stating Amazon is not doing any obligation to India instead it is trying to cover up its losses. It seemed that Amazon’s ambitious claims would meet a dead end before seeing the light of day. Typical corporate response in such time would be to either stay quiet and wait for the storm to pass, or to issue a press release along with a sit down interview. Amazon did none. Instead, it uploaded a well crafted letter with key messages aptly included, on the homepage of Amazon India page that gets millions of visitors everyday. Soon the crisis converted into an opportunity. Through its letter, three important things helped Amazon turn its criticism, positive: Timing, Data and Empathy.

The cliched proverb “Time waits for no one” could not be more crucial for anyone than for us communication professionals. Responding late is just as bad as responding poorly or not communicating at all. This is because of two important reasons. Firstly, stakeholders who are involved can lose their patience or misinterpret silence as a lack of care towards the issue. Moreover, the time we lose in planning out our response is gained by critics who use the opportunity to exacerbate the negativity. All these results in loss of control of the narrative. Amazon’s response was swift and timely. Within one day, it came out with an effective and strong message in a single letter. The urgency of the matter was not lost on the team, leading to impressive damage control.

At the Smbhav event, Narayan Murthy vividly expressed his displeasure at the delay in starting the event. The Confederation of All India Traders, which represents small and medium businesses, further criticised Murthy for even attending the event. It stated that Amazon was a habitual-offender. This level of distrust could have been catastrophic for Amazon. The very audience that it was targeting did not seem to think much about its investment. The apprehensions got further amplified by the commerce minister’s comment. But the letter Amazon produced the following day began with a resolute statement – more than 550,000 small and medium businesses in India were using the Amazon online marketplace. Further, it cited other services that artisans and women entrepreneurs benefited from and the influence that its Prime service has over Indian consumers. Adding hard facts as proof to a strong message can silence any further criticism.

Bezos’ carefully worded letter emphasised its commitment and positively reinforced its message. Moreover, instead of adopting a patronising tone, the letter spoke about being inspired by Indian energy and grit. The result was that the message gave strength to a shared vision of Indian businesses and the company alike. Citing that Alexa, its virtual assistant could speak several languages and recite Panchatantra stories added a uniquely Indian touch. This shows that the letter was well thought and that an empathetic approach is better than being defensive.

Finally, Amazon cemented its position by reinforcing its messaging at the end of the letter: it will be investing USD 1 Billion in digitising Indian small and medium businesses, closing the loop on any scepticism about shallow pledges. Business experts may still respond highlighting their opinion on Amazon’s business in India. However, as far as communication approach to a vulnerable situation is concerned, the team Amazon gets full marks.

How to do public interest PR: A bird’s eye guide for pro bono services