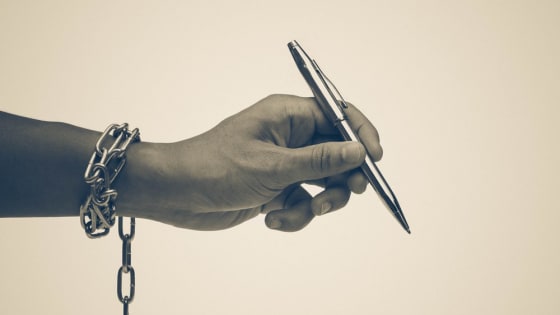 If you thought media barons were powerful, think again. It may not be the case if you are riding a huge global business and a fancy newspaper horse at the same time. Last week was a tough period for Amazon’s founder and CEO Jeff Bezos as he visited India to boost his giant online marketplace because he also happens to own in his individual capacity The Washington Post, whose news coverage is perceived by the BJP as biased against Prime Minister Narendra Modi’s government.

Apart from a veiled, uncharitable remark by Commerce Minister Piyush Goyal on how giant online marketplaces can hurt the interest of small businesses, there was BJP’s foreign affairs cell chief Vijay Chauthaiwale mincing no words as he said : “The Washington Post editorial policy is highly biased and agenda-driven.”

Though the minister’s remarks and Chauthaiwale’s comment were ostensibly independent of each other, only the naive would believe they did not stem from a common worldview — even if there was no coordinated action.

Chauthaiwale pummelled the Post in a heated exchange with the newspaper’s senior editor Eli Lopez on Twitter. After tweeting to Bezos something that seemed like a demand to curb Post journalists, the BJP official clarified he was only asking Bezos to share with his “employees” his positive views on India — but not before Lopez had told him that Bezos does not tell Post journalists what to write.

Chauthaiwale then questioned Lopez about the Post editing down anti-Pakistan references in an opinion column by an Indian writer, only to be told that this time it seemed the BJP itself was telling Post journalists what to edit.

Editorial independence is a tricky thing. It is common to confuse ownership with control, and equally common to confuse editing with bias or censorship. But this much is clear: the BJP does not quite understand how independent journalism functions. Or it simply doesn’t care.

When I get irritated by fierce critics of journalistic policies, I sometimes have a curt answer: “Ask, don’t tell.” The simple fact is that some people cannot tell the difference between management and authority; ownership and influence; perspective and opinion; news judgment and bias; and subjective and objective.

It is quite common for journalists to face charges of bias, often from people sensitive to language and sometimes from those who are simply incapable of understanding how one can own or rule over a system that one does not dictate to.

BJP is learning about independent journalism the hard way, but seems to be in no hurry to do so. Its approach often reveals its mindset, and this not just about the media. It has a somewhat similar attitude on the judiciary and the bureaucracy as well. I call this the outcome of a monochromatic nationalism where a party assumes that being voted to power is some kind of a carte-blanche given by the nation to do whatever it deems fit. Both news media and democratic governance are more complex systems, alas.

If what is happening to WaPo is any indication, you can imagine what the current dispensation means for Indian media organisations.

Last week also saw India Today channel’s anchor Rahul Kanwal being subjected to a vicious troll attack after he ran an investigative story on the violence at the Jawaharlal Nehru University that showed the BJP’s student wing in a bad light.

So what does a professional journalist do? Rahul’s bold approach in standing up to the trolls is commendable. “Lage Raho” (Carry on, regardless) may be the best advice to courageous journalists, but it is easier said than done when there is so much psychological pressure. I do think it is increasingly important for readers and viewers to visibly support journalists who they think are doing a good job. Motivation always helps.

Growing up under the shadow of a brand

An attitude of gratitude – developing a growth mindset