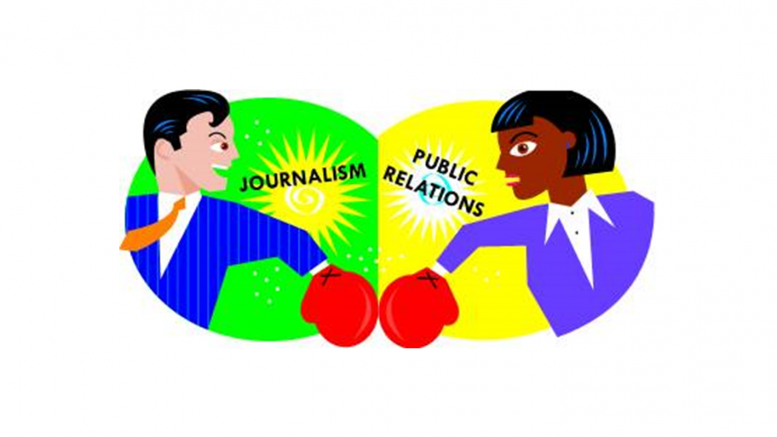 As a journalist, I have known my tribe to have two different extremes. The first one pretends public relations is  evil or useless. The other one thinks that IS journalism — out of sheer mental lethargy, I suspect. (I like to think I am somewhere in the middle)

I chanced upon a tweet this week that pretty much sums up the first variety.

Here’s what  Jill Foster said as she ticked off an unnamed fellow journalist for being rude to a PR person.

It is nice to see a fellow journalist speak up against her own tribe. I have heard PR folks complain about rude journalists.  I think I have been curt sometimes, but never really rude. I try to use some humour to pepper up things. Like, I tell somebody who is telling me too much about a client or making it sound as if I am being done a favour: ‘I think PR folks are paid to tell their clients about me, not the other way around.’ As the joke goes, when a diplomat asks you go to hell, you begin to look forward to the journey.

Many journalists falsely assume media relations equals PR and PR equals advertising, just like many PR folks do not know the difference between branding, PR and media relations!

I have to clearly separate corporate PR from both government PR (managed by the Press Information Bureau and other similar arms) and political PR (managed by spokespersons and media cells of political parties).

I have seen corporate media relations, a part of corporate PR, change a lot over the past three decades. There has been  distinct power shift AWAY from journalists because real business journalism is a lot of hard work that even editors don’t seem to have the time  or inclination for. The rise of a sound PR system as part of a growing economy that is increasingly market-oriented has meant more interviews, news conferences and materials that helps an average business journalist seem well above average.

The flip side is that there are some journalists who tend to assume PR folks have to give them what they want. I confess I get irritated by unwanted, hyped up, poor quality media material because media relations is becoming less specialised than it used to be.  Corporate brands will lose in the process because even PR folks have brand value . If you get a few useless press releases from X, you may think the next one is going to be as useless as well. I routinely ignore some people because they are routinely useless. I press the delete button on their emails instead of saying rude stuff.

I am all for detail and focus.

I completely agree with Jill above that PR folks are only doing their jobs. How different is a rude journalist from a rude public figure (think movie actors, politicians) who call journalists names when they report or write stuff they don’t like?

Here is a sample. Union minister Babul Supriyo told the editor of The Telegraph that he was sold out. The write-up on their interaction is so colourful, that poor Jill’s straightforward tweet pales in comparison.  After all, journalists are professional storytellers. Even their complaints should read well, like this one did.

There is a lot more I can say on the PR-journalist relations. Enough to say now that there is a case to audit practices and conduct on both sides. I still believe both newspaper editors and PR industry honchos do not spend enough time thinking about this.  The first kind is busy with media barons and honchos/netas, and the second kind with clients and revenues. You get the picture.

Be the first to comment on "Rude journalists and smug PR folks need to look within. Here’s why…"

Social Listening for crisis management – A business case for keeping your friends close and enemies closer!

PR professionals need to be seated in the boardroom – but are we ready?