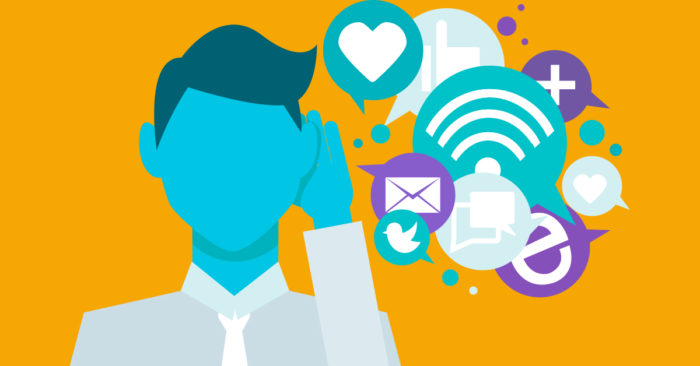 One of the most impactful social media campaigns of 2019 played an important role in India’s general elections bringing the BJP and Narendra Modi back to power. This campaign played with insights on the word ‘chowkidar’ or Hindi for watchman. The #mainbhichowkidar campaign was launched as a rejoinder to the Congress party’s slogan against the BJP #chowkidarchorhai’, meaning the watchman is a thief, accusing the Modi government of corruption, and inordinate proximity to leading Indian industrialists.

Modi, an early adopter of social media, and a believer in its influence, not only denied these accusations of corruption, but also converted them into a strong pro-BJP campaign by calling himself, his party leaders and loyalists ‘chowkidar’ – the people who serve the nation yet protect the country against all negative forces.  This campaign launched by Narendra Modi was “#mainbhichowkidar’ (I am a watchman) and he prefixed his twitter handle with the word ‘Chowkidar’, along with his party leaders, inspiring multitudes of his followers to do so too. His tweet said, “Your Chowkidar is standing firm & serving the nation. But, I am not alone. Everyone who is fighting corruption, dirt, social evils is a Chowkidar. Everyone working hard for the progress of India is a Chowkidar. Today, every Indian is saying-#MainBhiChowkidar”. Using the ‘Conversations Card’ feature on Twitter, the party also sent personalised messages from PM’s personal account, to those who supported the campaign with this prefix on their twitter handles. Modi also addressed 25 lakhs watchmen across the country to talk about his pro-poor reforms. This hashtag trended worldwide on Twitter.

The hashtag #MainbhiChowkidar’ had almost 1.5 million mentions on Twitter, which was followed by the #Chowkidarphirse’ campaign that was used almost 3,00,000 times. Compared to this campaign, the #ChowkidarChorhai campaign received barely 10 percent of the mentions of the #MainbhiChowkidar campaign. This is a perfect example of how the BJP used social listening tools to convert a negative campaign to its advantage. The metaphorical slogan crafted as a swift response to Rahul Gandhi’s jibe turned it away from a personal attack to one that highlighted the strength of the BJP.

To harness the real power of social media listening, tracking social media platforms for mentions and conversations related to our brands needs to be complimented through in-depth examination of information. Social media listening is very different from social media monitoring – it entails analysis of data like brand mentions, coverage on competitors and keywords related to the business to convert them into deep insights that provide pathways to action. This action can be as tiny as responding to a customer or as big as a shift in brand positioning.

Social media monitoring entails capturing metrics like brand and competitor mentions, relevant hashtags and business trends. It is great for measuring Return on Investment (RoI) of campaigns or even A/B testing. You look at metrics like engagement, mentions, likes, follows etc. It is about keeping an eye on your brand’s mentions online and responding as per company policies. This is relevant for immediate reactive strategy and pertains to all conversations around brands like product questions, reviews, and perhaps even service repair complaints.

It is when we take action in response to the insights provided by this data, that we enter the process of social listening. It looks beyond mere numbers to reflect on the mood behind the data. It helps brand custodians understand how people feel about their brand and competition beyond just counting the number of times the brand has been mentioned. Also called social media ‘sentiment’, keeping track of it is a key aspect of social media listening. For Modi and the BJP, the #mainbhichowkidar was not just a strategy for response to the Congress party, but also a strategic opportunity to mobilise citizens as saviours of the nation. A negative sentiment was very impactfully used to change the entire mood of the nation, going beyond just the netizens of India.

When an insight from social listening is delivered to the right people in the organisation at the right time, in an actionable form, it delivers maximum benefits. Social media intelligence plays a role in taking the insights gained from social listening, converts them into actionable opportunities, supporting brand custodians and organisations in maximising the impact of their social media strategy, content and engagement tactics. It is at its best when it delivers multi-dimensional insights into a company, promotions, its competitors, business, clients as well as influencers.

Engaging successfully with consumers in a hyper connected digital world needs current data, not historical information. ‘In the moment’ customer insights are needed to accurately shape strategies in order to target and deliver content that is relevant, perhaps personalised and engaging. Social intelligence makes it convenient to understand the sentiments of the consumers, engage your biggest fans & brand evangelists, discover emerging trends, pre-empt crisis and respond in real time.

As social networks move from clicks to conversations, social listening will gain more importance as we move through the fourth industrial revolution. Social listening can help organisations and brands harness the insights that turned the label ‘chowkidar’ from an affront to adulation, multiplying the positive message tenfold. It is important to envision the bigger picture through social listening and not just limit ourselves to social media monitoring, as that would very much be akin to missing the woods for the trees.