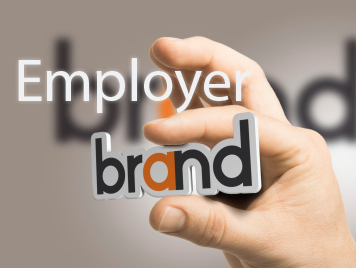 A brand is something that’s built over time, takes time to establish, or in the days of social media, it can be built quickly. However, it can fall just as quickly too.

The trick, really, is for brands to be consistent. In their messaging, their tone, their voice, their PR. So, today, I choose to pick my three favourite stories that have moved me because they were large brands taking strong, employer brand stands in extremely challenging times.

The first is Asian Paints. Mid-May The Economic Times wrote a detailed story here on how they transferred Rs. 40 crore into contractors accounts. My favourite takeaway is the quote from the MD: “We have to set an example of true leadership and an organisation that takes care of all its stakeholders. I have been updating the board regularly on all such initiatives and have received their approval for these actions,” MD and CEO Amit Syngle told ET.

Now, it’s one thing to help your own employees, but when the MD & CEO says it has to take care of all its stakeholders, that statement just blew me away. This, when I personally know of a friend whose company is, perhaps, a contractor, and they had to reduce their staff by 75% because they did not have an income to pay anyone.

So, what Asian Paints did is huge, but what their action has done for their brand value is priceless.

It almost reminds you of the movie, Evan Almighty, where the ultimate message talks of a random act of kindness. You never know where it can take you. Of course, you don’t do it thinking of some return, but the genuineness shines through.

And something that’s shining through really well, in the midst of the horrible death of George Floyd, is Nike’s turnaround ad that flipped its own tagline to say, “Don’t Do It”. I cannot even tell you how many questions ran through my mind, as a communications professional, on how Nike got that done so quickly, who wrote those lines, and wow, the timeliness in which they ran this.

To my mind, this campaign will go down in the history books of marketing advice and employer brands. The fact that great rivals are fighting… together.

For those of you who track the IT sector, it’s almost like the way top three were arch rivals in competing for business in the late ‘70s and early ‘80s, but when it came to formalise the community, they fought, together.

While these were two really powerful stories, there’s another one, which had to deal with the unpleasantness of letting go of their employees. However, to my mind, they did it so gracefully, and my favourite, the leader led from the front. That brand is Zomato, and its CEO, Deepinder Goyal.

In his tweet here, Goyal said it best, “A humble request to all organisations that are hiring to review the Zomato Talent Directory”. No entrepreneur, in his right mind, will ever want to let go of employees, it’s tough when you sort of start small, and know everyone by name. However, Goyal’s language was so respectful. It wasn’t pity, but matter-of-fact: we have great people, please hire from this pool. That was the best, his tone.

It’s one thing to let go of employees, but to keep a directory here; it just went the extra mile. Accenture did do something similar here, however, that was for the overall workforce. This is the first story I heard of, there could be others, where the organisation that has laid off people is also helping them find jobs.

Net-net, to me, these three stories spoke of a value that always provides a return that’s immeasurable: swim upstream when it comes to your employer brand. Go the extra mile, it may cost you something, but the return is priceless.

The reputation and brand of an organisation is safe with millennials

It takes courage to Raise a Voice and Take a Stand