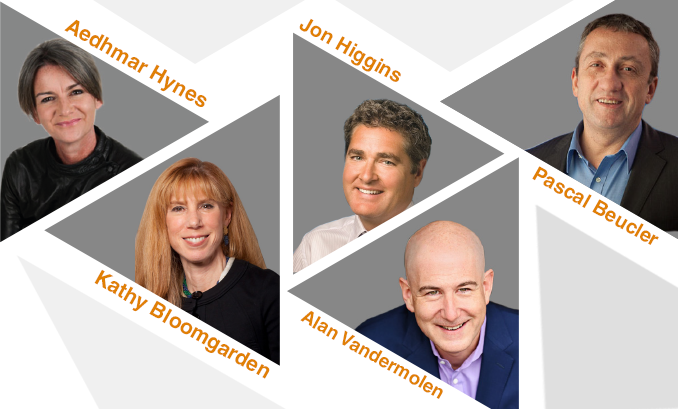 “A Global Viewpoint on Reputation Management” was the topic that was centrestage, for the Power Panel 2 on Day 1 of PRAXIS 2016.

The flow of conversation touched on the fact that storytelling has an impact on reputations. “At the heart of many a communication is a great story. How do you do that across multiple platforms in India?” questioned Aedhmar, and went on to add that the best people to do that are journalists. Alan observed that what is fascinating is the power and influence of traditional media in India. You have the dichotomy of a changing business – that is the power of media. Continuing the discussion on storytelling and storytellers, Jon pointed that in this era of transformational change the PR business needs more people with different skills – like visual storytellers.

When the moderator brought up the point of “disruption” (where do you see disruption?), Kathy was quick to highlight the fact that the biggest disruption is happening in e-commerce; India has moved aggressively in the e-commerce space, which is loud and clear to all. There are many lessons to be learnt here. Without a doubt, it has been a challenge to gain a foothold in the Indian market – remember how difficult it was for Amazon to gain share from Flipkart? MNCs were not that appreciated in the Indian context and we can take the recent case of Nestle, and the beating they took for the Maggi controversy, that rustled up a lot of attention.

The reputation of India also got blurred. Referring to hearing about “rapes” in India, which had actually hit the reputation of the country, Pascal recalled that during the Cannes Lions Fest an award was given to a group of people who created a chip that could be inserted in the ears of sacred cows. “So typical of Indian creativity!”  he said.

The moderator then, stirred the conversation to talk about ‘risks’, as he said that India is the land of opportunities but it was also a land of risks, very similar to China too. Alan immediately put forth the fact that the biggest risk is assessing the market. But, somehow he felt that risk is manageable, as companies are large spenders like Tata Group. And the media which actually builds reputations “is so wild in a good way. The print and digital market is on fire!” Pascal was of the opinion that the biggest democracy will face social rage and issues. In France, we are very good at that, he shared with a smile. In this connection, Aedhmar brought up the fact that there is the ‘haves’ and ‘have nots’ in any business.

Today, the existence of millennials is a reality, but the question is: how do you communicate to millennials?  Kathy disclosed that at a macro level, recognition is what they crave for, which is encouraging and leads to a better business environment. Plus the current political leadership and commitment to fanning the rise of business will make a huge difference.

Finally, the spotlight was on the topic of opportunities. We are in a golden era, highlighted Jon; There is so much change happening with the influx of technology, which is bringing to the forefront new, emerging tools. It sure is an exciting time! We need to bring in new thinking more often, and we need to start looking inward. We have to reach out for people with different skills, to make a difference, he concluded.

Academics and Research at PRAXIS 2016

Be the first to comment on "The golden era for Reputation Management!"