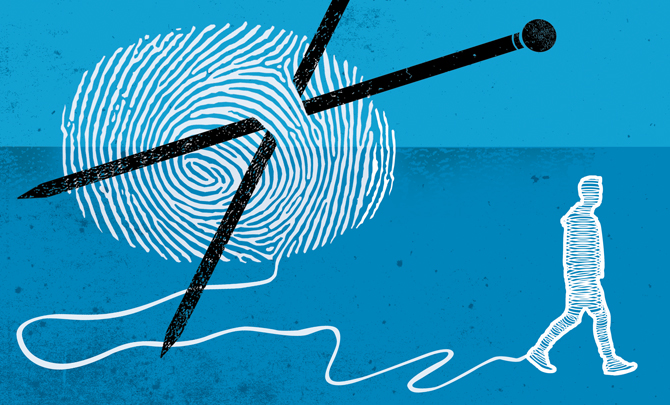 You have many identities, yet none you can call your own. You have no fixed identity yet many that you cling on to.

Sample this. When you were born, you were branded a male or female, the first such distinction that roughly divided you into one of the two types of people in this world. Let’s say you were a female. It divided you from the males and united you with the females. And then you began acquiring a plethora of new identities all dividing and uniting you at the same time, some stayed with you till you died and some were just transient. In the end, they all left you with just one identity – the body. Until that vanished too.

Does an identity divide or does it unite? It divides you from those who don’t align with it and unites you with those who become a part of it. What we forget is that an identity is only an idea that gives some meaning, perhaps some value as a result of that. Value is of importance only to humans. You want to make sense out of everything you can see, touch or perceive. By giving meaning to Gold, you make it valuable. By ignoring a piece of stone lying on the seashore, you make it meaningless. By calling another piece of stone, God’s manifestation, you make it valuable again.

The philosopher’s stone is a legendary alchemical substance capable of turning base metals such as mercury into gold. Is it a physical transmutation or simply an idea that another base metal can be as valuable as Gold?

The idea of identity is deeply rooted with ownership, a fundamental human instinct, one that has its roots in insecurity, the fear of missing out on something you feel you rightfully deserve but are just not getting it. Identity covers up this fear or perhaps it serves as the perfect illusion that there isn’t anything to fear anymore. When you own something, you feel good. You also want to protect it. Any sense of ownership eventually boosts your ego. It is the ego that you are protecting and securing.

Identity has been the root cause of thousands of wars and millions killed in the name of religion, nation, gender, family, business or whatever else they belonged to. The same word when applied differently has united people to solve problems to make the human life better; science, engineering, art, medicine, and music. So, how should we use it? And how do we not allow its misuse?

The moment you belong, you feel superior. How many times have you heard – India is the oldest civilisation or America is the greatest nation in the world? Or sub-group identities like, I am a Hindu American or American Hindu depending on what I consider more superior. More recently, I have heard people saying, I identify as a Hindu, but I don’t identify as a right-wing. A left-wing Hindu then? No, no, that’s not what I want to be called either, if you get what I mean.

At the risk of making it sound like a necessary evil, let me also share with you how identity enhances your life. When you identify something by giving it a name or meaning, you make it valuable. And every time you do that, it returns the value back to you. It makes you valuable as a return gift, it makes you richer, if I may say so. This in turn further boosts your sense of identity, something that you start to derive from the value accorded to you.

It works in a circular motion, like many other things in nature.