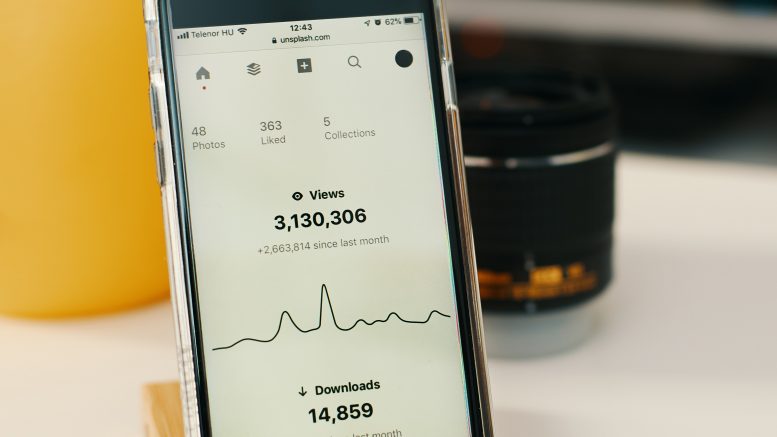 When was the last time you scrolled through your Instagram feed to be accosted by visuals of perfection? Considering that India ranks third in terms of the app’s usage, probably a few minutes ago. From physical appearances and food porn to landscapes and smiles that seem to signify eternal bliss – Instagram has quickly become a place where goals are made, and self-worth goes to die. According to a survey conducted as far back as mid 2017, the app was found to be the social media platform with the most adverse effects on users’ mental health and well-being. Active Instagram usage has been associated with heightened anxiety, depression, and a general lowered state of mental health derived from FOMO – a very real condition in today’s age of easy accessibility and easy shareability.

Starting off as an application that aimed at content creation, content sharing and free expression, Instagram eventually became a high pressure platform where followers, likes and comments all became a matter of contention, with competition soaring high, and posting is becoming more of a chore than anything else. While this provided an outlet to people who actually wanted to make this their job, for the average Instagram user it became counter-productive whenever they wished to unwind with the app. While there is still a sea of positives on this platform, from environmental awareness and body positive activism to discussions on independent music and cinema – there remains the dark side of it all that becomes reminiscent of an American high school movie, complete with bullying, peer pressure and low self-esteem.

Instagram as a brand clearly began to feel responsible, and in April this year, the head, Adam Mosseri announced that the company was launching a test run of hiding likes on the app. This meant that users could see their own like count but could not see the count of others, thereby stemming the negative effects of comparison-associated mental health issues. The aim? Creating a “less pressurised environment”, as well as ensuring that content is more honest, authentic and that likes are given for pure appreciation, rather than depending on whether a post already has numerous likes or not.

While the tests began in Canada, Instagram now plans to expand testing to several other countries like Australia, New Zealand, Ireland, Italy, Japan and Brazil. With such a rapid spread, average users, content creators, influencers and marketing agencies are all beginning to wonder about the consequences of the “like ban”.

So, what does it mean for everyone?

There is a lot of chatter about how influencer marketing is dying out, at least on Instagram. This may be a bit of an overstatement. What will change, however, is the way influencer marketing is carried out, and the benchmarks set for content quality. In a survey conducted by influencer marketing agency Obviously, in Canada after the “like test” roll-out, 62 out of 100 major influencers stated that they had not really changed their approach to or increased their time spent on content creation. This will differ from country to country of course, and in a setting like India where the search term “buying Instagram likes in India” throws up a variety of options, content creators are going to have to pull up their socks. With likes being out the window, like-buying will become redundant, and engagement will depend solely on content quality. This will be the case even during a pitch to a brand. Influencers will have to create premium quality strategies and content to ensure that brands get on board.

With the growth of the influencer marketing industry, and the influx of fraudulent likes on various social media platforms, brands are already becoming conscious that they need other ways to verify the impact of an influencer’s contributions. With the Instagram “like ban”, the use of tools and quantitative metrics will increase manifold. The true measure of ROI on influencer marketing will be either clicks translating to online sales, or views translating to store walk-ins. This means that as a subspace in marketing, influencer marketing will become truly credible and quantitative. For brands, it will also help filter out the noise and zero in on genuinely effective marketing.

Another announcement from Instagram has been a plan to roll out a feature that allows brands to pay for and thereby promote posts by influencers. This means that influencers’ posts can now reach people beyond the realm of their own follow lists, appearing in the general public’s news feeds with a “paid partnership” tag. While this means a wider reach for individual influencers, it also means higher revenue for Instagram, considering that the platform will now begin to earn a larger share with advertisers using a paid model.

While there is a lot more to Instagram’s like-ban than the development of low-pressure social media, it promises to be a welcome change to the average instagrammer. As for influencer marketing, quality was always important, but now will take absolute centre stage. In the words of Daniel Snow, Forbes Council Member and Founder, CEO of the Snow Agency:

“An influencer is qualified by their ability to generate buying decisions simply due to their influence over their audience and the audiences that they represent… An influencer with a hundred followers who produces content that resonates with your core audience because they share similar demographics, interests and physical appearance may, in fact, inspire more sales than the content maker with a million followers whom your prospective and current customers cannot relate to.”

I now pronounce you ‘Jeevan Saathi’

Tech made me do that – How user interfaces affect habits