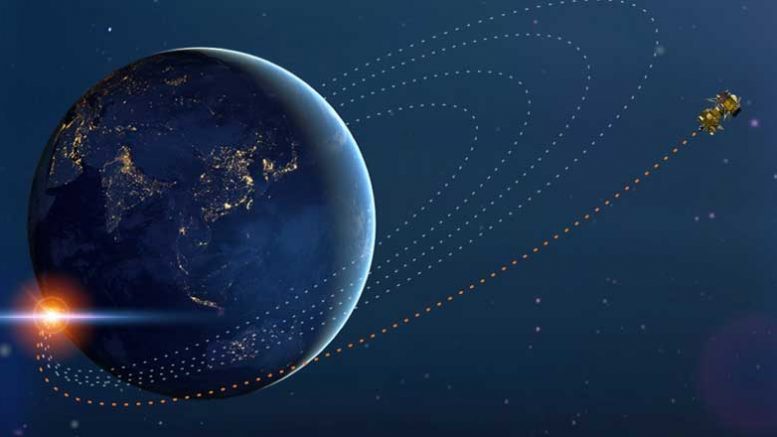 I was one of the lakhs of Indians who was awake till 2:30 am on the night of September 7, 2019, waiting in anticipation of witnessing India make history with Vikram soft landing on the moon. And like all Indians I was also heartbroken with Vikram’s sudden disappearance from the screen! However, once I got over the initial disappointment and the curiosity to find out what really happened, it became clear that the manner in which PM Modi reacted, he had set the tone for how the entire nation would react to the episode.

PM Modi’s immediate reaction when ISRO’s chief, Sivam informed him that the communication link with Vikram was lost was, expectedly, of disappointment. He is also human and for a minute you could see that he was struggling to control his emotions. However, he regained his composure very quickly and came back to give a very encouraging speech to the ISRO team. We all also witnessed him comforting Sivam, while the latter broke down and I think that this image will stay with us for a long time. His address to the nation the next morning was even better – he was completely in control and spoke in his usual charismatic style. And one could see the commentary on social media, TV channels, newspapers and chai-time discussions reflecting the same tonality.

This article is not about PM Modi or ISRO but about the lessons we can derive from how the communication was managed post the debacle.

Preparation is key: The entire world was watching closely and the pride of the nation was at stake. Additionally, as the economy is under pressure, this good news could have brought some cheer among the citizens. TV channels were covering the event live with PM Modi being personally present at the ISRO headquarter to witness the historic moment. The stakes were as high as they can get! And if we were to consider the events of the last several weeks leading to the final countdown, Chandrayan 2 project had achieved all the milestones flawlessly. It led everyone to believe that the mission was going to be a big success. In this backdrop, a sudden failure would have thrown even the most well-trained corporate executive off track. I have personally witnessed well-coached and well-prepared senior leaders, fumbling when things do not go as planned. It is indeed very difficult to control your emotions, especially when you are in front of the camera as the bad news is breaking out. However, the manner in which PM Modi regained his composure and made it seem like it was business as usual, speaks volume of his training and preparation. Not letting the emotions get the better of you even in the most unnerving times is a lesson, we all must learn.

Walk the talk on celebrating failures: We have all seen, read and heard about celebrating failures. Except for a very few innovation driven companies, most companies are terrible at it! There is a lot of talk about it in board rooms and employee newsletters. However, when the rubber hits the roads, there are hardly any takers for celebrating failures. There can be several reasons for this but the three key reasons that I have been a witness to are – not walking the talk, not putting in place a mechanism for employees to implement and a failure to explain it in layman terms. Several times when corporate leaders say that they want their teams to celebrate failures, they do not exhibit the behavior themselves. The biggest proof for employees is, when they witness their leaders celebrating failures publicly (and also in private). Nothing else can replace the credibility of walking the talk. The second important point is that companies have to clearly explain to employees what does celebrating failure mean for them and which failures are acceptable and which are not. E.g., failure to complete a critical project on time or letting a section of the under-construction bridge fall off is absolutely not acceptable and these failures cannot be celebrated. However, teams working on breakthrough innovations where chances of success are slim, will need to celebrate failures as innovation doesn’t usually come without several trials and errors. The managers need to be coached on how to differentiate between failures which happen due to lack of commitment and the ones where the teams have put in their best efforts and have still failed. They also need to be coached on how to exhibit positive behavior when their teams fail.

Set the tone, but also follow through with easy proof points: If one analyses the communication being put out in the public domain, starting with PM Modi’s speech the next morning, two clear and interlinked threads, emerge. The first being that it is not a major setback (95% success and only a minor failure) and the second being that ISRO has a history of success and the entire country is with them. The general public is unlikely to understand the science behind the setback. However, by giving them easy to understand statistics such as the mission is 95% success, and shifting the focus to the orbiter by talking about the number of experiments that the orbiter was supposed to undertake, the discussion has shifted from Vikram to Pragyan and the tone from failure to success. PM Modi had set the tone the same night (and the next morning) by giving a clear signal that he is with the ISRO team. This gesture struck the right chord with the citizens and a majority of Indians followed his cue. However, by talking about the rich history of ISRO and its accomplishments, people have been given a reminder and reignited the pride for ISRO. If there were any seeds of doubts, this timely reminder has helped clear those.

We all wanted Vikram to soft land on the moon but for now, we have images of the Modi-Sivam hug and a confidence that success will come soon!

Please note: This is not a political article and I sincerely urge you to consume it without getting influenced either by your strong love or strong dislike for the person mentioned here!

2 Comments on "Three communication lessons for corporates from Chandrayan II"

Finding a gem on the Emerald Isle