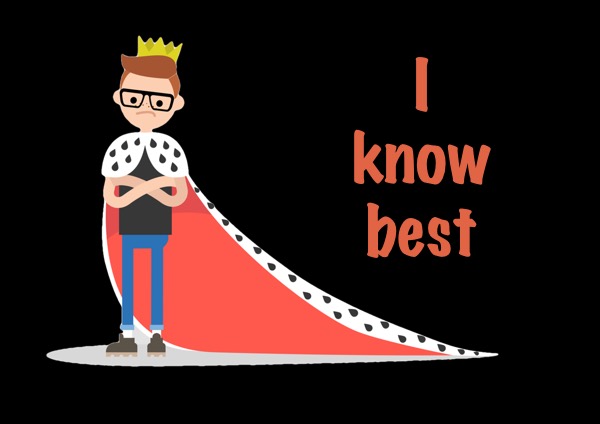 This area of behaviour in leadership often goes unaddressed and ignored because a lot of people in positions of power believe they are entitled to being arrogant and throwing attitude. In my limited years of experience, I have come across many leaders who are unapologetically arrogant and brash and you remember them for it and those that are epitomes of humility and grace.

There are three stories I want to share here and they are important because each one of them is imprinted in my memory as the worst experiences I have had with people who think power is the biggest thing they have and the rest of the world should bow down to them because they are god’s gift to mankind. At this juncture, let me also tell you there are people with attitude problems with absolutely no claim to fame as well, but they don’t leave lasting impressions like leaders do, so those stories can be discounted.

The first story I share here is one of an interview, with a premium global real estate brand and this was way back in 2010. I was being interviewed for a managerial role and by then I had already led teams and worked on projects that gave me exposure beyond the average experience someone my age carried. I was 24 with 3+ years of work behind me and the position was open to someone with 6+ years, yet, I was chosen from Naukri and the recruiter told me I was a fit because of my body of work suited the role and that they would ignore the years of work involved.

I would always attend my interviews and any important meetings dressed in a saree as it gave an air of maturity, so, it was the same case in this context as well. I was meeting the Director of Corporate Communications who was a lady and I was excited as women leaders always inspired me with their journeys. Unfortunately, through the course of the interview I realised that the person in front of me was arrogant and insecure and there was a lot of aggression in the retorts and the way it was conducted. It stayed with me.

The next one, was at an event for an organisation that I am an advisor and brand ambassador for, where the annual celebrations were on. I was on a panel discussion with a few people and it was being moderated well by an amazing gentleman. But a co-panelist who was and is CEO of a large firm in India, unfortunately only heard part of my introduction of that of me being a pageant title winner and decided and stereotyped me in his head. He was rude on the panel, didn’t let me speak or validate my comments, mansplained himself and cross-questioned my thoughts without giving me an opportunity to complete. He also resorted to micro-aggression and his intolerance was so evident that when I came off the stage, people congratulated me for holding my ground and staying stoic through the onslaught.

The last one is where I was not at the receiving end of the behaviour, but I was privy to it, as I saw an important member of an event I was anchoring, behaving terribly throughout and acting like everyone owed him royal treatment. He bullied his way through it, he would decide to leave the room just at the start of the show, he would distract his fellow panel right in the middle of something important happening on stage, speak out of turn and try and hog the limelight at every step of the way. He would want to take a call on the flow and call the shots, when in fact he was an invited guest and he also ended up throwing many people involved off their tracks with his so-full-of-himself attitude.

In all cases, the learning for me, either as someone at the receiving end of such behaviour or just being in a space where it occurred, taught me some life lessons and here they are:

This piece triggered some old memories and wounds for me, but I realised that I had only done the right things at every step and hadn’t intended harm nor caused it at any point, so I have learnt to forgive and move on. But, I choose to keep the memories alive and not forget them so I always have my life lessons that I learnt from these instances alive, as reminders for me as to what I should never become.

Privilege blindness and its repercussions