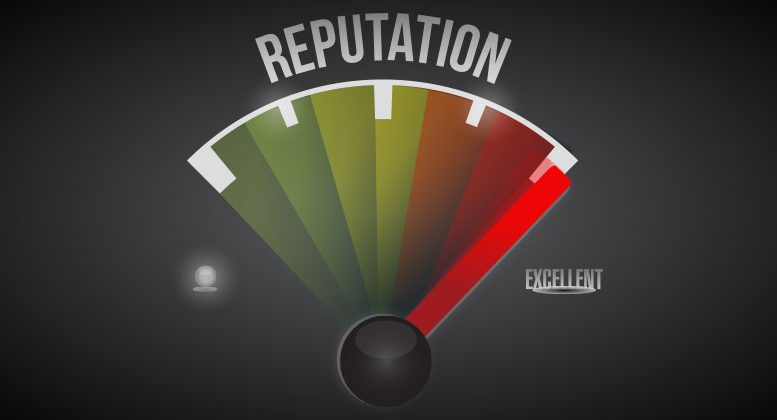 Oh yes! It’s a small world, as the most pertinent conversations can happen in unexpected situations. Recently, I met the CEO of a reasonably well-known company in an elevator and as most conversations begin, he happened to ask me about what I do. As it seemed like my “elevator pitch” moment, I told him about the reputation management firm, Eminence that I run. Intrigued he asked me if companies take reputation management as a conscious exercise. To which, I replied, “Yes they do”. “Truth be told, the concept of reputation is far more significant than ever before,” I added. Concurring to my statement, he immediately handed over his business card and requested me to fix up a meeting in the upcoming week. While I was glad at yet another instance of the pitch eliciting a response, I wondered how such a critical concept needed a nudge to be considered.

Reputation as a concept has evolved over the years, yet a lot of people think about it from a shallow perspective of media coverage, thereby limiting its appeal. In reality, reputation has a critical role to play in any corporate’s business strategy. With discussions around risks increasing and multiple instances of well-respected names coming under the scanner, reputation is gradually finding the space in strategy documents, which it deserves; yet, there are still miles to go.

What is causing this shift? Here are some of the factors that top my list –

First of all, the customer profiles have changed substantially. Their needs and approach both have transformed, influencing the overall social fabric and vice versa. For instance, an industry like banking; customer profiles that used to be heavily male-dominated, especially urban salaried or business owners type are now moving to tier II-IV or even in rural India. Today, in addition to covering men and women both, it also includes students, freelancers, consultants and more. Add to that the evolution of overall banking needs. Similarly, such a shift in user-profiles can also be observed in the oil and gas sector. The household consumer base has undergone a complete transformation. The shared kitchen duties, women’s widened role in the household, preference towards gas pipeline, reduced vehicle ownership age and rising number of people owning multiple vehicles are just some of the factors that are causing the shift there. Talking about the airlines, many of us didn’t even start flying till we started earning or if there were an emergency, while it’s pretty regular for the kids of this generation. Thus, irrespective of the industry we may consider, the users’ or consumers’ landscape is transforming, thus pushing companies to rethink and sharpen their positioning strategies.

Secondly, the evolution of media (both platform and content) – From newspapers, radio, television to the Internet and more, media platforms have revolutionised the way we consume content. A detailed news article of 800-1000 words is now being replaced by 280 character alerts or even inshorts! Additionally, the emergence of advanced technology and devices has helped the media to become all-pervasive, 24X7. This has also empowered people at large to be more vocal. As a testimony, a wave of mobile journalists has struck the media industry enabling them to put the spotlight on various news/issues in a jiffy. Concurrently, this puts corporates and brands under pressing urgency to respond mindfully in a limited time. Even a smaller negative instance on such platforms gets amplified, leaving a lot less time for damage control Vis-a-vis traditional media.

Lastly, the overall ecosystem has progressed. Apart from the above-mentioned social advancements, the other pieces of the equation include the government, administrative bodies, regulators and legal councils, which have also transformed. Today, owing to the quick and widespread flow of information, the authorities are conscious of their self-image too. Transformed user base empowered with information and platforms to voice opinions, has made the authorities more accountable. Active social media presence of regional police, railway authorities, central government ministries, and chief ministers’ offices with regular updates and responses acknowledge the emergence of this trend.

Each of these factors has ensured that reputation risk management becomes a central theme for many corporates and individuals. Episodes like Theranos, WeWork, Uber, PNB, and more evidently point towards the impact of this evolution – stakeholder groups across industries are becoming more cautious every day. I am certain that this gradual transformation will lead to increased consciousness around corporate or individual reputation and move from accidental elevator pitches to boardroom discussions.

Be the first to comment on "Time to up your Reputation quotient?"

The chronic problems of undercutting and overcharging