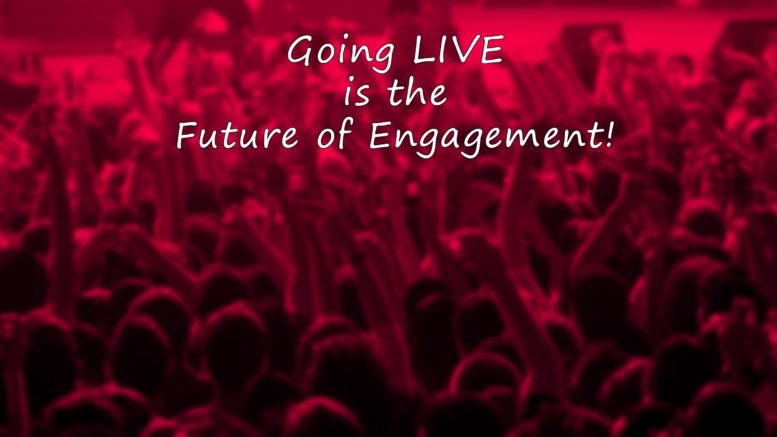 Suddenly it looks like there is no credibility gap whatsoever, as far as videos are concerned. And, brands are on the overdrive, getting engaged with videos. Yes, now, brands are going out and taking the risk on live videos, with the sole objective –  to engage customers. Just as when Moto G5 was launched, the event was live-streamed, which again hatched multiple views. What was prominent was that on YouTube and Facebook it received 37,000 and 210,000 views!

What does a live video do? It allows a person or a brand to stream video content, which is unedited in real time. According to experts, live videos are gaining in popularity because they are both engaging and immersive, giving consumers a face-to-face experience. Unlike mass media channels like television or radio, here the communication is not one-sided. Live videos build positive digital interaction among a brand’s target audience, often by sparking captivating conversations.

Live videos also help brands when celebrity endorsers get to interact with consumers. Avon India, for instance, received more than 2,000 interactions within a short span of one hour, during the Avon True launch, when consumers got into a Q/A with the brand ambassador, Bollywood actor Aditi Rao Hydari, and even got tips from her. The chance to interact with influential personalities attracts viewers.

Talking of videos, I remember reading about an incredible incident in Russia. A blogger, was given a suspended jail sentence by a court in Russia after he posted a video of him playing the Pokemon Go video game within the confines of a church, last year. Ruslan Sokolovsky was found guilty of “inciting religious hatred” inside a Russian Orthodox church, after he posted the video on YouTube which, incidentally also attracted a huge viewership – more than 1.9 million views! So, as the stories went, Pokémon Go may have been used to rob people and instigate stabbings, car crashes, but here it seemed that playing the game in church was just as dark and morbid … well, in Russia at least!

Pokemon Go just proves that reality just isn’t enough! If we are kept wondering what really kept this highly stimulating entertainment ticking, it is just that it looks at life as a video game! After all, it did seem that Pokemon Go was an exciting experiment in getting humans to become automated machine-like, in that it forced players to get out, move around, “experience” things. It could include a variety of experiences – like crashing into police cars or getting robbed in the process, or even jumping off a cliff thus paying with your life!

If this is the future of reality, then we have a great deal of work to do … so, it’s time to put on your thinking caps and go on the video-mode.

Pursuit of happiness: well within reach?

The RepuTATAion of Ratan and the Mistrust of Cyrus!