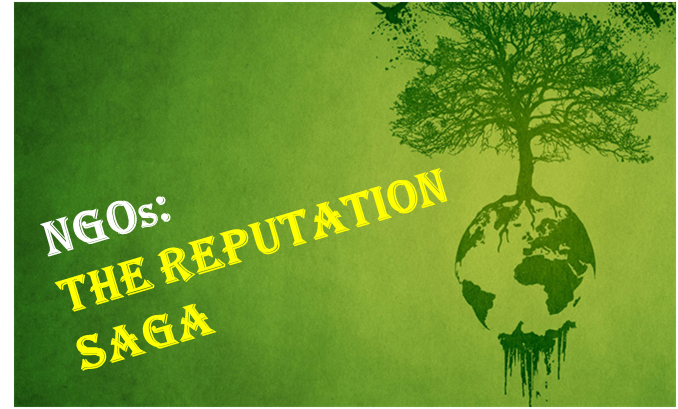 It’s a fact that PR plays a vital role in efficient management of NGOs. Many NGOs are coming up with their own PR strategies, even appointing high-profile celebs – to attract social attention and funds. The importance of Public Relations in NGO management is now accepted worldwide.

Foundations and charities are using sophisticated PR campaigns to raise funds, and artfully using standard lobbying techniques with governments. Interest groups may be of political importance because of their ability to influence on the social and political front. At times, NGOs seek to mobilize public support too. A PR strategy can be used to create awareness about the organisation’s aims and objectives, which can lead to the flow of funds.

If you think over the process followed by NGOs, you realise that today, the rules of the game have changed. Earlier many NGOs functioned in a very traditional way and, you could say that perhaps, they did not use Public Relations as a tool for attracting social attention and  funds.

NGOs need to communicate and tell a story

Today, visibility is a premium commodity. If you have a strong story to tell, you can grab the headlines! Having a unique brand story, helps you build brand awareness and position strongly in the market. Brand awareness is a measure of how well your target audience knows your brand. NGOs, like other organisations, try to raise visibility for their groups.  So, like other organisations, they should work with communications programs to ensure their message reaches the masses.

Like profit-focused organisations, NGOs face many challenges and opportunities – including competing for a share of voice in the media-clutter. They do have one significant advantage over corporate peers: their perceived inherent credibility, not tainted by the profit motive. Interestingly, the mission may be noble, but if an organisation is not telling its story consistently and strategically, it is bound to fail!

Here are outlining five best practices to help NGOs organise a PR program that will generate media attention and visibility among target audiences.

These can help NGOs leverage their expertise and communicate their messages more effectively, enabling them to connect with new audiences, widen their spheres of influence, and enhance their reputations – all in the service of their mission. In order to do good, an organisation must first communicate well.

Differentiate with a compelling, message-driven story

Every organisation must be positioned differently. It must define its unique story and value to the communities it serves,  whether it’s an MNC, a small NGO, or  a start-up. This story should be built on a foundation of sharply-defined messages that clearly position the organization, bringing in a differentiator. A core message platform is the key to any communications strategy.

In crafting the message, remember the 5Ws and 1H – the “Who, What, When, Where, Why and How”.  Once the core message platform is finalised, organisations can create tailored versions for specific target audiences. Finally, message discipline is key: ensure the messages are pulled consistently through all communications vehicles, from website copy to interviews to speeches.

Use strategy to drive success

It is seen that NGOs may conduct a series of loosely connected or unconnected communications activities to drive immediate goals. However, proactively executing a well-planned  communications strategy that maintains the messaging consistency is far more effective in achieving long-term objectives and creating a distinctive, enduring reputation.

Today, we see many celebrities endorsing NGOs, when the glamour quotient shoots up at NGO-sponsored events.

It’s important that NGOs actively, consistently engage with media, major patrons, influencers; they need to choose spokespersons carefully, who have some expertise and comfort with a variety of relevant topics. Spokespersons may also be given professional media and presentation training, which will help sharpen the messages; it will also make the messengers more comfortable and ensure the organisation is speaking in one voice.

Chart out the communications activity

The communications plan must be rolled out. Execution, which might include conducting regular media outreach and issuing proprietary data and surveys – is vital. Plotting out these tactics against the strategic communications campaign helps organisations both to prioritise and generate awareness.

Use social media to engage

Social media has a democratised communications pattern, that allow organisations to reach people on a broad scale and in various creative ways, cost-effectively.

Social media should be approached with the same strategic mindset one would bring to traditional communications. Interaction should be message-driven, useful to your audience and part of an overall mix of communications tools.

4 Comments on "What role does PR play for NGOs?"

Applying learning from Yagna in the corporate world- Part II

The Telegraph oscillates between courage and outrage, but it certainly is ‘newsatainment’