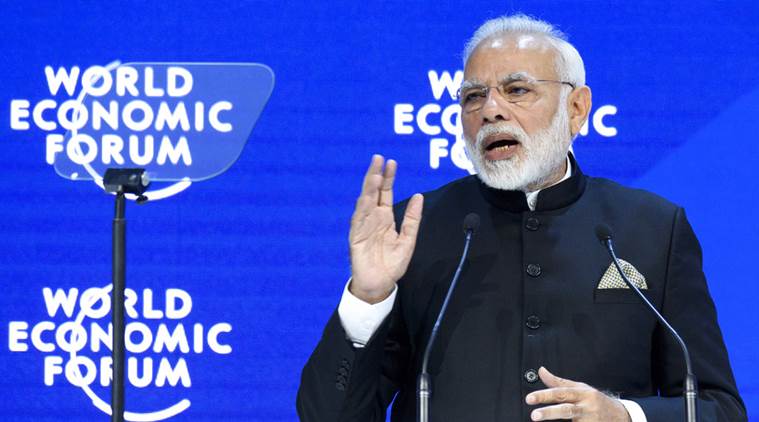 As I pen this, PM Modi has the world wowed, as he delivered the keynote speech at the World Economic Forum (WEF) at Davos. Showcasing ‘New India’ he addressed global CEOs, urging the business community to connect with India. Making a strong pitch to investors, he said the government had rolled out the “red carpet” and was removing the “red tape”. The major thrust of his speech was to present India as an open, inclusive country as he explained, “India has always believed in values of integration and unity, ‘Vasudhaiva Kutumbakam’, which means the entire world is one family. It is relevant to bridge distances.” Incidentally this is the first trip by any Indian Prime Minister participating since 1997, (after two decades) and he had the business community totally engaged.

Meanwhile, with Republic Day just round the corner, there is a lot of action in the capital city. We are aware that India celebrates its Republic Day in colourful, exciting ways all over the country. To mark the event every year, Dilli-ites watch the grand parade that starts from the Raisina Hill, near the imposing Rashtrapati Bhawan and ends at India Gate. Rehearsals are in full swing, to have the citizens hooked already.

Brands are on an overdrive, as Republic Day ushers in attractive offers. The retail universe spells out ‘Sales’ loud and clear, and it’s a known fact, we Indians make a beeline for good deals with discounts or cashbacks galore.

As it has been happening for the last few years, Big Bazaar has come back with Sabse Sasta 5 Din this time, offering  great saving deals and surprises – free vouchers, future wallets and more. Now that they are celebrating the 12th anniversary, they will dole out “double dhamaka”.

With India on a celebration mode, as it completes 69 years of Independence, how can e-commerce players be far behind? Flipkart Republic Day Sale 2018 focuses on special offers at great discounted prices. So, hurry and be the first to pick your favourite TV at prices never seen before, they urge consumers.

Raining discounts, Amazon launched its Great Indian Sale. Snapdeal celebrates Republic Day with “Pride of India” e-store – with special curated products to bring unique handloom and handicraft items from all parts of the country. Representing the diversity of cultures, this store also has products from famous Indian brands, patriotic themed items and quirky stuff uniquely related to India. It is indeed, showcasing the rich diversity of a nation on the move.

Another engaging activity for book lovers are the Lit Fests that pop up frequently every year. As the heat gives in to lighter, cooler climes, the country gears up for celebrations that promise to roll out happy times for people. And, recently, literary festivals or ‘lit fests’ as they are popularly known, have joined this high-spirited bandwagon.

With the production of books on an upward swing, the country is indeed, witnessing a boom in literature festivals. I came to know that it was just successfully completed in the City of Joy – Kolkata, while talking to my sister-in-law, who stays there. The Appejay Kolkata Lit Fest 2018 played host to sessions on various critical issues in India, and also tied up with prominent foreign literary festivals – to add an international flavor this year. Woven around the theme of ‘India @70’, it was all about book launches, one-on-one sessions with authors, screenings and poetry sessions among others.

Now, literally ‘staging literature’ will be the ZEE Jaipur Literature Festival 2018. There have been varied descriptive phrases used for The Jaipur Literature Festival – like the ‘Kumbh Mela of literature’, the ‘greatest literary show on Earth’ and ‘a place where the socialites and socialists meet’. Theatre, dance and ‘performance poetry’ will be centre-stage at the 11th edition of the festival. We learn that Jaipur Literature Festival 2018 is set to explore the creative symbiosis of literature and the performing arts, enriched by the flavours of theatre, music, dance and performance poetry in its wide-ranging, sparkling bouquet. It looks like the event will spark off all expectations – to turn out to be a melting pot of ideas, for sure!

Be the first to comment on "Wowing the world, celebrating India and literature"

For brands, it is about communication that leads to conversations!