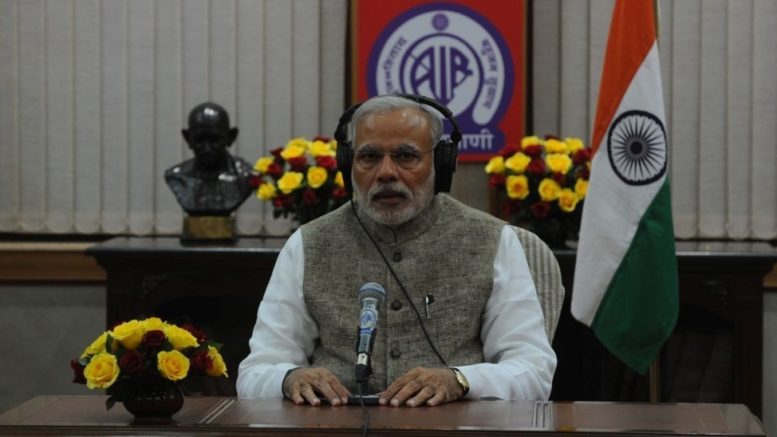 This weekend, Prime Minister Narendra Modi will deliver the 40th edition of Mann Ki Baat – one of his significant outreach programmes from the PMO. I dug a bit into it to understand whether it has been effective.

What was the need of it?

It was an important manifestation of his promise of a more transparent and dialogue driven government. Reaching out to masses, often on the back of nascent technology has always been an integral part of his effectiveness as a mass leader.

Flashback to 2014: in the run up to his prime ministerial campaign he had successfully captured top of the mind recall on all mainstream platforms. However, to a largely media dark part of the country, he was probably unheard of. World Bank estimated that by that year roughly 270 Million Indians did not even have access to electricity (a substantial portion of these in rural Uttar Pradesh and Bihar). In came the Modi Ane Wala Hai Rath – five feet high LCD screens mounted on 400 trucks, playing Modi’s speech on loop running across 95,000 villages for a month. 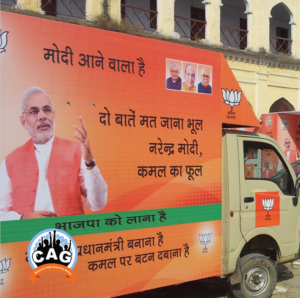 For a populace who had barely seen a mobile screen in their lives, this was a marvel.

Modi has had many such technologies at his disposal – some were created for the very purpose of mass outreach and some pre-existing – but all costed a lot to set up and run.

Fast-forward to today: Since he joined the PMO he has official access the world’s biggest media. All India Radio reaches 98% of the country geographically and over 90% demographically. Along with AIR, the broadcasts are made on Doordarshan National and News channels, YouTube, and other social media channels, and even free outbound calls on demand.

Then there is the high functioning amplifying machinery of his party, the BJP. In July last year, Uttar Pradesh state BJP unit organised listening events at 1,42,000 booths. Similar activities were undertaken in the Gujarat and UP assembly elections by members of the BJP.

Collectively, it is broadcast in 150 countries, in various languages including Hindi, English, Urdu, Chinese, French, Russian and others, to an audience the size of which is difficult to fathom.

Leveraging this power helps him cement his brand in the far reaches of India. If there was a part of the country that did not hear him speak up till May 2014, they have now.

Has Mann Ki Baat achieved what it set out to do?

There will be no shortage of ‘numbers’ to show how effective Mann Ki Baat has been. Two years ago, PMO announced a phone number on which a missed call would beget a call back with the full audio of the latest edition of Mann Ki Baat. Within the same month, nearly 3 Million missed calls were made to the number, and a Million people heard that month’s Mann Ki Baat. When Modi famously co-hosted the January 2015 edition with then President Barack Obama, it was expected to reach 2 billion people around the world.

Here are a few factors that this initiative has religiously kept up, which may explain this juggernaut:

Issues and themes of the 39 editions so far have ranged from a message to youngsters on lifestyle diseases to climate change. Many of his themes seem to speak to youth (last year he promised to launch a book on Mann Ki Baat as a stress buster for youths, inspired by his conversations with students across the country). Here are some themes covered in Mann Ki Baat:

He uses it actively to give a report card for the government’s performance. Frequently updating citizens on how the existing schemes are performing and the challenges faced by the administration in delivering them. But most importantly he uses the platform to explain the rationale behind some of the radical changes his government has brought about, and setting the stage for some they intend to bring about.

He acknowledges efforts made in the remote corners of the country. From congratulating a young student, Ravisha from Goa, for writing an enlightening essay on Swacch Bharat, to lauding a campaign called ‘Brother Number One’ started in Harda district of Madhya Pradesh, wherein the brothers are encouraged to gift a toilet to their sisters on the occasion of ‘Rakshabandhan’ so that mothers and sisters will not have to defecate in the open. Such recognition can go a long way in inspiring people, especially when it is by the Prime Minister of the world’s largest democracy.

The platform invites citizens to contribute ideas and suggestions via call, SMS, social media and the government’s crowdsourcing MyGov.in. Over 61,000 ideas were received on its site in its first 15 editions, along with 1,43,000 audio messages. This time last year, nearly 9,000 ideas were received for Modi’s Independence Day speech. It highlights the attitude of his office towards transparency and continuous dialogue.

And here is the direct benefit to Modi: he has created another initiative which is exemplary on a global scale, and nearly impossible to better or even replicate. He has ensured capturing complete monopoly over national mind-space at a certain time.

From the perspective of reputation management and stakeholder engagement, this is an absolute masterstroke and potentially the biggest subliminal catalyst to his success in the 2019 General Elections. Rajkumar Rao starrer award winning movie Newton reminded us that there are masses out there who vote for people they’ve never seen and parties of whom they’ve never heard. Many of them have now heard a charismatic statesman speak, for the first time. That is bound to leave a mark.

Do you agree with this analysis? Are there other ways in which it has been a success or a failure? Do let us know in the comments below or on Twitter @HemantGaule.

A calendar of your strengths