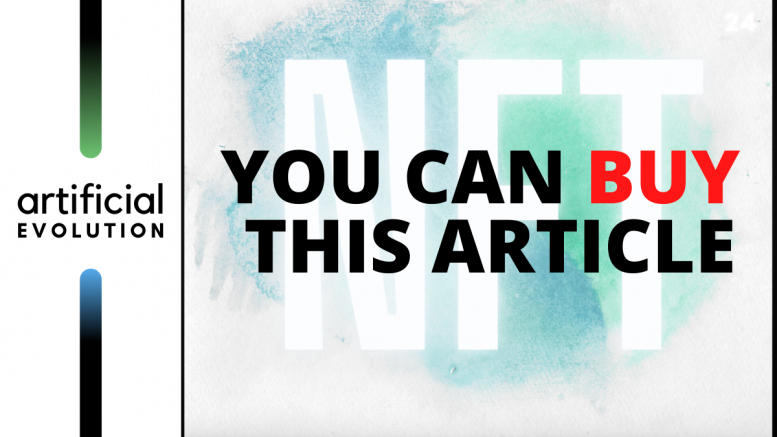 Author’s note: The title is 100% literal. The original word document of this article can be bought on Mintable for 0.57 ETH – or about USD 1234. (pricey, yes.). The listing will only show the cover, however, the document is attached as a hidden file only to the buyer.

Want to be meta and own an NFT about NFTs? Buy it here on Mintable.

Anybody know how art works yet?

Plato first defined art as ‘mimesis’. Translated from Greek to English, it essentially meant copying or imitation. For a long time after, art was defined as a remaking or representation of something that could be beautiful, thoughtful or have intrinsic value. Over millennia, art has changed from cave paintings to ceilings of chapels to just in the mind of the creator.

No really. Imaginary art has been sold.

The art world is weird. There is enough data and evidence to support that some of world’s most expensive art has been used for well, money laundering. The 21st century bought a new avenue for artists – more specifically digital artists. There used to be a time, not so long ago, when digital art wasn’t valued very highly and artists and designers used to primarily create art for their portfolios and display it on DevianArt.

Then with the introduction of blockchain and other decentralised ledger based applications, NFTs came to be.

I first read about NFTs back in early ‘21, when a certain Mr. Jack Dorsey auctioned off the first ever tweet that read: 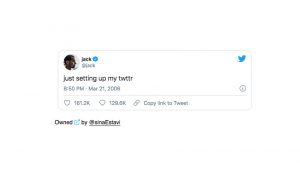 Immediately after, I read about Beeple, (Artist Mike Winkleman) who did this:

69 Million dollars.
For a JPEG.

Hang on. Go back to the NFT thing. What exactly is it?

You’re right, I forgot to explain it earlier.

NFTs, or Non Fungible Tokens, are essentially an entry into a common ledger that is validated by users of a blockchain.

In other words, they’re sort of like a validation that a digital item is authentic. It could be anything: Audio, GIFs, Video, memes, text, tweets and of course, this article.

Here’s a bit more clarity from the WSJ:

Okay… So how does it work?

Here are some initial pointers about NFTs

So how do I mint them? And do we sell them as Jpegs or whatever?

Minting is a pretty simple process, but it does cost a little cryptocurrency in transaction fee since you’re using the blockchain’s services. Converted to INR from ETH, it’s between Rs. 500 to Rs. 1500 depending on the platform.

As mentioned in the earlier point, once minted on one of the above platforms, you could transfer it to your social crypto-wallet and have them listed across all platforms as sale listing.

To be clear, what you’re selling is the ‘right to the image’ and not the image itself. Some platforms also allow you to sell the NFT but not transfer the copyright for the same.

Achha, so has the NFT wave hit India?

It’s about to. WazirX, the people behind the cryptocurrency already have an Indian NFT marketplace. They aren’t really open to everyone but do release applications every other month or so. You could apply as an artist and they’d probably reach out to if they like your work. If you’re interested, you should follow them on Instagram. They put out some of their best sold art work everyday.

I’d expect more NFT marketplaces to launch within 2021 and hope to see some really interesting digital art in the coming future.

Woah. So this is really a thing, huh?

In the year 2020, the NFT industry was about USD 300 Million. In the first quarter of 2021, the market had touched USD 2 Billion. These numbers maybe higher due the growth in the overall crypto market, but still – woah!

There is much to happen still. We’re still perhaps in the infancy of an industry that might be the next frontier in digital. From large auction houses like Christie’s and Sotheby’s getting involved as sellers to large multinational corps like the NBA launching their own NFTs, NFTs  are at the edge of becoming mainstream.

To sign off, I’d like to give some unsolicited advice: Go to your brand people – the women and men who make brand guidelines, logos and brand positioning statements – and tell them to mint your company’s logo as an NFT. By chance, if you happen to sell your company’s assets or just change your logo and design, you’d at least have a legitimate way to value your brand’s visuals.

Be the first to comment on "You can buy this article: The rage around NFTs"

Another time, another place – Stories from yesteryears of Indian PR