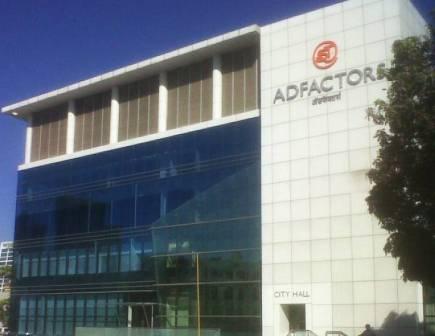 This will be a series running through all Mondays in May focussing on the Top Five Consultancies in India of which only one is Indian. Every year The Holmes Report publishes the list of the world’s 250 largest consultancies based on the revenue of the previous year. This is an authoritative list and keenly sought after. In the last couple of years Adfactors broke into the Top 100 and has been hovering in the 80s. This year, Adfactors closed its books as the first Indian firm to have a revenue upwards of Rs 150 crore per annum, which translates to about Rs 12 crore per month. It is possibly the only firm to have atleast a dozen single brand clients that pay it retainers upwards of Rs 20,00,000 per month.

How did this tiny firm that started out as an ad agency become super giant in the last decade? When I first met Madan Bahal back in 2003 as part of the placements team at my Alma mater, it was not even a Top 10 firm. There were others, some of which are now defunct which made the mark. It was known as a financial communications consultancy best suited to handle IPOs and investor relations. What really transpired between then and now is mostly an open book.

The co-founders have worked tirelessly to ensure the firm stands tall despite all odds. Their headquarters in Mumbai is a proof of their determination to be the first among equals. I have had the fortune of visiting the headquarters of all the leading firms in New York and no other company has an office with the size and might of what Adfactors has in Lower Parel, Mumbai. I have had the opportunity to meet over a dozen Adfactors employees in the last couple of years, who have spent over 15 years in the firm, again very rare for most Indian firms to retain senior talent for such long periods of time.

While Madan Bahal has become the face of the firm, the behind the scenes man, Rajesh Chaturvedi is someone the media endears to. This combination of managing the client and the journalist with aplomb has set them apart. With marquee clients such as Vodafone, Infosys, Ola, Samsung and Godrej, Adfactors has ensured that it does not get bracketed as a financial communications powerhouse. With smart hires in the last few years including the likes of Roger Darashah, Nijay Nair, Atul Takle and Vrinda Walvalkar the Human Resource factor has played a key role in building the organisation.

As the promoters inch towards their mid-sixties the question about succession remains. They would certainly have a plan which may have been kept under wraps. For now, Madan still criss-crosses the country every week from Mumbai to Delhi to Bangalore and back. To have made it to the list of Top 75 global firms based in Mumbai in its 20th year is no easy feat. Ranked 72 with a $24 million turnover with a 24% growth from last year calls for a standing ovation.

May there be more such organisations that are made in India. Time to celebrate India making a mark on the global PR map.