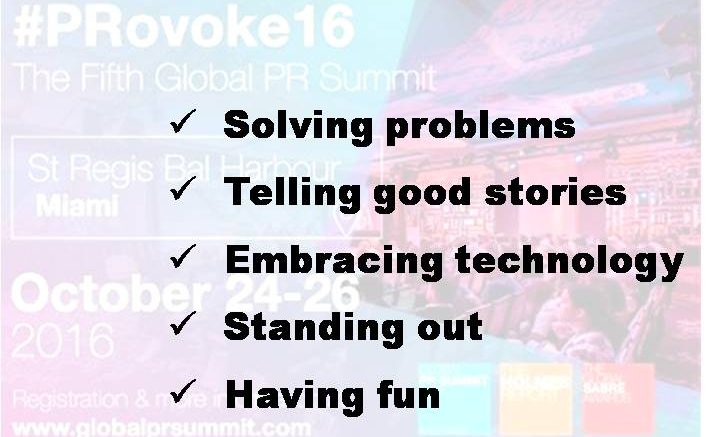 I was fortunate to be in Miami for the Holmes report Global PR summit now titled PRovoke, held in end  October. Those were two days of speed learning. Detailed coverage is available on the Holmes Report site. I picked up one article that covered the gist of the summit.

There was a lot more discussed at the summit. But to my mind these will be the trends to watch out for in the year ahead. Public Relations will revolve around good storytelling, solving problems, standing out, embracing technology and having fun along the way.

What can harm the reputation of a young organisation?