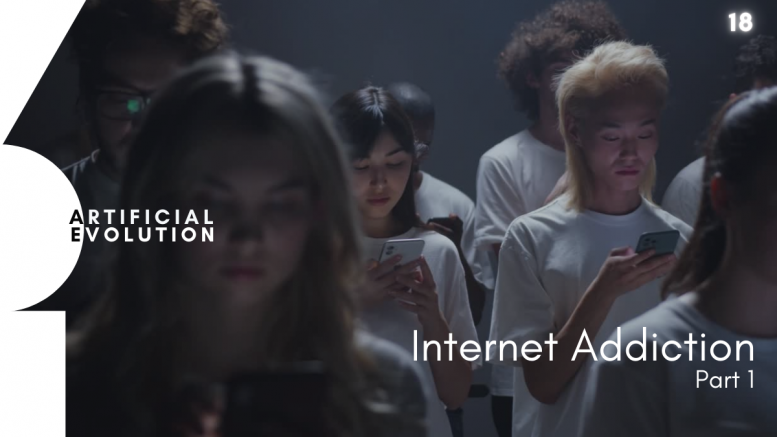 Author’s note: This is a serious subject. The uptick of screen time over the past 18 months cannot be ignored. From infants to senior citizens, the usage/need for content consumption increased by over 30% on average in just over a year and a half. To put it in perspective, our ice caps have melted by 30% – In 50 years.

So this is serious.

According to a Guardian Report, Professor Lembke of the Stanford University’s Dual Diagnostic Addiction centre:

“Our smartphones are making us into dopamine junkies”

Internet addiction is a broad term that encompasses a wide range of behavioral and impulse control problems related to the Internet, personal computers and mobile technologies. The notion of an Internet addiction disorder was presented by Ivan K. Goldberg in 1995 as a joke and a parody of the complexity and rigidity of the Diagnostic and Statistical Manual of Mental Disorders of the American Psychiatric Associations (APA). In his first narrative, he describes the disorder as symptoms of “important social and professional activities to reduce Internet use, fantasies and dreams about the Internet, and voluntary or involuntary finger tapping or moving.

Like Dogecoin, what started as a joke became a global narrative.

Back in the earlier 2000s, TVs had become mainstream and every kid my age had a similar schedule. School, back home, watch some SwatKats & Tom & Jerry – go play for a bit and watch something that family wanted at night with dinner. Yes, some families had more than 1 TV, but often everyone congregated to main room for some “quality time”

As we grew older, we realised that our content consumption changed in three specific ways:

Most people who abuse alcohol or drugs have a predisposition to become addicted to the internet most of the time because it serves as a way of escaping reality. A study by the universities of Swansea and Milan has shown that internet addicts who stop using computers have similar withdrawal symptoms to drug addicts.

What does all of this mean, though?

Today’s use of the Internet and computers is deeply rooted in today’s society and is changing the way we live our lives faster than any other technological medium. Part of this convenience allows us to stay connected and present when alarms ring or ring, identify incoming texts, emails or breaking news. But when we reach for our smartphones without thinking about how to stay connected, we drift away.

Next week we discuss part II of this piece. We’ll discuss the projections of how digital and internet addiction evolves over time and how one can take one or more of five steps to guide our own and the lives of people we know away from addiction.

See you next week!

Be the first to comment on "Internet Addiction: Part 1"

Ten trends for Public Relations in 2020

Work-life balance – A myth or a fact