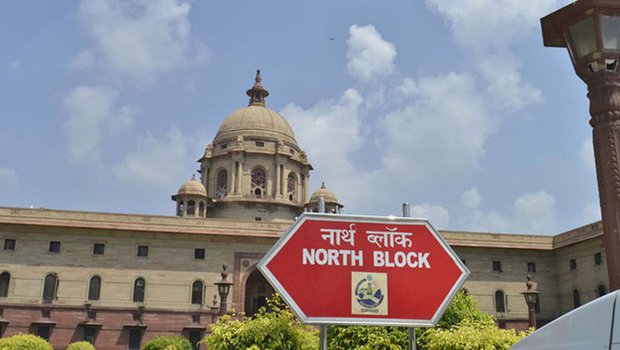 Some fond memories of beat reporting came back last week when the North Block was in the news for what it is doing to news — or rather news gatherers. The bar on entry of journalists into the corridors of the Finance Ministry without prior appointment invited statements from media organisations who called it a gag of sorts. I agree. The point is that the ban breaks a time-honoured rule of permitting access to correspondents accredited to the Press Information Bureau.

The Finance Ministry has always been completely out of bounds for journalists in the “quarantine” period preceding the making of the Union Budget. That is understandable as an extra layer of security is needed on key tax proposals. But a blanket restriction after the budget is out is to say the least, puzzling.

I have covered the Finance Ministry for at least four years in a row during the early years of economic reforms and off and on thereafter. I was wondering what has changed in the nearly three decades since to invite a restriction on correspondents. There are two big changes. One is the arrival of tough BJP approach and its disenchantment with the so-called “Lutyens media”. The other is the rise of TV news channels. I am pretty much certain the ministry restriction would mainly hurt the pink papers, Business Standard, The Economic Times and Financial Express (and I have spent time in all of them), as also ET Now and CNBC TV18.

For some reason the ban reminded me of social media followers being blocked on Twitter or Facebook. Now, consider the fact that a US court of appeals last week actually ruled that President Donald Trump cannot block followers on Twitter on the ground that it violated the country’s constitution and openness. A judge said “the best response to disfavored speech on matters of public concern is more speech, not less.”

That should hold out a hint for the Government of India.

Perhaps it is not discreet for reporters with camera crews stalking the corridors of the North Block. Economic reportage is more often not about soundbites, but about deeper knowledge that beat journalists can get from closed door chats. What easy access to a ministry’s corridors to a correspondent enables is that they can get a few minutes here or there without an appointment or bump into officials to build relationships. Maybe the government does not like the good vibes that bureaucrats and journalists build with each other.

Only joint secretaries and above are permitted officially by the government to speak with the media anyway. These are busy people. Most of them help the media (or used to) by granting a few minutes at the end of a busy day or sometimes between long meetings. I once took a car ride with N. K. Singh, the chairman of the 15th Finance Commission, when he was the joint secretary in charge of the IMF-World Bank division during the crucial IMF-led reform years. He was understandably too busy to have a formal meeting but I was keen to meet him. Such meetings can be useful for background briefings, quick clarifications, or even understanding some procedural issues — be it a parliament question, a constitutional nuance or an emerging subject matter. Journalists are often underrated for their need and ability to learn about new developments because some issues are such that you have to learn things on the go.

Deeper coverage, especially on economic matters involving everything from bilateral aid to IMF votes, outmoded laws and centre-state relations are not matters that you can easily get from Wikipedia, online sources or structured courses. Remember, journalists are in a competition to excel, have deadlines to meet and need to be accurate as well as articulate to the extent possible.

I do believe finance minister Nirmala Sitharaman’s decision needs to be reviewed. As it is journalism is slipping on standards and context. Restrictions of the kind she has imposed would only make journalists rely on less reliable sources.

Journalists don’t stop doing stories because of restrictions. They just do their best somehow. Improved, increased access to officials helps them tell stories better. If officials are not accessible or do not offer comments, careless whispers may become louder voices.

Corridor walks also result in asides, tidbits and the occasional gossip on official movements and attitudes. But I think these bits are an integral part of democracy. If anything, they can indirectly inform senior leaders and officials of what is happening under their nose and improve the quality of administration. Accepting all that requires an open mindset and a sense of humour. Right now, those seem out of fashion.

P.S. I wonder what the Finance Ministry rules are for lobbyists and liaison officials of corporate houses who regularly visit the North Block. In the good old days, we used to joke that these guys managed to enter without accreditation cards somehow and even get better access. There is so much gossip there that it merits a novel.

Be the first to comment on "North Blocked! How Finance Ministry curbs on journalists may hurt quality of reportage and governance"

Print media lets itself down!