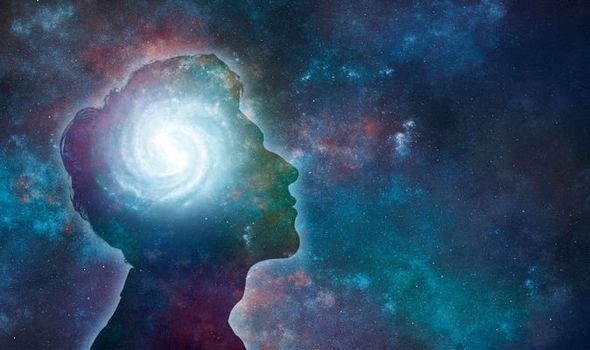 As humans, we have been trained to ridicule the invisible. We have been given to believe that the five senses we have will serve as the fundamental test of existence. Just because I can’t see it, hear it, touch it, smell it, or taste it, doesn’t mean it doesn’t exist. What we are unable to comprehend is that what’s visible to one person is invisible to another. Or for that matter, what you see is not what I see and vice versa. A financial analyst sees business numbers and ratios with ease, so much so that he can predict the future of a company. What an artist sees as the hand of God, you may see it as a bridge that helps people cross a river. A psychic reader will be able to see through your current state of mind and energy state to predict your immediate future possibilities. For another person, it may seem rather fictitious.

As a human being, you are capable of multiple planes of consciousness. You are as capable of seeing the future as you are of analysing the past. All you need is the faith in your ability to see the unseen, the willingness and the desire to work on it with purity and intent and God’s grace to endow you with the talent it needs. What is humanly impossible to most humans can be humanly possible for you. It simply requires you to clean your inner lens continuously, the dust that has been accumulating for ages. With each swipe, as the clouding withers away, you will start to see new possibilities. Possibilities that you thought were not possible in this life for you will suddenly become obvious as they always existed. Yes, indeed, they always existed. Just you couldn’t see it. You had blocked your view, unconsciously. It is time to bring in consciousness to your life.

Newton was driven by the belief that the path to true knowledge lay in making observations rather than reading books. Most of the known science he discovered which later formed the basis of modern physics and mathematics happened to him, perhaps through observation or by being consciously conscious to what was happening with things around him.

In order to enhance your consciousness, you need to strengthen your observation skills. The role of an observer is special. She can see about you what you can’t as a doer. It’s an uphill task for most people to watch their actions and words. If they could see themselves in real as one could do on reel, they wouldn’t do and say most of what they usually would.

In fact, most of us are scared to see ourselves on camera, especially in videos. We are almost embarrassed. It’s like the truth will be out. In that sense, we are like animals, especially dogs. A dog can go mad looking at itself in a mirror. Watching yourself is like looking at yourself in the mirror. You will go mad if it told you the truth each time. We like to use mirrors to dress up to look good, to hide, not for watching our real selves. Most of us hate reflectors, the people who tell us our truth simply by watching us. We love distractors though, those who flatter us, make us feel good. We love people who play to the gallery, those who keep us covered and hidden.

The journey to becoming a great observer starts with the willingness and intent to be observed unhindered. For that to happen, you must be able to trust the observer. This requires courage. It takes a highly evolved individual to seek the help of a genuine observer. It requires you to become vulnerable, naked and fully exposed. Do you have anybody in your life that you can completely trust? A family member, a friend, or perhaps a Guru whose primary role in your life is just that. To watch you and tell you the truth.

The final state in this journey is when you become the observer and the observed. It will start to happen gradually, sometimes only for a few distinctive moments. It will happen when you start to trust yourself fully and unconditionally. This is tough. To be vulnerable and being watched by your own self is the toughest thing to accomplish. Most of us actually hate most things about us. There is so much we want to change about ourselves. The challenge is that you can’t change till you see it fully. In order to see it fully, you need to become your own reflector. To do this continuously and consistently requires practice. But once you have done it, you will have reached a highly evolved level of consciousness. Once you have learnt to see yourself through, you would have immensely enhanced your ability to see things that others can’t in this mysterious place called the universe.

Be the first to comment on "Planes of consciousness"

To tell a story without words, create ‘a sense of place’