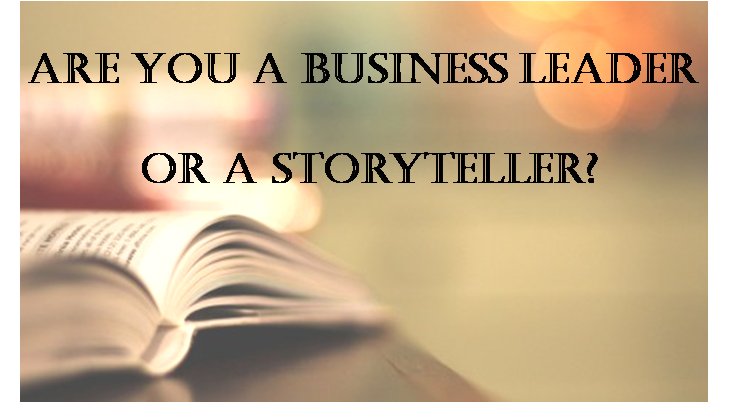 A story can ignite our imagination. It can motivate, inspire, change our pattern of thinking and, most importantly, spur us to action.

A great story is very powerful – business leaders understand that. Being a great storyteller means being able to read an audience and speak to them, perfecting the C’s – clarity, confidence, credibility and charisma.

What makes for a great story? We often come across stories that are meaningful, which connect with the audience, who in turn, also get to share stories that motivate, entertain and inspire.

The power of a story
We have watched business leaders do it down the ages. The most recent being the Jio story, which was unfurled very dramatically a few days ago. “Jio launches mother of all telecom battles,” screamed a headline. It seems that the ‘mega telecom disruption’ is finally here! Reliance Industries Ltd (RIL) chairman Mukesh Ambani announced at the 42nd AGM that Jio will be offering customers free domestic voice calls and zero roaming charges. The question now is – will Reliance Jio be a game changer? Jio will out an end to voice call charges in India. No Jio customer will ever have to pay for voice calls again. These are the simplest and the most attractive tariff plans in the market, with the lowest data rates anywhere in the world, Ambani narrated.

Another story that’s top-of-mind is – the Fb story. The Facebook story was plain and clear in the movie, The Social Network – and the storyteller Mark Zuckerberg, pursued it tooth and nail, through its arduous journey, as it ignited the minds of the public worldwide. In fact, it was commendable that TIME magazine named Facebook founder & CEO – the Person of the Year 2010. TIME chose its hero, at a time when Lady Gaga, James Cameron and Julian Assange (founder of WikiLeaks), were vying for this title.  ‘The social network created by Mark connected almost every tenth person on the planet,’ observed the TIME editor-in-chief, who added, “Facebook is the third largest country in the world that knows about its citizens as much as no government on this planet does”.

It’s a surprisingly simple secret to success that Elon Musk’s story outlines. From Paypal to Tesla, he indeed has one winning strategy. Barely a decade old, Tesla is already gigantic and adored; and a 2014 nationwide survey positioned Tesla’s Model S as the “Most Loved Vehicle in America.” So, how has Tesla flourished where others have flopped? Today, everybody thinks Tesla was created by its charismatic CEO, Elon Musk, who is the face of the company.

If it were only inspiration that storytelling provided us with, then, we have seen it in action. We have had some great leaders, who have always inspired with their stories – like the address of Steve Jobs at Stanford Graduation.  In this iconic speech, which is famously called ‘‘Connecting the dots’’, Jobs tells the story of three points in his lifetime where he confronted great challenges. The world of business will always look at Steve Jobs as a truly unique storyteller.

Stories do not necessarily begin fairytale-like, with the words ‘once upon a time’. When they go viral with the art of storytelling, we see that leaders tell the story first and see how fast it will spread. Storytelling also provides the leader and the organisation with a winning advantage.

Why is storytelling so important to business leaders?
You can lead people with a good story. People will read a good story and get inspired and motivated to act in a certain way – leading to effective impact. And, business leaders want to create that impact.

If leaders have difficulty with storytelling?
First, the biggest barrier to telling stories at work is not having any stories to tell. Stories can be used by leaders to help navigate the most common challenges they face. They can also start collecting their own storyline, from Day One, which can be narrated along the line.

Does storytelling always start at the top?
Everyone, of course, tells stories. The stories that get narrated repeatedly become a part of an organisation’s culture and heritage. Stories are being told by the CEO or sometimes, even by junior employees.

After hearing stories from business leaders, people will pick up and tell the same stories ahead. Business leaders know this. Fortunately, they can help choose the story they want to spread.

Be the first to comment on "The business leader as Storyteller"

Will brands run after the new cricketing prodigy?