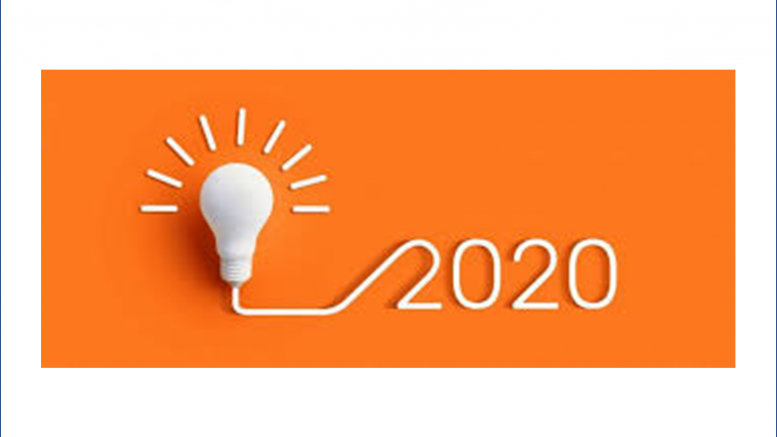 2020 is indeed a beautiful year. A year where the numbers repeat which happens once in 100 years. It is a year that brings a lot of promise and an additional day. A year that will witness the end of a decade. This year will certainly be special in several ways. At Reputation Today and its sister brand The Promise Foundation there is a lot in store. Because we believe in Engaging the Intelligent Communicator and offering interesting platforms that are meaningful to the ever-evolving individual.

The ninth edition of the flagship PRAXIS will take place between 18th and 20th September in Kolkata. The three conclaves – on Innovation in Gurgaon, on Influence in Mumbai and on Impact in Bangalore will take place in March, May and November respectively. Then the Super Nights in December will take place in Delhi and Mumbai.

SCoRe (the School of Communication and Reputation) which Reputation Today supports will welcome its 5th batch in the summer at its campus in Mumbai. A new division called Mind Mint is being floated to support the knowledge aspiration of 21st century society. It will be the following – an aggregator of experts, a marketplace for knowledge givers and a collaborator to emerging platforms. As part of being a collaborator it is identifying four entities (a media outlet, an individual, an association and a company) to co-create four unique events in four corners of the country focussed on diverse constituencies. The year started with Knowledge Factory being organised on January 10th in Mangalore.

As part of the venture to collaborate, one will witness a summit focussed on making Bangalore a better city for the future. The DH Bengaluru 2040 Summit will be held on May 28th in collaboration with Deccan Herald. A conference focussed on single women with the credo – Single Women of India Forward Together. The SWIFT Summit will take place on August 1st in Bangalore. The Mind Mint Summit – one that showcases a dozen inspiring speakers from different walks of life is proposed to be held towards the end of November in Mumbai.

Three more new concepts will take shape during the year. The Reputation Today Learn and Breakfast series, smartly called the RTLAB. A content marketing series aimed at digital marketers. Pro-bono offering to 3-4 marketers who are becoming authors to help them launch their books with the community of reputation management professionals.

On the knowledge sharing and content curation front, Reputation Today has broken all records by onboarding over two dozen professionals to write weekly columns with a year-long commitment.

We are also building on our series of Lists. We will start off with the 100 Most Important Professionals list in February (this is the cumulative list of the Power 50 and Mighty 50), followed by the 10 Best Consulting Teams, the 30 Top Corp Comm Teams and the 40 under Forty which is likely to be renamed 40 Young Turks.

Be the first to comment on "The perfect year is here…"

How is Public Relations helping businesses build a brand, organically!