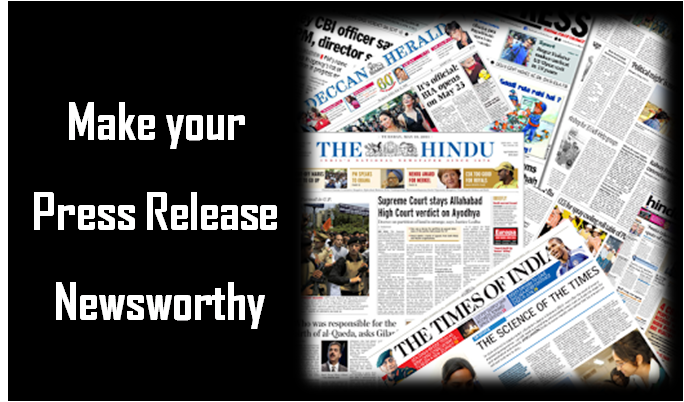 For most PR professionals it is critical that they are familiar with certain journalism concepts – like news peg. Your success as a PR professional may be limited, if you fail to grasp this basic idea!

Fortunately, the news peg is quite simple to understand. Also known as the story hook, it is simply the reason a reporter chooses to report a news story. The peg makes the story timely, and thus defines the story as news. It builds a sense of urgency too. And, without timeliness, there cannot be any news.

By definition, newsworthy is being topical, interesting, significant or momentous. You may have often faced a situation when journalists ignore your press release because they do not believe the news you have sent is newsworthy; in fact, they may have told you, in no uncertain terms – that your press release is nothing but an advertisement for your product! And then, they would suggest that you get an ad printed.

In breaking news, the peg is almost always found in the headline and in the lead paragraph. If you think feature stories need not have a news peg, you are wrong! They, almost always, have a news peg as well, though they can be harder to identify than in breaking news. But, the peg is still very much there!
When writing a press release, you definitely need to identify a news peg. In other words, establish what makes your story newsworthy.

Sometimes you can create the news peg through an overt act, an event, a survey, an announcement and so on. You do this by localising a national story or by offering expert third-party commentary from known personalities in that locality.

In any case, the news peg is your key to enticing the news media to accept your story and tell it now! Without a peg, it is unlikely that media will tell your story at all.
Here are some typical pegs that you will find in the news almost every day:

There are a number of points you can keep in mind, while drafting a press release, to ensure it has a news peg:

Keep a local connection
The media wants to hear about things that are happening with their readers or viewers. Highlight the fact that you reside in the area covered by the publication. Emphasise how your product is for the local people. If it’s an NGO, restaurant or even a book, a reference to the local surroundings would help. The factory, restaurant or the writer may be from that city or state. So, against this background, your press release appears newsworthy.

Create an upcoming event
Rather than announcing that your product is being launched, you could focus on an event around your product. For example, if you are launching a new cycle, you can focus on it being used in a cycle marathon, or as a restaurant you can announce a food festival, as a bookstore you can host a book-reading by an author. Of course, the event should occur within the publication/channel/radio station’s broadcast area.

Have a unique, interesting story
Storytelling is the master key! A story that will get readers talking is always welcome, as long as it has a local connection.

Connect with a time or season
Look for a way that your product connects to a particular time of the year, for this is when interest levels will be high. For example, soft drinks will be popular in summer, a marriage or festival-oriented novel or film will do well in the marriage season, a revolutionary book on history will grab attention around Independence Day, and so on.

As each media you choose, is different, you may need to tailor your press release to each media.

Be the first to comment on "What’s the news peg?"

Skills that conventional PR folks can leverage to transition to #DigitalPR

What political journalists out for interviews can learn from Simi Garewal