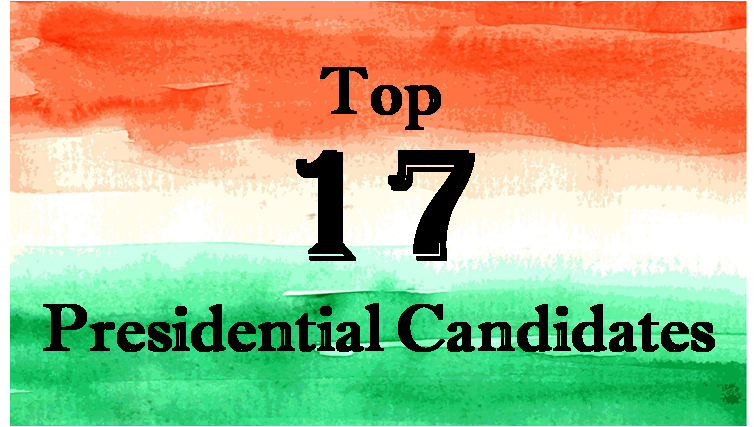 As we get ready to bid adieu to this leap year which was historical in several ways we stare at 2017, which is certain to throw several surprises our way. In the middle of the year India will witness a change of guard in its Presidency. Pranab Mukherjee’s five-year term will come to an end and so also will the second term of Vice President Hamid Ansari. Hectic public relations outreach will start taking place soon after the elections in Uttar Pradesh and Punjab are completed. In fact, the results in these two states will determine who the next President maybe. There are several men and women who would certainly love to serve the country from the majestic Rashtrapati Bhavan. There have been a few names doing the rounds for some time and here is a comprehensive list of 16 people who make the cut at the end of 2016 for the country’s largely ceremonial top Public Relations job.

The eight women probables are all well qualified but may seem like lightweights to the current dispensation.

The run up to the job is a large Public Relations exercise. The job itself involves a lot of Public Relations. I will be really surprised if the next President is someone from outside the list. Prakash Singh Badal, E Sreedharan and Hamid Ansari would have made it to the list if we were to choose 20. But it’s 2017 so we stuck to 17.

Small Steps PR Communicators should take before the Year End

A calendar of your strengths