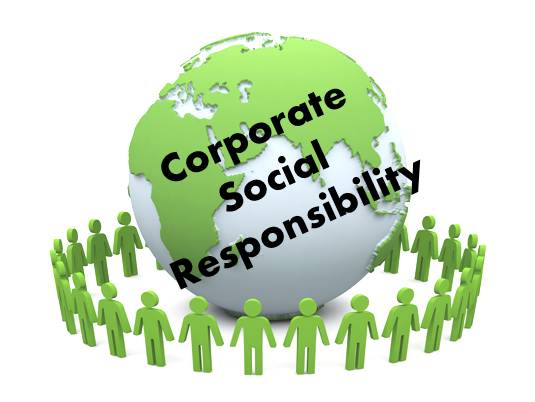 Once upon a time, all CSR spends were strictly voluntary in nature. But, India created history when it became the first country in the world to mandate a minimum CSR spending (2% of average profits of the past three years) for corporations above a specified size.

Fact was, that this law initially generated considerable debate like – the law is difficult to implement, hurts investor sentiments and so on. But it’s 2016 now, and the scene has evolved.

Here’s a reality check on how some corporates in the country are faring in this direction.

Roma Balwani, President, Group Communications, Brand, Sustainable Development & Stakeholder Engagement, Vedanta Group believes that the impact of the Companies Act (2013) has been far beyond just the 2% mandatory spending for CSR as mentioned in the fine print of the legislation. The law provides a strong framework around which companies are able to build their initiatives. As a result there is more dynamism and competitive spirit among companies to outperform in their CSR initiatives.

“It’s been a positive first step,” says Rama Iyer, Founder Director, WhiteKettle, without any doubt. We can debate over whether 2% is enough, and maybe we would have asked the same questions if it was 5%. But the point is that CSR is now a “boardroom discussion, and not one between a handful of passionate people over a coffee break”. And secondly, initial informal data predicts corporate India spending close to 11,000 crores towards CSR. That is the potential to make a huge difference, but now we have to see the actualisation of this potential, she discloses.

As for the magic number 2%, both have their views. Roma feels “the 2% allocation is relative. There are companies which spend much more. If the impact of the CSR initiative is meaningful, long-lasting and creates goodwill, then the amount is not relevant, it is the extent of collaboration and empathy which will bring in trust, ownership and belief.

Still, if you see the sheer extent of the need gap in the country, that 2% is not enough, insists Rama Iyer. The real question is do we expect corporate India to bridge this entire gap on its own? Let’s not forget that the government still spends over 80% of CSR needs; it will be interesting to see how effectively the money is spent if the corporates lend their expertise in developing more efficient modes of spending, she speculates.

As far as PwC is concerned, their position is clear. “We are in full compliance to the Companies Act in reference to the CSR policy of the government of India. Our Corporate Responsibility spend is consistently above the amount that is required to be spent by us,” says Jaivir Singh, Vice Chairman, PwC India Foundation.

For Apollo Tyres, the company’s spend on CSR is not limited to 2% of net profit, and is purely based on the projects being undertaken in that year, specifies Sunam Sarkar, President & Chief Business Officer, Apollo Tyres Ltd. “In the last financial year itself, we spent more than the mandated 2% on our CSR projects,” he points out.

“Our partnerships have evolved after following a multi step process of analyzing a unity in vision and purpose with an emphasis on goals laid down to achieve the common objectives in mutually discussed time frames. All our partnerships are subject to continuous monitoring and evaluation,” discloses Deepa Menon, VP, CSR and Corporate Communications, PVR Ltd.  Funding mechanisms for the foundation are in line with the Section 135 of the Companies Act 2013, wherein PVR Limited puts the 2% of the average net profits made during the 3 preceding years. It strictly follows the Schedule VII indicating the activities that can be undertaken by the company’s foundation. Additionally, the foundation raises partnerships/funding to collaborate on developing large scalable education programs on behavioural change and leadership development.

PVR Limited undertakes its CSR activities, approved by the CSR committee, through the PVR Nest Foundation. The surplus arising out of the CSR activities, projects or programs do not form part of the business profit of the company.

Whether the adoption of CSR policy (2%) is still in the early stages in the country, Roma Balwani makes it short and simple with an emphatic “Yes”. She feels we are still in the nascent stages of CSR in India. However, this is a remarkable way, the government is trying to create a connect with companies which do not have a mindset for social good, making them responsible citizens, accountable to the community and environment that they operate in. This was designed to benefit the poor and while the framework needs more work to ensure legitimate outcomes, the spirit in which this policy has been instituted should be commended. It also puts responsibility on the government and society to ensure that the activities have measurable outcomes.

A good template to follow would be the course of development in the sector across OECD countries, since most of them adhere to global benchmarking standards, she explains. However, India is a complex country and we need to adapt and be able to ensure that it just doesn’t become a “tick-box activity”.

It’s still very early days, says Rama. It’s still too soon, we’ve hardly had two fiscals since it’s been mandated — though initial figures show high levels of adoption. Studies show that majority of the top 100 corporates are likely to spend over 80% of their CSR kitty, and it’s the smaller ones who are likely to use the loophole the bill provides and explain reasons for non-compliance, she shares.

What qualifies as CSR?

According to Section 135 of the Government’s Corporate Social Responsibility Policy one-off events like marathons/awards/charitable contribution, ads/sponsorships of TV programs do not qualify as CSR. “We believe that any CSR initiative should be designed with a long-term vision to be able to achieve its objective of doing social good. One-off charitable contributions are contrary to this belief,” says Sarkar. Engaging in meaningful and long-term CSR commitments, ensuring stakeholder inclusiveness, brings in the “desired and positive social change with lasting impact”.

Regarding this, Singh was forthright: “I support this policy as private sectors need to have a sustained and measurable impact of their monies spent rather than ticking the box. At PwC India, we look at long-term projects usually ranging upto 3 years so that we can see the difference our projects have made in the region and in communities”.  There needs to be a robust system in place to make sure community engagements being sponsored by companies are sustainable in the long run, for development to happen in the real sense, he concludes.

A Combined Effort is the Need of the Hour

Why local is important in media relations?

Irresponsible CSR can damage your reputation