Corporate social responsibility; the term evokes, on the one hand, images of people receiving charity, and on the other, the balance sheet or cheque-book of the organisation or person giving it. Try a third image now—that of people supporting people, working together towards a shared future of prosperity.

Much has been documented about the need for organisations to step up in their role as corporate citizens and contribute to the development of the community they operate in. Much has also been said about CSR mandates and ‘compliance’. Not enough, however, has been said to how CSR contributes to the organisation—how it adds value to the organisation instead of taking away from it. Wherever this value has been recognised, CSR becomes part of the corporate strategy and not an after-thought.

There are many tangible and intangible ways in which CSR adds value to an organisation—and all of them are to do with engaging with one or more stakeholders of the company.

The most obvious one is the way ‘doing good’ reflects on the company’s image. In fact, a lot of times, people end up saying that CSR is only about image building, but we will come to that later. When a company is seen as doing good, it also comes across as being driven by values—conscientious, ethical and sensitive to the community it operates in. All of these add up to build trust, in customers, in employees, in the government, and in the overall ecosystem, for the company. That trust is precious, in good times, and especially in bad times.

Two examples come to mind—one of a corporate group and the other, a little offbeat. When you mention the term CSR, one of the first companies that comes to mind in India is the Tata Group. Their CSR initiatives span a wide breadth of issues and concerns across the country, and as a responsible corporate citizen, the Group has earned a lot of respect in the eyes of all its stakeholders, which holds them in good stead even when things are not going their way.

The other example is of actor Salman Khan. The legal troubles that he has been battling with could have been devastating to his career, but there were enough and more people standing up for him, extolling his virtues, chief of which is because of the work he does for the community through his non-profit Being Human. Even if this didn’t affect court decisions (which, of course, it shouldn’t), it did frame public opinion on him and has, if anything, given a leg up to his career. Brand Salman Khan continues to have its avid loyalists and advocates.

Individual philanthropy is growing in India. With rising incomes as well as rising awareness of social issues, people increasingly want to do their bit for the community. But while the wealthy may be taking the lead in it, employees of corporate organisations are not far behind. When their organisation gives them an opportunity to participate in social development, they get a higher sense of purpose and pride in the company they work for.

I see this first-hand in the employees in my organisation who volunteer their time for the Genesis Foundation. The passion they bring to the work that they do for the Foundation has not just brought them satisfaction, it has also won them and the organisation awards. When they work for the Foundation, they give it their all—commitment, ideas, hard work and more. The same energy is then reflected in their overall work. Even if the employee leaves, the connect built with the non-profit keeps him or her engaged with the organisation.

One of the less tangible repercussions of an organisation doing CSR is that it gets into a problem-solving and innovation-driven mode. Typically, organisations adopt a non-profit, which would usually be working on a very low budget with limited resources, or an issue that needs to be addressed. Coming up with the most effective solutions for these issues under resource constraint gives organisations an experience they can bring to their core business.

When CSR is truly integrated into the business model, it can really give a company a strategic and competitive edge in the market. On the other hand, when CSR programmes are implemented with a short-term view in mind, the organisation might actually face a negative impact from it. Often CSR initiatives are taken up because of the philanthropic leanings of a senior leader. They are then the pet project of that leader, who champions it and then moves to a different role. At other times, there are half-hearted overtures towards a topical ‘newsworthy’ issue, and once the buzz around it dies, so does the organisation’s commitment towards it. Whatever the reason, the cost of discontinuing is a high price to pay, both for the recipients of the benefit when the programme ceases, as well as the ill-will the company gets instead of the goodwill it hoped for because they abandoned it. Hence building self-sustaining models is critical for long-time impact.

Ultimately, CSR works, both for the beneficiaries and the organisation, when everyone is equally committed and has equal stakes in it. 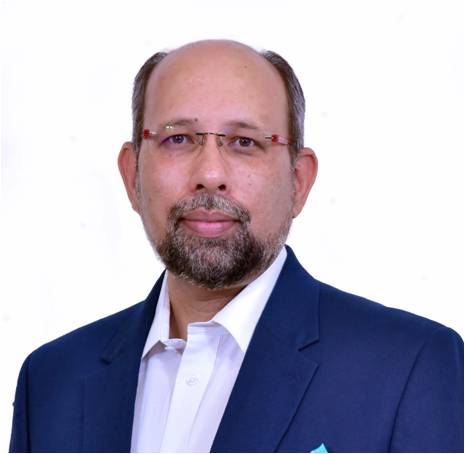 A trusted coaching and communications professional, Nikhil Dey is a certified life and leadership coach (International Coach Federation - ICF). Nurturing talent and helping clients achieve their goals is what makes him happy. He loves learning from students of communication, teaching courses and guest lecturing at various educational institutions. When he is not working you will find him on the tennis court or out for long walks with his family and four legged friends.

Previously he has held senior leadership positions at Weber Shandwick and Genesis BCW.