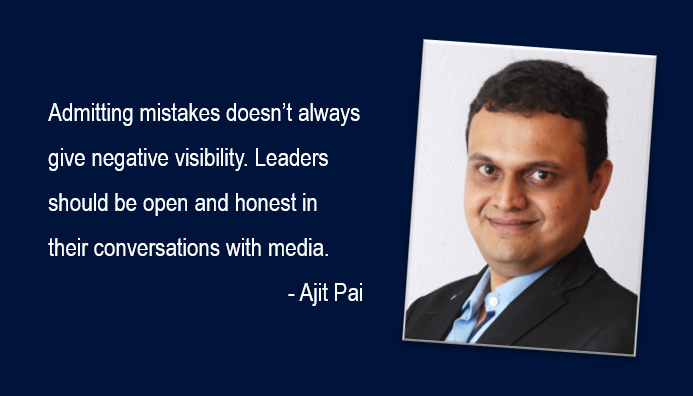 Bhaskar Bhat, Managing Director at Titan Company retires this week after a 34-year-long innings studded with milestones. As he leaves, Titan is well perched as the second most valuable Tata Group enterprise with market value topping Rs. One lakh crore, possibly the first non-tech, Bengaluru-headquartered company to cross that stock market threshold. 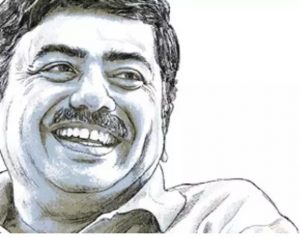 The numbers speak for themselves, though Bhaskar didn’t waste too much sleep over it. He took over as Titan CEO when the turnover of the corporate was Rs. 727 crore in 2003. As he prepares to hang his boots, Titan is shining at Rs. 19,960 crore revenue, riding on the exponential growth of Tanishq, its branded gold jewellery business. The company’s profits swelled from Rs. 13 crore nearly to Rs. 1388 crore.

More important, in my view, were his efforts in keeping the company and its brands relevant in changing times, when millennials as a consumer class became mainstream.

I’ve had the privilege to work with Bhaskar since 2011. I must confess to not having managed communications for any other leader this long. Watching Bhaskar, I learnt a few invaluable lessons in public relations. Having spent time with him at over 100 media interviews and at least 25 press meets, I am happy to share key observations and learnings with communication professionals whose KRA includes managing reputation for business leaders.

Many of these are simple practices, and hence easy to overlook.

Never be hungry for publicity

Bhaskar was never hungry for publicity. He would never open up papers next day and start chasing the teams for coverage and hits. He once told me that only after people start sending him WhatsApp images of the coverage he would know that a Titan story has appeared. He would encourage the second team in command to take charge and use PR for the company’s advantage.

Lesson: Help your leader understand the benefits of using multiple spokespersons in the public relations programme and not keep all cards to themselves.

In his interviews, he would subtly put down his messages. He had a disciplined approach in his interviews. Ahead of every interview, he would begin by setting the context, have a conversation before getting into the subject matter. Towards the end, he would wrap up the conversation with key insights and takeaways for the journalists. It eventually had a positive effect.

Lesson: Help your leaders to create a story, package it and then sell it.

When the going gets tough, the tough leads it from the front

Titan is a consumer company and the nature of the business is dynamic, evolving, competitive and crisis-led. There were several business decisions, incidents and instances that had impact on the business as well as reputation. Titan, under Bhaskar’s leadership took the initiative of using public relations to communicate to their investors, shareholders and partners. In this address, he would clearly define the problem, highlight the impact on the business and state solutions.

Lesson: Prepare your leaders not to panic in tough times, instead lead.

Titan is one of the most complex businesses in the Tata stable. With five consumer-facing divisions, over 40 brands, B2B businesses, it is never easy to put all the pieces in the puzzle at one go. Bhaskar knew the art to simplify the messages and equip them with instances and anecdotes. In his interviews, he would offer them from variety of topics – people, retail, fashion, marketing, business performance and then work on it.

Lesson: Train your leaders to keep the message simple and subtle. Allow them to invest that additional 15 minutes in interviews to explain the nature, structure of the business, each and every time.

Being available and accessible

Bhaskar was always kind and accessible to media fraternity. He would return the calls, answer the calls in between meetings and give time to journalists when they needed him the most. Many journalists who worked closely with Bhaskar told me that they will miss him.

Lesson: Tell your leaders to treat and engage with the journalists like you need them and not the other way round.

Bhaskar had a unique quality to create a jovial environment around the people he worked with. He could converse in various languages and come up with those witty one-liners that would put listeners in awe. In his last set of interviews, when a journalist asked what made him stick to Titan for so long, Bhaskar politely said, “I always preferred to be in the comfort zone throughout my career!”

Lesson: Cultivate your leaders to adopt fun in media engagements. A dash of humour can make a lot of difference in the way a leader is perceived to be.

Leveraging the relationships carefully and wisely

In his 16-year old career as a Managing Director, Bhaskar built a strong inner-circle with the media fraternity. The inner circle included editors from Bangalore, Chennai, Delhi, Mumbai and international media. He would reach out to them directly at times when the company required them the most.

Lesson: Create an inner circle for your leaders and train them to engage on their own.

To err is human, to admit it is divine

In contrast to many leaders, Bhaskar never shied away from admitting mistakes. Whether the decision to enter into a product category was too early or late, or Titan entered a wrong market at a wrong time, Bhaskar would share them openly with the media and consider them as learnings. He would also be open to get feedback from the journalists.

Lesson: Admitting mistakes doesn’t give negative visibility. So train them to be open and honest in their conversations.

Company first, I am last: Modesty is the best PR policy

Bhaskar never gave interviews which covered his life, hobbies and interests. He meant business when it came to public relations. I have staffed most of his farewell interviews since last two months and he clarifies repeatedly that ‘Titan and his team performed’, it is not about him.

Lesson: Recommend your leaders to always put the company first in the PR agenda. Narcissism can be a double-edged sword during tough times.

Listen to your communications team and PR consultancy

Last but not the least, Bhaskar always treated his PR consultancy like his extended communications team. It was a treat for us to be a part of media interactions and events. He took our perspectives and suggestions into consideration wherever required. He made it a point to spend some time with team members and would appreciate their efforts after an event.

Lesson: Insist your leaders to spend time with their PR consultancy at regular intervals so that they can strike a chord. 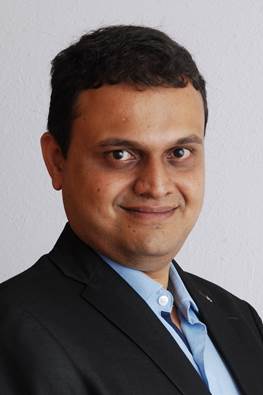 What do you have to learn from a brand consultancy? Only everything