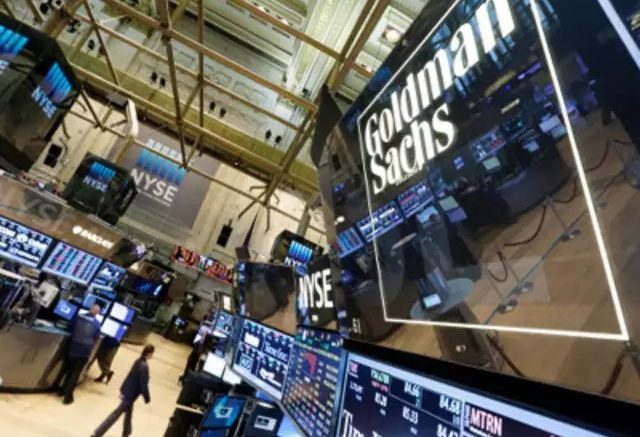 It was interesting to read last week that Wall Street investment bank Goldman Sachs had opened a $250 million facility in Bangalore aimed at serving its global customers and developing futuristic technologies.

What made it truly interesting for me were two things. One was the announcement that Goldman ‘s 1.2-million-square facility will house as many as 7,300 employees. The other was the memory of how they wanted to keep me out of the news conference that announced the company’s big entry into India 15 years ago, when I was working for Reuters and posted in Bangalore.

Goldman did not invite me for the announcement in 2004 as I was part of the international media. Those were the days when one by one, many global companies, especially in financial services, were steadily expanding their back-offices in India under the broader term “outsourcing,” triggering fears of layoffs and job losses in New York, London and elsewhere. Goldman was among those companies trying to contain staff discontent and/or trade union protests in their respective headquarters or key offices. They did not want folks like myself to report on new hiring plans in India because that might add to the discontent. This was understandable because Democratic Senator John Kerry, who was trying to run for US presidency (before Barack Obama triumphed), was then describing US firms outsouring high-tech work to centres like India as “traitors.”

I got tipped off accidentally by a local media colleague on the Goldman news conference. I usually don’t fancy going to places where I am not invited but I gatecrashed despite some murmurs and opposition involving Goldman’s then PR consultancy, IPAN (Indian Public Affairs Network, as it once used to be called). The news was of tremendous interest to Reuters as the financial services community was our key client base.

The Goldman incident brought forth a basic newsman’s maxim: You may cover some items out of courtesy, but you are not going to miss a story if they can help it because somebody didn’t extend you some.

Bangalore has since become Bengaluru and IPAN has now been renamed H+K Strategies India. But I am not sure PR folks have learned an important lesson: it is not fair practice or good PR to be selective on key announcements because you might spoil some media equations. If a company believes in transparency, that includes being uniformly transparent at least in the interest of long-term relations.

In the strange symbiosis between PR consultancies/individuals and reporters, equations involving organisations and individuals are important. If it is true that it is not the agency’s job to serve media first, PR professionals must live with the fact that journalists are not obliged to even take their calls. But we both know we have to live with each other. Too much distance is as bad as too much closeness. Smart reporters do not cross a line of rudeness with PR agencies if they can help it. Smart PR folks do exactly the same — and may I add, need to go that extra mile if they are what they claim to be: relationship experts!

UK’s respected Financial Times reported in 2017, when the $250-million facility was announced, that in 2004, Goldman did not “envisage anything like the scale and complexity” of the current operation that now has “sources of skills for the rest of the organisation.” Goldman’s work in Bangalore now covers artificial intelligence, machine learning and analytics, well beyond the “typical back-office” meant for information technology, finance and accounting in its beginnings in India.

Those of us who knew where technology was going had sensed all this then, but not many were listening. Last week, Goldman’s CEO David Solomon called the Bangalore facility as an “incubator of talent” for his company’s global operations. The average salary the investment bank pays in the city is estimated at nearly Rs 22 lakhs per annum.
Reuters did an architecture-oriented story on Goldman in 2012, noting that its project to expand the Bangalore facility, codenamed “Big Bang” inside the bank, will shift employees from four offices in Bangalore to a single campus by 2017.

Last week’s inauguration was its logical extension of the Big Bang. Singapore-based Business Times reported with a touch of naughty irony: “After supplying US President Donald Trump with a coterie of close advisers, the Wall Street firm is clearly rejecting his anti-global positions with an implicit commitment to expand overseas.”

In another story on globalisation I had written in 2004 to explain the emerging technology wave, I had quoted venture capitalist Abhay Havaldar as saying: “Companies don’t have passports.”
For me, last week’s news from Goldman is a vindication of the small news item I had put out after gatecrashing a press conference. This “I told you so” thing is a small perk a journalist enjoys occasionally.

Be the first to comment on "A Big Bang tip for Goldman Sachs: It is not advisable to be selective with the media"

The Dragon of Culture