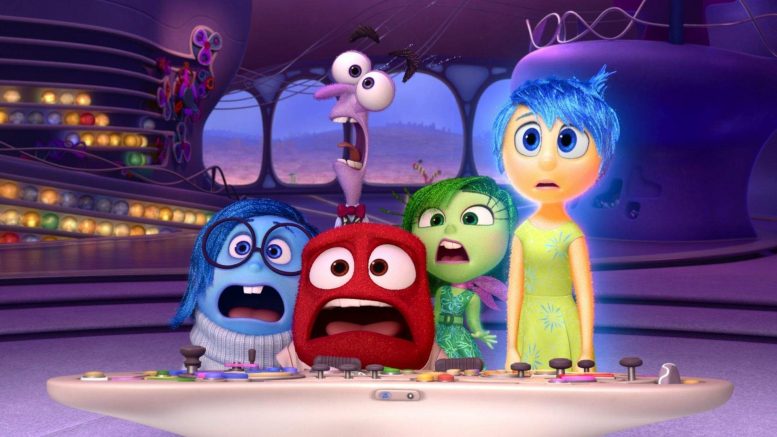 I recently watched a wonderful movie called, Inside Out, which is a Pixar Studios production released in 2015. It was a blockbuster hit both among kids and grown-ups. Inside Out is a story of an 11-year-old girl named Riley Andersen, whose family moves to San Francisco (SFO) from Minnesota as her father’s new job is in the city. The initial days in SFO are difficult for her – the house is small, the truck which was bringing their furniture gets delayed so they have to manage without it and Riley does not have any friends in the new school. Riley misses her old friends, ice hockey and her life in the mid-west. She is unable to adjust to the change and decides to run away to Minnesota.

Let’s call all that is happening in the movie with Riley and her family as the “Outside”. While all this is happening on the outside, there is a parallel story being played out inside her brain. Let’s call this “Inside”. On the inside, five cartoon characters Joy, Sadness, Anger, Fear and Disgust are shown controlling her actions from a place called the Headquarters. Instead of narrating the rest of the story and spoiling all the fun, let me share my takeaways from the movie.

Feelings are transient: All of us encounter feelings of despair and sadness several times in our lives.  At that moment in time we almost convince ourselves that it’s the end of the road and it won’t get any better, ever! Examples of such seemingly hopeless situations could be – when someone fails to clear the entrance exam for a prestigious management institute, when an intensely close relationship falls apart, when one is unable to land a job for several months after a sudden job loss, when a business in which one has put all their money fails, or when someone loses a near and dear one. And yet, after sometime one gets over that feeling even if the situation does not change. Triggers are usually different at different stages of one’s life – e.g., for a young child, moving to a new school or a new city can trigger such a feeling. However, one should not cling to any positive or negative feeling for too long and not take any drastic steps as situations definitely change.

Our personality is a sum total of various emotions: In the movie, Joy tries, unsuccessfully, to overpower other emotions thinking that she is the most beneficial feeling and hence the most important one for Riley. However, she has a eureka moment when she realises that human beings cannot be free of other emotions. In fact, other emotions are an equally important part of our self and every emotion has a role in shaping our personality.

We must ‘move on’: When Riley was younger, she had a loveable imaginary friend called Bing Bong, which is a mixture of a cat, an elephant, and a dolphin. He has a body made of sticky-sweet cotton candy. Despite being the most loveable character in the film and once a favourite of Riley, Bing Bong has been forgotten by her and is now wandering aimlessly in the long-term memory. He feels abandoned, lonely and useless. He longs for her attention and wants to be useful once again. Bing Bong is a reminder to all of us that things which seem most important today, may not be relevant after some time. With time, we change and the things we hold dear also change. The entire process of cleaning up of long-term memories and consigning them to a place where they fade away is beautifully portrayed in the movie. It is reminder of this truth that we must move on.

There is no free will: The last lesson and perhaps the most important takeaway from Inside Out is that there is no free will. We are all being controlled by the external stimuli that we encounter every day. In the movie, Riley is being controlled by the five emotions, without her being aware of it. However, she is not the only one! The emotions themselves are influenced by the happenings, which are outside Riley’s brain and also by what’s happening inside. There is no one who is acting of their free will.

Bing Bong is my favorite character from Inside Out. Let me close the article by quoting his last words before he fades away. Feeling useful once again by successfully helping Joy, he yells ecstatically, “Go save Riley! Take her to the moon for me.”

I hope I have been able to weave enough intrigue for you to go and watch the movie!