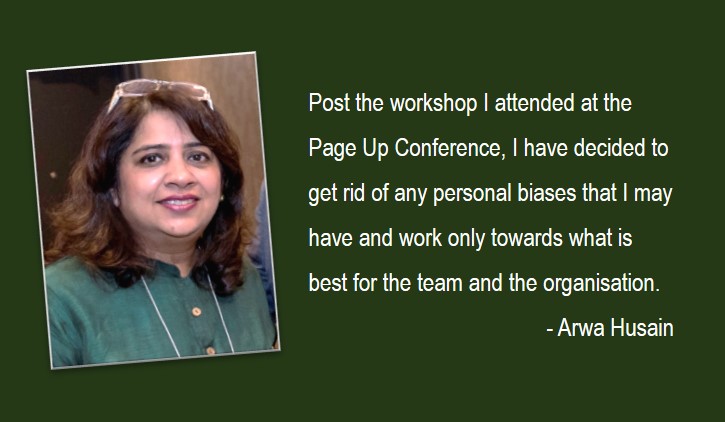 It was indeed a privilege and honour that I had the opportunity to attend this year’s Page Up Annual Conference in Chicago in mid-October. I am sure the readers of Reputation Today are quite familiar with Page Up, but just in case some of you aren’t, here’s a brief description.

Page Up is a membership organisation for high-potential, senior communications leaders in the Arthur W Page Society members’ teams. Founded in 2013, Page Up consists of more than 200 members globally.

This year, the theme of the Page Up conference was A Swiftly Tilting Planet: Aligning People, Policy and Practice.

Let me now share a few learnings from the many sessions I attended along with my colleague, Vikram Kharvi, at the two-day event. The 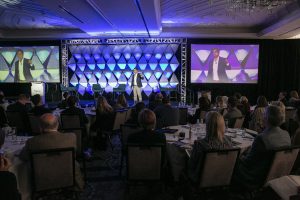 Aaron Chatterji speaking at the Page Up Annual Conference

session, I found most interesting, was titled, ‘The Promise and Peril of CEO Activism’. It looked at how corporate leaders are increasingly speaking out on divisive political and social issues – from immigration to racism and LGBT rights. The speaker, Aaron Chatterji, Professor, Dukes University and a regular contributor to the Harvard Business Review, shared with us why CEO activism was on the rise and what it meant for business and society.

Being from India, I personally knew for sure that very few corporates take a definite view on societal and political issues. While there are a handful celebrities and some CEOs who are not afraid to speak their minds, most of the other CEOs share their views in small-talk conversations.

In this context, Mr Chatterji explained why an organisation and its CEO should have a view.

To start with, the millennials expect CEOs to respond, especially if they are prime customers of the brand. Second, company board members seek more details from the CEO in order to have a complete understanding on an issue before taking any decision. Third, employees feel passionate when the firm that they work for has a well-articulated purpose. Fourth, activism pushes two buttons – for the issue and the brand. Thus, it is important that the CEO has a specific response to an issue. For example, when Apple’s Tim Cook declared his support for the LGBT community, an online survey showed that even those who didn’t agree with him on the issue weren’t averse to buying an Apple product.

Mr Chatterji said there are so many 50:50 issues around the world. But not having a view is the worst advice that any communicator can give to its CEO.

The second session that I truly enjoyed was: Unconscious Bias workshop. The premise of this workshop was – For years it has been clear that people make decisions everyday that impact some groups more negatively than others. These decisions range from hiring to purchasing, and from promotions to job assignments. The traditional view of these patterns of discriminatory behaviour in organisations is that these actions are conscious.

However, recent cognitive science research points us to a new conclusion: Most of these decisions were not made by bad people with bad attitudes, but rather by well-intended people who had no idea about the unconscious processes that they used to make decisions about people who are different from them.

In this workshop, moderated by Allison Manswell, a seasoned human resources and talent management professional, I learnt that everyone has an unconscious bias. It is the inclination to judge without questions, without awareness, intention or control. So my suggestion to my fellow professionals:

Be aware of the unconscious and resist in forming these biases as these affect productivity and performance.

I will share my own example here. I don’t hire people who cannot form grammatically-correct English sentences while speaking. After attending the workshop, I realised that I was probably judging them on only one set of skills and ignoring other aspects that could be beneficial for the team and the organisation.

Post-Chicago, I have decided to get rid of many such biases. But this, I realise, will take a firm resolve and some real strong effort on my part. For, old habits – especially unconscious biases – die hard! 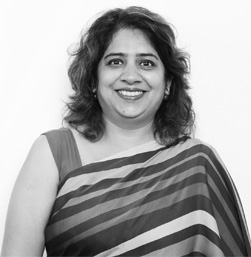 Director at Adfactors PR
A former banking journalist and analyst, Arwa has over two decades of experience in public relations and communications.
SHARE TWEET PIN SHARE

Be the first to comment on "Aligning People, Policy and Practice – Notes from Page Up Annual Conference"

Is Insta-visibility marketing the new way forward for a brand?