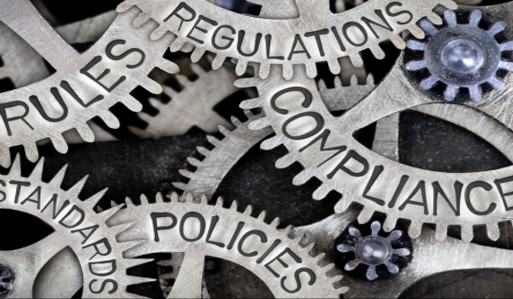 Last week, I wrote about how Prime Minister Narendra Modi is a master in political communication. This week, I want to point to another trick communicators use — something that invites criticism. This is called breaking the rule without breaking it. I call it the 26/11 style of communication strategy. While India was alert in the skies and highways to check infiltration from Pakistan, the attackers who targeted Mumbai in 2008 came by sea in small boats and staged a nightmare attack on India.

I was reminded of this when the opposition parties were tying themselves into knots to find out who owns NaMo TV — a television channel that had no clearance from the Ministry of Information and Broadcasting as is required for news channels. While the channel ran 24/7 stuff on the BJP leader amid general elections, there was the attendant question of what it means for the Election Commission’s model code of conduct.

Meanwhile, the Bollywood biopic on Modi starring Vivek Oberoi appears set for a theatrical release amid a controversy. Both NaMo TV and the biopic cleverly circumvent some regulations. A biopic is a fact-based fiction and therefore cannot be policed by, say, the Press Council of India. The Supreme Court has refused an urgent hearing on a plea that seeks a stay on its release, and the Central Board of Film Certification is yet to clear it as far as one knows. But its producer says it will be released on April 11 — the day the world’s biggest democracy starts voting!

And the I&B Ministry now says NaMo TV was launched by direct-to-home (DTH) broadcasters as an advertising platform and does not require government approval.

Look at this! You can’t regulate fiction though you can regulate news. You can’t regulate advertising platforms while you can police news channels! Are we not living in a strange land where, like a surprise sea attack, communication channels can get political without touching the usual rules that govern politics and public life?

Innovators would call it disruption, but the big question is whether the disruption is desirable and under acceptable norms of professional conduct. There ought to be a level-playing field. In political communication, disruptive innovation can backfire or can cause bitterness, possibly resulting in some of kind of retaliation later.

The BJP and its IT cell have controversially used everything from mobile apps to WhatsApp memes to NaMo TV and the Modi biopic to break the conventional means of political communication while keeping an upper hand in conventional promotions as well. Be it in posters, speeches or TV and radio commercials, BJP is leaving nothing untouched. “Prachar” is a favourite word in BJP circles, after all.

The deeper issue is of how the government/state should or should not regulate news and political communication. I am pretty certain the NaMo TV and the Modi biopic raise hard questions

The Election Commission recently banned the release of party manifestoes 48 hours prior to polling in any area during the upcoming general elections. It was also contemplating restrictions on social media to enforce the traditional ban on campaigning in the 48 hours before polling.

The original 48-hour restriction goes back to the days when megaphones and public meetings were the main media of communication and the intention was to give voters two days of quietness to decide without being unduly influenced by last-minute noise. It is nearly impossible to enforce such rules on social media, as forwarded messages can circumvent the rules — just like in the old days, party activists would offer lifts to voters and give voter slips with party symbols on them!

What we need is a thorough overhaul of the rules of engagement in which media associations (not just owners of broadcast companies but also professional journalist bodies), advertising regulators and others need to be consulted. The I & B Ministry and the Election Commission need to wake up. A model code of conduct may be necessary for media entities as well, but I don’t fancy the ministry telling journalists how to behave. Unless the honourable politicians allow journalists a reciprocal privilege.

1 Comment on "BJP sets the cat among pigeons with NaMo TV and Modi biopic, opens a can of worms on media regulation"

The real winner is one who creates champion of champions