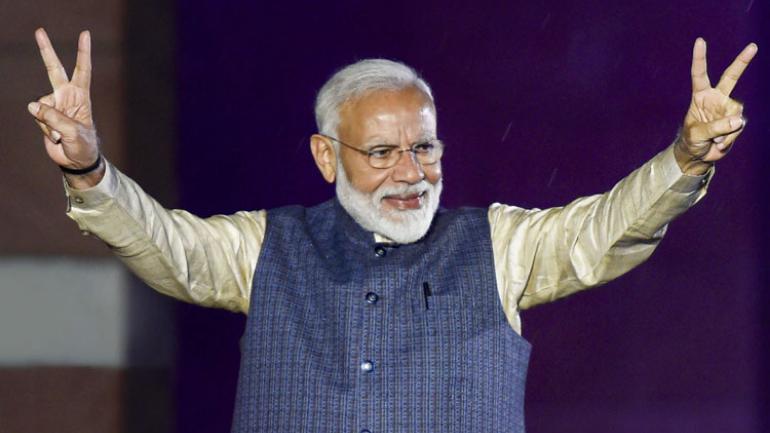 The landslide victory of Prime Minister Narendra Modi and his Bharatiya Janata Party in general elections this year is a matter of great interest to both journalists and marketers. For many journalists, including myself, the scale of the victory was way beyond expectations. Of course, not having covered the polls from the ground, I had no data beyond what was available from news reports, and given that opinion polls were restricted ahead of the elections and given that exit polls have gone wrong in the past, there was no way of telling easily. But there are some, such as Firstpost editor B.V. Rao, who believe otherwise. He has argued forcefully in an article that the landslide of 300+ seats for the BJP was staring us in the face. For the record, he told me two weeks before the elections ended that the number was coming. The data and the explanation he supplies for how some in the media missed the wood for the trees are compelling.

I would like to think the time has certainly come for journalists to go beyond a vox-pop approach to covering elections. Publication of opinion polls is banned during the election period, but perhaps something akin to a proper quantitative survey may be in order to help the narrative while smartly circumventing election commission rules. Better still, I think secondary questions help in assessing the voter mood rather than in-your-face questions. So, instead of asking “Who will you vote for?” or “Who is winning?” perhaps the questions asked should be on the lines of : “What are people saying about the scheme for affordable housing? Are there people here who have benefited?”

As it turns out, Brand Modi was not based on the conventional marketing idea of a USP (unique selling proposition). In the case of Modi, it turns out to be MSP — not minimum support price for farmers but Multiple Selling Propositions. From national security to cooking gas for semi-urban women Brand Modi seemed to be an “aggregator brand” (much like an ITC or Hindustan Unilever). It was accompanied by an outreach that covered everything from a grassroots campaign by rural workers to organised digital and social media teams in urban centres.

BJP president Amit Shah said last year that the party planned to reach out to 22 crore beneficiaries who had gained from any one of the development programmes undertaken by the Modi government over the past 5 years. In the final analysis that turned out to be 24.8 crore people through 18 crore beneficiaries who were contacted. This is a case of customer relationship management (CRM) — common in business but rare in politics. That should make for a fine a case study in political marketing.

But I do not rule out the impact of what I call the “pivoting” — to borrow a term from the Silicon Valley in which startups change direction or strategy to profit from a situation.

Did you know that YouTube was an online dating service and Instagram had gaming elements in its early days before they pivoted to be where they are?

Keeping in mind the fact that the BJP lost crucial assembly elections in Madhya Pradesh, Rajasthan and Chhatisgarh only a few months earlier, I would attribute the turnaround in Modi’s electoral fortunes to his pivoting towards national security. Although analysts like Rao say Modi’s attempt to make political capital out of the Balakot air strikes after the Pulwama attack on Indian jawans in Kashmir was only incidental, the bounceback in a matter of weeks in places where the BJP had lost earlier suggests that his adaptive strategy (albeit controversial for its use of army symbols) worked well. However, it rested on the BJP’s systematically cultivating a pro-army image over several years.

From “Modi Hai Toh Mumkin Hai” (If Modi Is There, It is Possible), the loud slogan turned to “Main Bhi Chowkidar” (I Am Also The Watchman) in which BJP cadres worked to turn the tables on Congress president Rahul Gandhi’s “Chowkidar Chor Hai” (The Watchman Is A Thief) call linked to alleged corruption in the Rafale deal.

A less known factor for the success may be that of “credibility” in Brand Modi. Credibility is not dependent on outcomes (such as targets achieved) but can be seen as an add-on where a company/person/brand tries to visibly do something that suggests earnest effort. Though measures such as demonetisation of high-value rupee notes did not succeed, it might have rubbed off positively on Brand Modi at thee margins to suggest ‘Here is a man who is trying hard and deserves another chance.’

Last but not least, everything in the Modi campaign had visuals, videos and symbols that made visible impact — including the final image of the elections in which Modi was photographed meditating in a Himalayan cave. In the world of brand building, images continue to be of immense significance.

Your company is doing a social deed? Position it subtly …