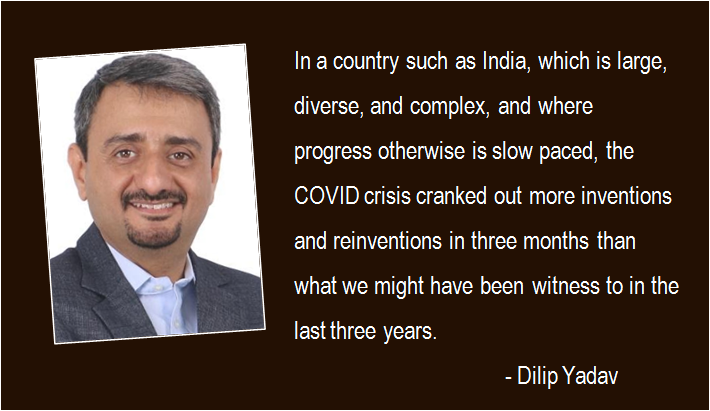 Okakura Kazuko, the great Japanese philosopher and scholar who saw change and tradition as two intertwined strands of a single continuity wrote in his redoubtable Book of Tea, “the art of life lies in a constant readjustment to our surroundings.” The spectre of COVID-19 has ensured that life and work as we know it have undergone a clear and perceptible shift. For me, this crisis will be remembered for the two major surprises it threw up, and for one powerful conclusion. First, it rendered all prescriptive playbooks, whether in medicine or business management, ineffective. Second, it proved that leadership is not about a show of strength, it is really all about communicating humanly. The one conclusion – nothing matters more than life itself and leaders who understand this have the best chance to thrive.

In a country such as India, which is large, diverse, and complex, and where progress otherwise is slow paced, the COVID crisis cranked out more inventions and reinventions in three months than what we might have been witness to in the last three years. While this list is a long one, to my mind there are five key takeaways which deserve a recount here.

Firstly, it is the effectiveness of leadership that emerged as a top learning. We saw a legion of leaders across the spectrum taking up positions ranging from being combative to being crisis response ready. In the end the ones who prevailed were the authentic, humane leaders who responded most appropriately to the rearing challenge of these times. Leaders who moved swiftly forward in the larger societal interest without losing sight of their business’s resilience stood tallest. In a country with 150 million daily wage earners and 9 million migrant workers, the biggest challenge during lockdowns was the threat of hunger induced deaths and not the virus. India’s corporates were quick to contribute generously to the PM Cares fund, a move which triggered several local and global organisations to follow suit. The result – a staggering 1.3 billion USD war chest in just six weeks. Also, personal initiatives by societal and business leaders saw several mass kitchens and dry-food distribution campaigns come up to help the needy. Lives and livelihoods were the clear winners here.

Secondly, a key takeaway from the crisis is the communication re-adjustments that took centre stage. For leaders locked up at homes, communication became the first currency and digital became its form and medium. India had been among the few countries where print media had managed to hold its ground. This however changed, perhaps, forever. Many national print titles either shut down or drastically reduced their print editions and resorted to growing their digital avatars. It was an interesting change to see erstwhile pure-print titles going overboard with a profusion of video-stories across their digital editions. As revenues of media houses fell, online viewership and subscriptions saw record growth. Unfortunately, the business models of big media titles relying on advertising revenues instead of subscription failed. For leaders, this metamorphosis of media translated to a need for communicating more and across multiple platforms and in audio-visual format. Small wonder then, that amateur, sandwich videos, shot on hand-held mobile phones soon became the new favourite among both new-age and more traditionally minded business leaders. This proliferation of media also meant the emergence of the 10X10X10 principle – since people retain only 10 percent of what is said, it has to be said 10 times, and in 10 different ways. Our leaders have been busy communicating like never before, both internally and externally, and the show goes on uninterrupted.

Thirdly, what emerged in the wake of the COVID crisis was the acid test of leadership in spotting opportunities in adversity. We had leaders who were busy making deals and transforming their business models, all whilst the pandemic was raging. India’s richest businessman Mukesh Ambani struck a record 11 investment deals worth over 15 billion USD for its telecom platform Jio, the largest one being with Facebook. Tata Consultancy Services, India’s largest IT services firm, announced it would let 75 percent of its employees’ work-from-home even after the COVID crisis ends. Still others used the crisis period to take bold decisions, shed organisational weight, and to make way for new growth avenues.

Fourthly, a key learning that emerges is that resilience arises from a mindset that is willing to take on complexity. India’s unique socio-cultural, politico-economic, and geo-developmental diverse structure meant business continuity was like a step dance. However, India’s disconnected mini-economic and small self-servicing eco-systems provided safe heavens albeit in pockets. This was in contrast to those uniformly interconnected, single-unit, infection-prone, super-economies where everything came to a standstill altogether at once. India’s rural economy, insulated from urban mainstream disruptions, offered continuity, and eventually, survival for players who could keep factories in remote locations running all through the pandemic. It was evident that B2B organisations, heavy industries, and those providing core services were more resilient as compared to their otherwise nimbler and more visible B2C cousins during this time.

Fifthly, one cannot but witness the newly re-discovered spirit of patriotism amongst Indians. With Aatmnirbhar Bharat or self-reliance the rallying clarion call from Prime Minister Modi, every Indian and Indian businessman is rushing to join the ‘country first’ bandwagon. In the near future, patriotism as a dominant theme will surely hold sway and India will be seen embracing local from global in a major way. Global leaders who demonstrate intent to partner India’s tryst for this self-reliance will surely have an edge.

The good thing about the COVID forced transformation, particularly in a complex economy such as India, has been that the pandemic brought out the best in people and organisations. Put it down to a strong instinct for survival or a fundamental urge to endure, the Indian business environment with its many twists and turns, is quite firmly in the saddle for whatever that comes next. 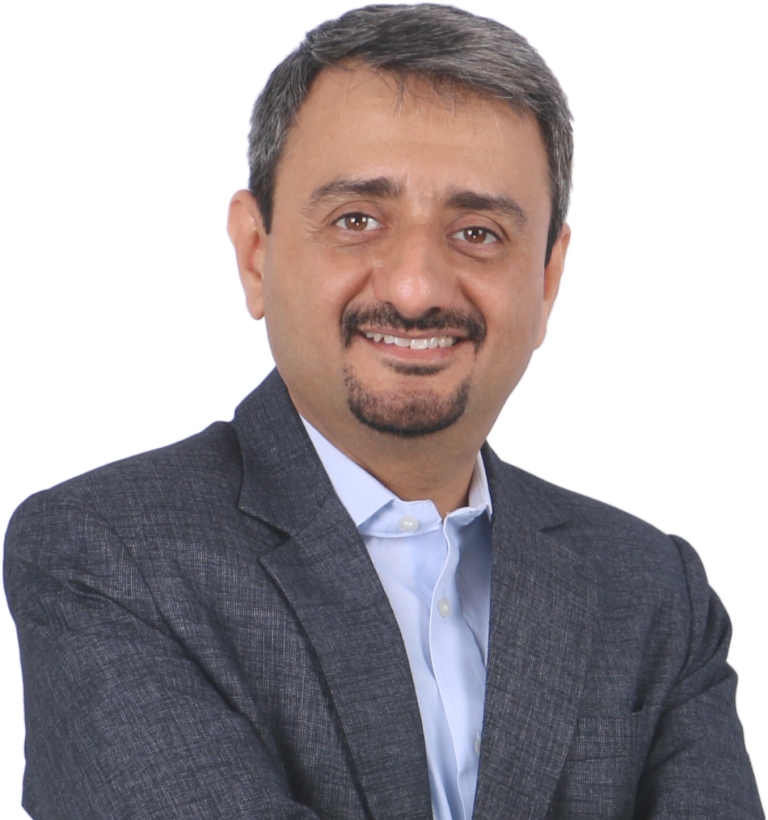 Founding Partner at First Partners
A business leader specializing in converting market insights into tangible business outcomes through strategic communications, Dilip has a business experience of over 23 years.

Dilip is a certified media and crisis management trainer. Having worked with major companies in averting threats, his crisis-management experience spans the fields of Consumer, FMCG, Pharmaceuticals, and Industrial.
SHARE TWEET PIN SHARE

Be the first to comment on "Carpe Diem: True leadership shines through the darkest nights"