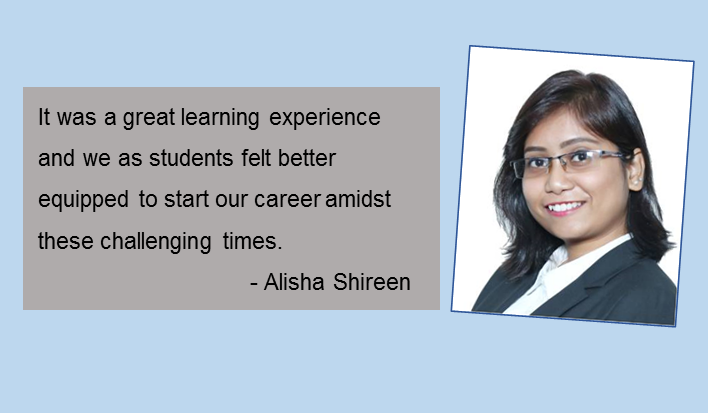 On June 5th, 2020, batch of 2020 of School of Communications and Reputation, got to attend their first commencement session by Ashish Mishra, Editor-in-chief at The Morning Context, a digital media company, and co-founder of The Ken, a news portal.

Ashish Mishra began the session with a humble introduction. He has been a journalist for 15 years; he began his career working at The Economic Times as trainee reporter and his first article was on Tattoo Bar at Bandra; the idea of the story as he explains, was to look at different kind of tattoos young men and women were getting for themselves. But over the years, Ashish Mishra narrates, he had to cover more complex stories, from absolutely mundane news like supply chain and logistics to who’s the competitor of Anil Ambani. Having done that for two years, he moved to start Forbes magazine in India, which was being done by Network 18 group. “Forbes was a fabulous stint, I wrote a lot on automobiles and almost everything under the sun,” said Ashish Mishra. Working with Forbes lasted for five and half years for Ashish Mishra.

Ashish Mishra then moved to The Mint, where his primary job was to write long stories. By the term ‘long’ he explained that there was a time when The Mint tried a lot of feature writing, but due course the pattern of writing long stories or features didn’t shine. After two years he joined the set of colleagues to co-found The Ken, an online news portal. Ashish Mishra describes those years to be “it was one of the most challenging aspects of actually getting into the transtats of building a digital presence yourself.” And now Ashish Mishra writes at The Morning Context, whom he defines as, “it’s a company that is structured around the idea that you write fewer number of stories and you give maximum value to the in-depth. So, you do less of commodity stuff and more of things that genuinely add more value to the reader’s time and knowledge.”

Ashish Mishra then moved on to say about the change that journalists have lived through, while working from home. When a journalist works from home; s/he speaks to people on phone and do not meet many people. Being a journalist, he shared, that the unpredictability and the events of the news that is being shaped is almost impossible to figure out. He said, “What we do as journalists and what you do as professionals, we will sort of thrive in the chaos together. But fundamentally we have to seek answers to so many of the difficult problems before us.”

He explained the current situation of journalists, amidst lockdown and a drop in traditional media. Ashish Mishra said, “The challenges of paywalls and digital journalism are just about coming onto the mainstream, where both readers and companies are grappling with that.”

He said anybody can be a journalist today, who has good amount of information and understanding of how and why things are happening and if they can explain them well. “Press conferences have disappeared, we live in a country where Prime Minister haven’t had a press conference for a very long time,” said Ashish. He further added that people have taken for granted that maybe that is how communication is to be done in the country.

“Reputation management is going to be complex and challenging, but of course fruitful in a new world, because everyone has a huge voice and millions of followers and their amplification in social media is gearing to us,” said Ashish Mishra. He empowered the students, narrating to them the kind of jobs they will do, beginning their career amidst challenging times.

To a question that was asked about Indian users paying for subscription for a particular news portal, Ashish Mishra replied that people tend to read right kind of stories that add value to people’s information. People will pay money to get that perspective, not only in India but in abroad as well.

There were series of interesting questions that Ashish Mishra answered for the students of SCoRe, and students had an insightful commencement session and great learning with him.

It was a great learning experience and we as students felt better equipped to start our career amidst these challenging times. 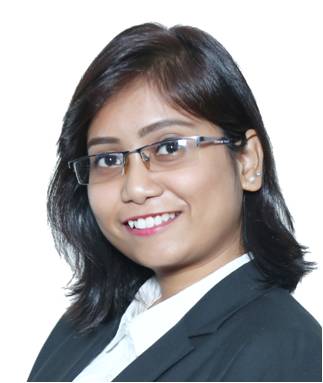 "Alisha Shireen is a part of Class of 2020 of PG Programme in PR and Corporate Communications at SCoRe, Mumbai. She completed her winter internship with SPAG Asia, Mumbai.
She did her schooling from Auxilium Convent School, Bandel, which is 52.3 km from Kolkata. She did her graduation from Patna Women’s College in Mass Communications. She was a freelancer for The Times of India, Patna Times for a year (2018-2019), and wrote advertorials and event coverage for the English daily"
SHARE TWEET PIN SHARE

Be the first to comment on "Commencement Address 1: Ashish Mishra"

In Conversation with Rick Murray