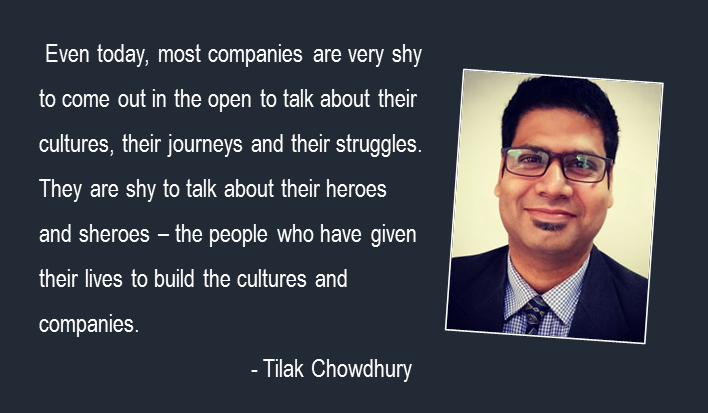 Corporate marketing and employer branding are two of the most important topics in the corporate world today. Board rooms are abuzz with thoughts and ideas on how to be on top of the mind for the right reasons. Social media is full of corporates trying to outperform each other with stories of their good deeds. But, it is not something new! We have seen organisations marketing themselves from the time men came out of caves and started agriculture. The kings and holy men heavily relied on it. History and mythology are filled with references where people have tried to convince someone to join them.

If we recall Mahabharata, Arjun and Duryodhana both went to Lord Krishna for help. Arjun sat at the feet of the Lord so he could be seen first when the Lord woke up from slumber and it helped him get the first chance to choose. And his choice changed the course of the War. Emperor Ashoka helped spread the word of Lord Buddha to the world by sending his men travel far away countries to spread the goodness of Buddha. The Church has used the services of the missionaries to spread faith. To spread the word of Jesus to the world. The holy books –Bible, Quran and the structures like Churches, Temples, Mosques have created a world for the followers to belong to something bigger than themselves. To be part of a movement, a movement that had the power to show them light in the darkest of times. To be part of something noble, something that will remain long after we are all gone.  In recent times, the manifestoes of ideologies like the communism have attempted persuading people to follow a way of life that helped them become a better world.

So what can we learn from these examples mentioned above?

Jesus or Buddha. Jobs or Gates. Narayana Murthy or Ratan Tata. Everyone loves a good leader. The leaders help spread the goodness of the organisations they represent and vice versa. Sometimes it reaches a point where the person and the organisation become one. Can we separate Virgin from Richard Branson? or Jeff Bezos from Amazon? or Jack Ma from Alibaba? or Tesla from Elon Musk? These companies have become iconic and their leaders have become icons. Now whether the person has added to the brand or the brand to the person is like debating chicken first or egg.  So it is highly imperative that the leaders of the companies are seen leading their companies and are seen having a different take on how to run their companies and how they behave as corporate citizens. It is sure to have a rub on the brand and therefore help in promoting the personality and the brand both.

Potential employees should be like what fans are to the celebrities. Both need each other. One to feel like famous. And one to be liked by the famous. It can only happen when your future ‘fans’ get to know you better! A lot of companies use the biographies and autobiographies to share the cultures of their companies. Companies like Facebook have used the medium of cinema to promote themselves. Biopic like Bohemian Rhapsody talk about the struggles and triumphs of bands like Queen. But what we find is that even today, most companies are not very visible or are very shy to come out in the open to talk about their cultures, their journeys and their struggles. They are shy to talk about their heroes and sheroes – the people who have given their lives to build the cultures and companies.  There are so many good causes that the companies directly or indirectly support. How do we promote these case studies for the greater world to see? How do we get the leaders of companies to mentor the next generation and reach out to a larger student population? How can the companies influence future corporate leaders in a structured and consistent manner?

Word travels far and wide through stories. If we are to believe the writings of Yuval Noah Harari, the famous writer of the books Sapiens and Homo Deus – we humans are the most powerful creatures on this planet because of our ability to create and narrate stories. Emperor Ashoka helped tell stories of Buddhism to the world. The Church has narrated the stories of Jesus to the world. The Hindu Mythologies of Geeta, Mahabharata and Ramayana have told us the greatness of Lord Rama and Lord Krishna.

Today, in the age of social media, where each and every one of us is a storyteller and film-maker, how do we leverage the art of corporate story telling? How do we ensure that all our employees – present and past – are telling positive stories about us. How do we get our customers tell positive experiences over a cup of tea and over emails to their peers? How do we get every gossip at conferences become a story to spread our good word? How can we make golf games spread the word of our fame?

Bill Gates will be remembered for his pioneering work for Microsoft, as he revolutionised the world of computers. There will be another reason why he will be remembered forever – for his unstinted support towards irradiation of fatal diseases in Africa and Asia through the Bill and Melinda Gates Foundation. Warren Buffet will be famous in the financial circles however; he will be revered by millions who do not understand a word of finance, as the man who joined hands with Bill Gates and convinced other billionaires to pledge a part of their fortunes towards the greater good of humanity.

One may say that it is too farfetched that people may join you and choose to work with you just because you are a good corporate citizen. Well they may be right! However, as the world is getting more advanced through technology, every human is more empowered to choose and more and more employees are realising that work is not just for money. Work is to align themselves with something much bigger than themselves. Something that will last longer than them and be remembered for their roles in their small way in making change –  a positive change, that seemed incredible or impossible at the given time. So, it is the time carry the heart with us and not just rely on our minds. It is the heart that makes us make so many decisions, and even makes us choose the companies we wish you work for and stand by. It is the time to create a new manisfesto – Corporatism. And, someday, we might find that it is probably second only to religion in its reach. Let’s toast to that thought! 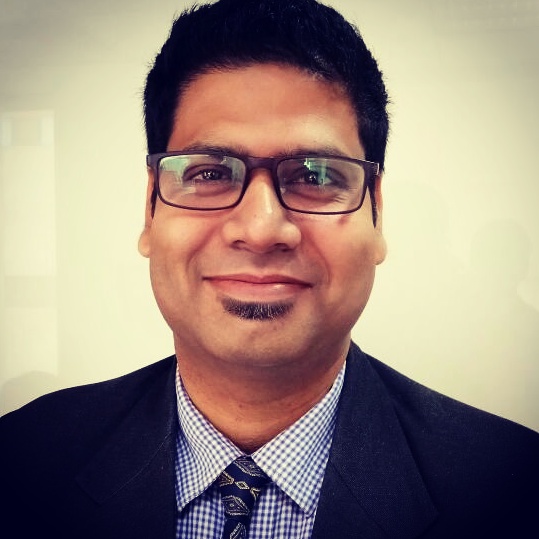 DGM - Corporate Communication at Egis-India
Tilak Chowdhury, manages the communication and CSR of the India Region for the Engineering & Project Management Company Egis.

Egis is working on some very prestigious projects in the country which include eight metros projects, three airports, two smart cities, one port, many urban projects like Chattrapati Shivaji Memorial in Mumbai.

He has more than 15 years of experience of working with large multinational companies in advertising, journalism, public relations, exhibitions, internal communications and branding. He has been associated with brands like Jubilant Life Sciences, Ambuja Cement, Kinetic, Mahindra in the past.

Be the first to comment on "Corporate marketing & employer branding: the lessons we can learn from mythologies, politics and religion"

The new commonplace, for a better planet!