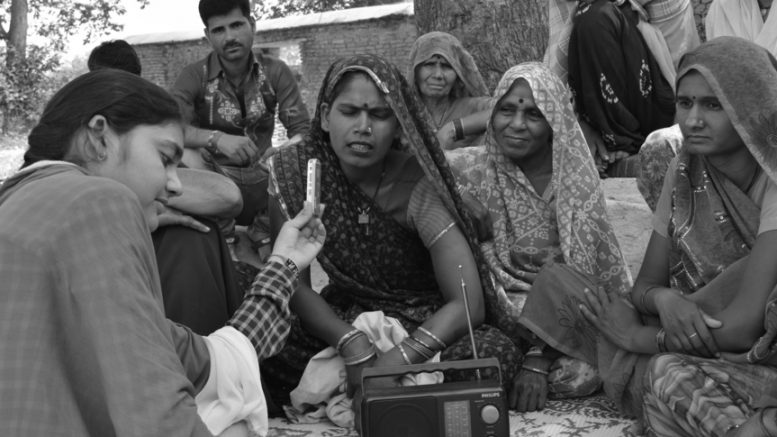 I don’t fancy working on Sundays but this week was special. As a jury member of journalism awards instituted by the alumni association of the Indian Insitute of Mass Communication (though I am not an alumnus), I got to see and read some stories that often get missed in the rush of big-time political and economic stories that take so much of our attention.

More important, I learned that Hindi and regional language TV channels that we often (rightly) deride for their sensationalism and vain anchors have a flip side: some reporters do great work from remote areas and focus on grassroots issues that concern common people. To some extent, the same sensationalist style that I dislike on leading political stories works better with issues that concern poor people and on issues such as environmental degradation. So, my simple takeaway advice is,

Look beyond the anchors. Appreciate and admire ground reporters!

As a jury member marking stories concerning developmental and environmental issues, I suddenly realised (much to my joy) that there are young, hardworking journalists out there focusing on stuff that could do with more attention. I got to go through stories on the plight of rural Anganwadi workers, desalination of sea water to make it potable and how fluoride poisoning damages the health of villagers. I would like more people (including myself) to spend more time appreciating good work rather than offer well-deserved criticism at fake news, bias and sensationalism. We have to figure a way out. Awards for development journalism are a good starting point to recognise largely unsung journalists.

Also, I realise there is now a rush of “indie” journalism away from big-name broadcasters and publishers on the lines of independent film-making that deserves more support from investors, consumers, citizens and philanthropists. We have only just begun scratching the surface of what journalism can be in the digital age. I came across journalists not attached to any publication or channel trawling the countryside to air news and views in heartfelt styles to highlight old problems that have not gone away and new issues that demand attention.

There are niche websites and YouTube channels now dedicated to issues like sustainability, rural areas and the plight of farmers. I hope to research more on them in the coming days in the expectation that the best go further and gain better reach.

As I chewed over all that news arrived that the free market is killing digital journalism in the West. The Guardian reported that in the US and UK, about 2,100 media jobs in sites led by BuzzFeed have been lost in the space of two weeks. Among those on layoff sprees are fancy sites including Vice, and Verizon (the owner of Huffington Post and Yahoo). It blended perfectly well with a hotshot woman founder of a journalism startup being hounded in India’s own la-di-da Web series on Amazon Prime, ‘Four More Shots Please’ that I got to watch.

Where does that leave all of us who believe in indie journalism?

I am not going to miss cat-video sites like BuzzFeed buzzing off. I truly believe digital technology is a great leveller and India should be teaching a thing or two to Westerners, and reverse the hand-me-down culture in journalism. As the world’s fastest-growing major economy, India has perhaps more opportunities than obstacles ahead. If we only innovate and push harder like some of the reporters whose work I just got to see.

It is time to raise a hat to great journalism happening out there in India’s hinterland and then pass it around so that more people contribute more funds to encourage such ventures.

1 Comment on "Digital journalism wanes in the West but ‘indie’ journalism is hot in India!"