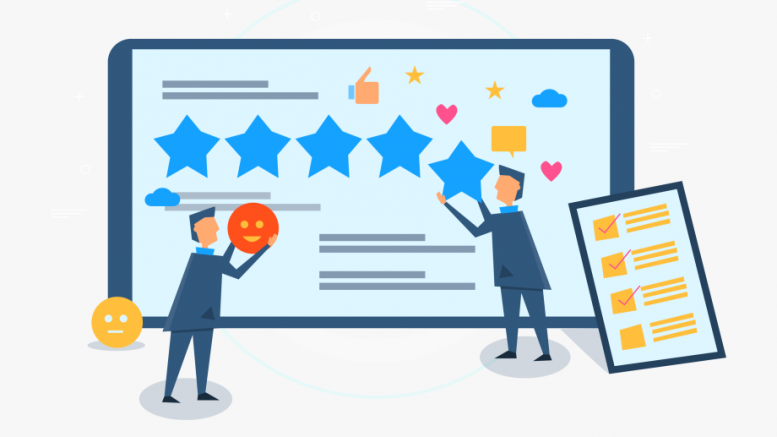 These and more indicate the growing significance of digital presence for companies across industries. Hence it is pertinent for all kinds of companies to not only be present but also be active in this space. Be it the country’s largest energy conglomerate, an engineering company, or an infrastructure giant that may or may not appear to be directly influencing the lives of common consumers, or a bank, a telecom operator or a FMCG company that directly impacts consumers, each of them needs to work on its online personality. This has to be done in a manner that is believable, relevant and engaging. If any of these three elements is missing then the personalities created online becomes unsustainable.

For the intended personality to eventually contribute to a company’s reputation   authentic and interactive communication is needed consistently, over a long period of time. There are quite a few companies, industry bodies and even individuals that have leveraged an online positioning to enhance their reputation. Space research agency NASA, Oil & Gas Company and a Maharatna Bharat Petroleum (BPCL), and a revered personality Sonu Sood top my recall on this.

A Government agency like NASA cannot undertake any paid promotions, as that would mean taxpayers’ money is being spent on an unintended cause. The agency instead leverages social media as a communication platform with absolutely organic communication and has yet built an impressive, loyal follower base of millions across multiple platforms. What did it do right? It most importantly tapped into niche communities of social users to establish connect and engage with them. Remarkably, it has over 500 distinct social accounts – including individual astronauts, rovers, and missions. Secondly, it has something for everybody: the messaging covers diverse topics from mega missions to simpler things like climate change and meteoroid showers that impact people’s daily lives. Similarly, its virtual tours, sneak peaks and behind the scenes’ videos are quite engaging. . In this way, the company has created authentic brand ambassadors globally.

Bharat Petroleum is another such example closer home. What caught my attention recently is their positive messaging throughout the pandemic crisis. They leveraged the concept of #CoronaWarriors and implemented it across their daily operations. This was then proactively communicated through social media platforms to effectively associate with its followers as not just an organization offering oil & gas but also a company that cares for the nation.  Secondly, they adopted the storytelling technique both visually and textually to convey these messages instead of simply broadcasting their efforts. This made the messages warmer and relatable. For instance, they posted video clips and images of how their deliverymen were bracing all odds and delivering LPG cylinders at our homes despite the lock-down challenges. This was quantified, thus giving an idea of the impact created: in the first phase of lockdown they delivered over 5 crore LPG cylinders and operated over 1600 fuel stations to keep nation moving. This helps us visualize the scale of their influence. Similarly, they aptly showed how their fuel stations acted as shelters providing food and necessities to migrant labourers, while following all safety protocols. Additionally, the company also introduced celebrity based responsible messaging for its followers focused on being mindful, especially during the crisis. This goes way beyond the standard approach of broadcasting. The story-based approach, adequately supported by visuals, makes messages relatable, thereby making the association trustworthy and long lasting.

Finally, one of the most talked about personalities of the recent times, Sonu Sood cannot be ignored when we speak of building reputation through an online persona. Though he is one of my favorite actors, I believe he did not get due recognition in the film industry. But what he did make of his celebrity status during the pandemic is commendable: by helping innumerable people initially in migration to their hometown and later in many other requests like food, shelter or job. By virtue of being a celebrity he already had an initial fan following. What worked further are the believable messages that connected with the follower base and extensive engagement by the ecosystem at large. While he did make a strong splash, it will be interesting to observe how it will unfold over the long run.

The significance of online presence is well established in the minds of institutions and personalities alike. Almost everyone has an online presence in some form or the other. The difference lies is elevating the mere presence to positive and lasting associations that contribute in building, establishing or protecting reputation. What these examples portray are the unique ways in which online presence is being nurtured and brand advocates are being built. These advocates not only promote the brand organically but stand with it in times of crisis, thereby creating an ecosystem that is sustainable over long-term.

Finding the purpose (ful) you