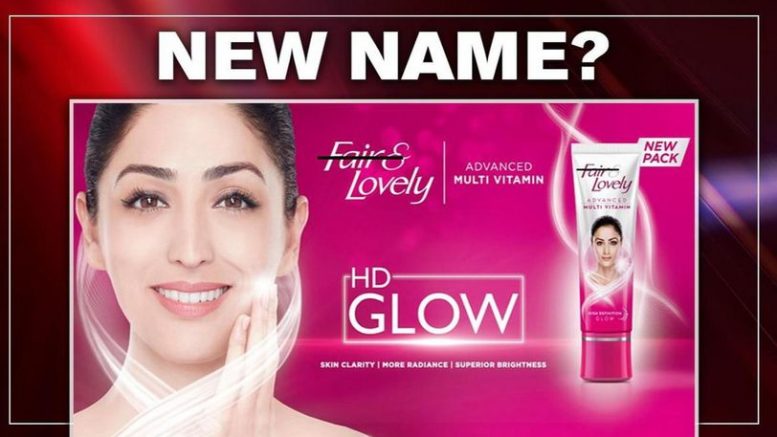 It was interesting to see a large brand like Fair & Lovely react to the global protests on Black Lives Matter to really change their name to Glow & Lovely.

The debate brought up a lot of pleasant memories as my entrance test in college asked us to critique an advertisement. Guess which one I ended up critiquing? Fair & Lovely.

While the entrance exam was for the prestigious Communicative English course, I got a zero in the general advertisement part of the paper, but my critique won my examiners over.

Up until recently, when I designed a test to vet candidates on content, this was one of my questions in the paper, and I was biased to anyone who critiqued Fair & Lovely.

Now, HUL has its own tussle to fight since Emami has launched a similar men’s line, but what’s lovely is the way the customer’s voice is shaping retail trends.

We’ve always heard the customer is king, but I sincerely feel the digital age has made them king. Brands can no longer be cool taglines, or surface-level promotions on CSR. They have to stand for something, and that something has to be real for customers to buy in.

I don’t know why, but as a kid growing up in the Middle East in the ‘80s, I didn’t really see this. We had a number of European brands, but you never heard this voice that the customer was king. Maybe I was too young to notice the customer messages, but I did see a lot of racism in stores because we were Indian.

Today, that’s changed a lot. As far back as 2000, the extremely local cuisine called shawarma got an Indian flavor, and we could see Tandoori Shwarma in the Gulf!

Something’s changed in the way everyone is reacting to a customer, and that is social media. For all the brickbats it gets about being surface level, and all that, it provides a good platform to pushback on issues that matter.

Black Lives Matter is certainly one, and one that will never leave our minds and hearts. My favourite news coverage was MSNBC here, which clearly said if it wasn’t for a 17-year-old, Darnella Frazier, who filmed and uploaded that video, those cops would never have been fired.

While I say this, I’m cognisant of another raging issue in India, on the arrest and tragic deaths of Jayaraj and Bennix in Tamil Nadu. However, that story got into the limelight because radio jockey and signer, Suchitra, was fearless and spoke about it in English to reach the entire world on Facebook.

Social media has given a voice to issues that have long been swept under the rug, accepted as a social norm (even if terrible), and has exposed the underbelly of life itself.

For good communicators, this is the best time to be in any form of communications: journalism, corporate communications, advertising agencies, and the like. You really have a shot at doing something noble (I’m still an idealist).

I remember a friend’s husband had worked on the Cadbury Unity bar, and that was something I felt deeply about. In such a divisive time, globally, here was a brand that spoke about something that mattered, or at least was the very thing that made me most proud to be Indian.

The bar did get criticism about placing each color in a row and all that, but as a customer, it left me feeling like some big brand took my voice, and made it larger, and validated it because everyone around me didn’t think so.

A really good communicator can move mountains by the words they put out, and their voice is amplified by social media, but the customer is the ultimate pull and pressure on social media.

Let’s hope they move whatever needle they want for social good and well-being!